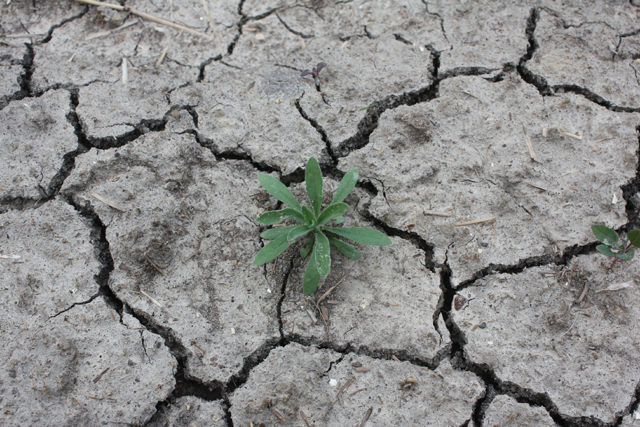 The fifth iteration of the Agriculture and Agri-Food Canada-led Prairie weed survey series took place in 2014-15 in Saskatchewan, 2016 in Manitoba and 2017 in Alberta. With data from over 23,000 fields and spanning five decades, it’s easy to take the weed surveys for granted. But it’s this very data that makes the Canadian Prairies the envy of other regions looking to set up their own benchmark weed surveys, both nationally and internationally.

Weed surveys provide a “snapshot” of weed species presence and distribution across the Prairies. Cereal, pulse and oilseed field crops (having greater than 100,000 seeded acres in a province) are the focus, with the number of fields surveyed per crop proportional to seeded acres. Fields are surveyed in late summer with the goal of assessing weeds after management practices have been applied.

Weed species are identified and counted at 20 locations along a “W” survey pattern. Data from all fields is compiled and used to determine the following for each weed species:

The relative abundance of a weed species is then calculated by combining the three measures above, after normalizing these against all weed species. Because relative abundance is standardized and unitless, it can be used to rank and compare weeds. It is also comparable within crops or regions. Top-ranked weeds are one of the most familiar outputs of the weed surveys.

Although surveyed weeds have effectively escaped management, a species’ rank is not necessarily indicative of how hard it is to control. Relative abundance is also not a measure of weed competitiveness, which generally varies by crop and emergence timing.

Take green foxtail, for example. It’s been the number one ranked weed on the Prairies for over 40 years but is an unlikely candidate for the “worst weed” title, even though it’s an opportunistic and prolific producer with herbicide-resistant populations. Similarly, as a former weed specialist, I used to field a greater number of calls on how to control lower-ranked yet troublesome weeds, such as foxtail barley, kochia and night-flowering catchfly, than top-ranked weeds like green foxtail.

That said, most of you would include many of the top-ranked weeds as target species when making weed-management decisions in annual crops, and consider many of them tougher to control, like wild buckwheat, wild oat and Canada thistle.

Relative abundance or weed rank can also be used to effectively monitor species shifts over time. This data is probably the most enviable outcome of the Prairie weed survey series. Especially when these shifts can be linked to changes in farming practices.

Increasing use of highly-effective herbicides is one such change from the 1970s to now that has resulted in dramatic decreases in certain weed species. Wild mustard, a former driver weed, dropped 15 ranks over this period and is a notable example of improved control. While the data is not shown here, increased weed control has also decreased overall weed abundance over time, with the most recent survey having the lowest weed abundance yet.

Widespread adoption of reduced and zero till is another monumental shift in management that occurred over this time frame. In spite of more effective herbicides, an increased reliance on chemical control appears to have been selected for weeds that are more tolerant of herbicides, such as wild buckwheat (+1 rank) and cleavers (+37 ranks). But decreased tillage has also led to major weed species shifts from dominantly disturbance-loving summer annuals to winter annuals and perennials, including Canada thistle (+1 rank), foxtail barley (+26 ranks) and narrow-leaved hawk’s-beard (+15 ranks).

Also of importance are changing crop rotations. The clearest evidence of this can be seen in the ranking of crop volunteers, with high-acreage crops like canola and wheat coming in among the top 10 ranked weeds. Crop rotation has additional but more subtle influences on weed species composition due to competitiveness, life cycle and in-crop herbicide options.

In addition to assessing changing management practices, timely weed surveys to monitor species shifts are useful in identifying “new” weed issues. Large and relatively quick jumps in rank by spiny annual sow-thistle since the 1980s (+130 ranks) and by volunteer canola since the 1990s (+13 ranks) help quantify how important these weeds have become. More recently in Manitoba, yellow foxtail jumped 24 ranks since the previous survey to end up in the top 10 ranked weeds and populations were found to have previously unknown resistance to both Group 1 and Group 2 herbicides. Based on this weed’s westward-moving distribution, it’s likely that Manitoba’s current red flag will be passed to Saskatchewan in the future.

I’ve only covered a few of the many factors that contribute to the complex flux of weeds in annual crops framed by weed surveys. The take-home message is that, while the Prairie weed surveys do not replace on-farm scouting, they do give a general sense of the weed species that may be issues in your region and crops. Over time, these surveys may also help identify practices that influence our weed-management decisions.

So, if you receive a call asking to participate in the next round of weed surveys, consider saying “yes.” You just might end up the envy of the greater farming community.