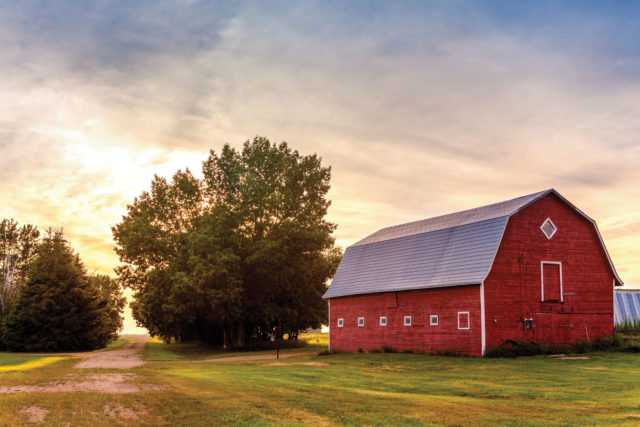 For farmers getting close to retirement, the thought of turning over the operation can be daunting. Even worse are the times an unexpected event forces a farm’s transition to the next generation.

Enter succession planning. It’s a process that can take years, cause tears and is best taken on with trusted and knowledgeable guidance. Every family’s planning needs are unique, but there are many advantages to learning from others.

The Greig family of Reston, Man., operates Avondale Seed Farm and is working on their succession plan as the farm transitions to two of their children and their spouses. The new third generation is working to figure out their roles and responsibilities around farming the 6,000 acres of pedigreed seed and small beef cow herd.

Having combined their parents’ farms, Fred and Lori Greig understand the importance of planning. “We’ve been through this already so hopefully we can make it a little easier on this next generation,” says Fred.

Their daughter Stephanie and her husband Jordan Roper have farmed with them since 2015, while son Cam and his wife Jordan returned in 2017. Allison, a teacher, is content remaining off the farm, so far.

With their kids’ choices, comes the Greigs’ biggest challenge – working out a succession plan that treats each of them fairly. “We need to leave a legacy that ensures they’re all speaking and that any extended family are happy,” says Fred.

He and Lori started their planning process with their accounting firm that also handled the farm’s previous transition when Lori’s parents retired. Knowing the intimate details of their farm business, their accountant has worked as the family’s facilitator for more than three years. “They understand exactly what we want to do, and they came back with some plans and suggestions we’ve been able to tweak to suit our own situation. We don’t mind leaning on a group like that,” says Fred.

The planning process has included a valuation of the farm and business, gradual transferring of preferred and common shares as well as a life insurance policy. Each step is designed to ensure a fair end result, with enough value to keep the farm sustainable for the farming children and an equivalent inheritance for the non-farmers.

The Greig family has learned that in striking a fair balance between farming and non-farming children, “equal” is not necessarily the same as “fair.”

“As an example, if you leave a certain amount to a non-farming child, it can look like you’re leaving four times that to your farming children. But, on any given year, the non-farming child, who doesn’t need the money to keep the farm operating, can make more money letting their portion sit in a savings or GIC account,” says Fred.

Furthermore, the plan needs to consider possible changes in circumstances, such as children leaving or returning to the farm. “With three family units involved now, it’s created a new dynamic,” says Stephanie. “We do have some unknowns around roles and responsibilities to figure out. Part of the plan has to consider beyond this transition to all our children, as well.”

For Fred, being proactive has been key to their family’s success.

“If you don’t get at this before something happens, and come into the position where you have to, that adds a whole other level of stress. We’ve learned if you can do it ahead of time, you can take the time to do it right,” he says of the biggest lesson he’s learned.

Near Warner, Alta., the Otto family is well into transitioning Provident Farm Ltd. into its fifth -generation. As Brian and Carolyn step back, son Andrew and his wife Shauna have stepped up to run their 4,300 acres of grain, oilseeds and pulses. Their other two children are both married and work off-farm.

Brian says the loss of a longtime hired hand initiated the planning process in the fall of 2013, when he was 65. “I said to Carolyn, ‘maybe we should be thinking about slowing down, but how are we going to continue running the farm?’”

Meanwhile, Andrew was working as a heavy-duty mechanic and shop foreman in Taber. The Ottos knew if Andrew and Shauna wanted to farm, the kids had big decisions to make. So, once the couple chose farming, the transition planning began, although Brian and Carolyn had already been working on it for several years.

The Ottos’ biggest concern was determining the fairest way to settle the estate for each sibling. “We want to ensure that all our children are treated equitably when we’re no longer here,” says Brian. “The big question to us is: what is equitable?”

They also needed to ensure Andrew and Shauna could afford to keep farming and make a good living into the future. “We don’t want them saddled with something they can’t afford once we’re gone.”

To start, the whole family gathered for a weekend of open communication to discuss expectations. They then worked these details out with their transition lawyer and longtime accountants who acted as facilitators. They created a solid plan over several individual and group meetings.

Now into their fourth year, the majority of responsibility, decision-making and operations have transitioned to Andrew. As he carries on from Brian’s 48 years building up the farm, working together has been rewarding.

“I’ve enjoyed that. His heavy-duty mechanic and management experience fits in nicely and it’s given him the advantage of strong people skills. The way he deals with challenges may be different than how I would do it, but it is working well,” says Brian.

Communication is key. “I can’t say it enough. Everyone has to understand what their position is—the parents, the children and the in-laws,” says Brian. “We recognize that we are not just transitioning to Andrew. We’re transitioning to his family, to Shauna and our three granddaughters, and we are including our other two children in this process. We are very comfortable with this.”

Although discussing death and the next generation is grim, it is a necessity. “This process forced us to have the difficult conversations about what’s going to happen when my parents aren’t here anymore. The worst thing you could do is not have a plan,” says Andrew.

Even with a plan in place, Andrew also must consider his non-farming siblings’ future. His current plan is to expand the farm and eventually buy both out. “It’s all got to be split up somehow. So, we feel like we need to grow the business enough that we can afford to deal with that and keep the business going at the same time.”

Fortunately, early planning leaves time on their side and space for that growth. “If we hadn’t started talking about the transition process, I don’t think I would have worked so hard to get educated on the operation,” says Andrew, whose big takeaway is the massive amount there is to learn as the majority owner of the farm.

The Faye Family Plan: Do the Research

Zenneth and Cindy Faye have operated Diamond F Farms near Foam Lake, Sask., for 40 years. Having two daughters, they were not always certain about the farm’s future, but today they are well into transitioning the farm to their daughter, Brittany, and her husband, Steve. Their other daughter, Ambrely, farms with her husband, Garett, on his family’s farm north of Tisdale, Sask.

Brittany and Steve first expressed interest in operating the family farm three years ago, despite being students and working on the side. After a three-year trial period, they decided farming was their future.

Zenneth and Cindy had already been discussing the farm’s succession, and built a team with legal, financial and facilitation expertise to help them.

The first task was their retirement plan. “Knowing all those real costs to sustain a living for the next 20 years is tough,” says Zenneth. “We used services from some banking institutions to gain insight about what would be required. It was a difficult process, very eye-opening.”

They worked out fair scenarios for both daughters while positioning the family farm to continue positive growth.

After frustrating encounters with professionals only interested in cashing a cheque, Zenneth says his biggest lesson has been the non-negotiable of a top-tier transition team. “It’s so important to engage professionals who have worked with families right from the get-go. Facilitators who don’t just handle certain sections of succession planning and can take an all-encompassing approach,” he says. “You want the team you are paying for to work on your best interests and the individual situation, not just fill in templates.”

One huge help is to reach out to trusted people in the industry, even if it is a sensitive subject. “I asked around my network of friends and association contacts to see about who they used and how their experience was. I would ask who not to use as well.”