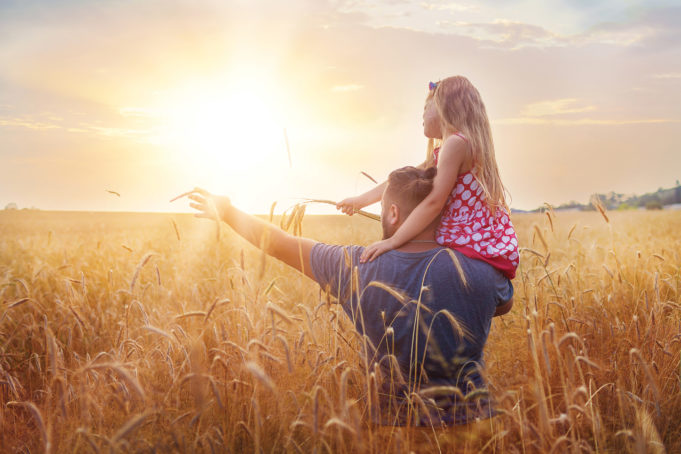 Editor’s note: Due to sensitivity around family relations, the farmer in this story has provided comments under an alias.

Not so long ago, farm succession planning was simple: the oldest son would follow in his father’s footsteps, inherit all land and virtually all assets. More recently, families have tried for better equality, often using financial tools like life insurance to try to balance inheritance between on- and off-farm children. Then, land prices soared. Today, many farms boast land worth millions of dollars, but few other assets. Though the rules and regulations that govern succession planning’s financials haven’t changed radically recently, and don’t appear poised for major changes looking forward, the dollars and cents of farm transition are vastly different than they’ve ever been before.

“I always knew I wanted to be a farmer. I pictured that meaning I’d have my hands in the dirt and grease under my fingernails. I never thought it also meant studying up on tax regulations and spending hours with a financial planner, but that’s the reality of farming today,” says Manitoba farmer Mark Smith.

Smith, together with wife Anna, is about three years into 10-year plan to take over the ownership and operation of his family’s 1,440-acre grain and oilseed farm. Like most families facing transition, the Smiths are trying to juggle multiple priorities: they need to make sure his parents are set up for a comfortable retirement, the farm has to stay on good financial footing, the estate has to be fair to Smith as well as his sister and brother, neither of whom want to farm.

“I’m not kidding when I say it’s been daunting coming up with solutions that seem fair and workable,” says Smith. “Sometimes I think we need our farm [succession planning] advisor on speed dial, other times I feel like hiding when he calls.”

Joking aside, Smith says his advisor is one of the biggest reasons they have been able to get as far as they have on their succession plan.

Don’t have a farm advisor of your own yet? Smith has simple advice: “Get one today. If you want your farm and your family to survive transitioning to the next generation, invest in expert advice.”

That advice can prove valuable when looking into the deep finances from a farm.

Capital gains exemptions haven’t changed since maximum exemptions rose from $800,000 to $1 million in 2015. That said, the recent ramp-up in land value may catch some people unaware.

“Where in the past it was pretty common for farmers to sell their land on a fully exempt basis, now people are wrapping their heads around the fact that they will have to pay some actual tax on the sale, not just an alternative minimum tax,” says Luther VanGilst, a chartered professional accountant who specializes in farm finances for Baker Tilly REO LLP. “No one likes to pay tax, but you need to look at how much more return you’re getting. Even if you’re paying tax it’s at a very low average tax rate, and you still end up ahead due to the increase in land values.”

One of the biggest tax frustrations surrounding succession planning today is the current capital gains rule that make transferring shares in a corporation to your children very expensive. If a seller sells to an unrelated next-door neighbour, the seller can claim a capital gains exemption and the buyer can fund the purchase with lower tax dollars from their farm corporation. The same isn’t possible if the sale is between family members.

[the parents could claim the capital gains exemption, but the children must
fund the purchase with higher taxed personal income]

, or another way so it’s worse for the retiring generation [the children could fund the purchase with lower taxed corporate income, but the parents cannot claim the capital gains exemption], but either way it’s better tax-wise to sell to your neighbour,” says VanGilst.

The rule may seem unreasonable, but it is in place for a reason.

“If the non-arms-length share purchase rules weren’t in the Income Tax Act, it could be possible to start doing some very creative things. Depending on your perspective, not having it in the Act could open up the opportunity for abuse. At the same time, it’s standing in the way of very legitimate transactions,” says VanGilst.

Two years ago, and again in their most recent election platform, the Liberal government promised that they’d look into enacting a change that would better serve farm families. No plans have yet been proposed.

“It’s a wait and see thing,” says VanGilst. “We’ve been waiting for a while.”

While the government has been slow to enact change to capital gains exemptions, they did move forward with changes to Tax on Split Income (TOSI) as announced two years ago. TOSI most commonly applies to dividends from private corporations. Under the new rules, dividends are to be taxed at the highest marginal tax rate unless the person receiving the dividend qualifies for one of several exclusions. This rule is extremely important at succession planning time as it can help manage tax burden for both the retiring generation and for non-farming kids who might have worked on the farm in the past but don’t anymore.

With rising land prices, more and more family farms are turning to incorporation, especially as they work through the succession planning process. While incorporation brings certain tax advantages, it can also carry deferred tax liabilities.

“Most Canadian farmers haven’t fully accepted that they have a huge deferred tax liability,” says Bob Tosh, a farm business advisor with MNP in Saskatoon, Sask. “The deferral mechanism has been great for cash flow but the CRA isn’t benevolent. You need to acknowledge the liability and be aware of what specific factors could trigger a taxable event for your farm business.”

While farmers can transfer inventory and shift that income into a corporation, they can’t capture the income from pre-paid expenses or accounts receivable that are transferred into the corporation. They also can’t transfer liabilities in excess of the tax cost of assets.

“[Theoretically,] say you borrowed $200,000 to buy cattle to expand your herd and, for simplicity, let’s say you could finance that at 100 per cent. You have option to write the whole amount off, if reporting income on the cash basis, which would give you a $200,000 liability, but for tax purposes you’d have no asset. The problem is that you can’t transfer a liability with no corresponding assets into the corporation on a tax-free basis,” says VanGilst.

In last fall’s economic update, the federal government announced a temporarily faster capital cost allowance (CCA). While the change plays in farmers’ favours most of the time, it can catch those wanting to incorporate. For example, says VanGilst, imagine if you borrowed $1 million to build a barn. After one year of a 25-year term, you’d still have in the range of $950,000 in debt. However, the change to depreciation rules means you could write off $150,000 in the first year, leaving you with a liability higher than the corresponding asset (which would now have a tax cost of $850,000).

“Maybe you can depreciate a major purchase quickly but, if you know you’re going to incorporate, maybe you opt not to then. Maybe you choose an optional inventory adjustment. Maybe you leave one bank loan—one that has the most favourable terms—out of the corporation,” says VanGilst.

While these and many other financial details associated with succession planning are challenging to navigate, Smith believes planning is worth the effort.

“I really love sitting on a tractor. I really hate sitting in front of a webpage reading about how to minimize our taxes. But you know what? The hour I spend learning about tax rules makes me more money than an hour sitting on my tractor.”