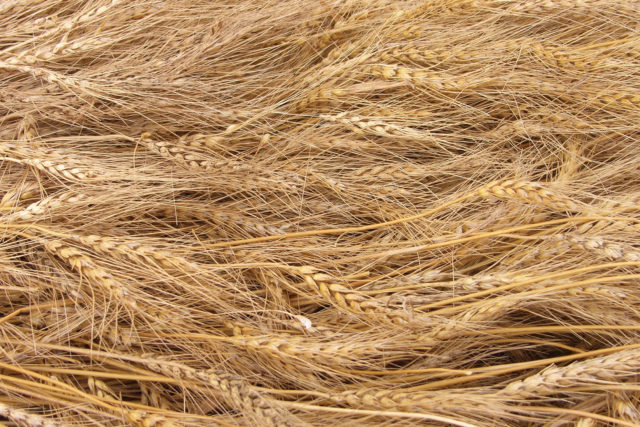 As I sit on my combine harvesting my little field of wheat, I cannot help but be somewhat confused by this crop. With below average rainfall and subsoil moisture, we are harvesting what will be the best yielding hard red spring my farm has seen. In 2017, the rainfall in my area was even worse, yet wheat was very resilient and ended up with great yields. The price of wheat today is right around $7/bushel. I can count on one hand how many times I have sold wheat for that high of a price in the past 15 years. Production is strong, and prices are staying up.

These great yields and great prices are leading producers to question why they bother with peas that lay down, lentils that get disease and flax that is difficult to manage at harvest. We are back to a time when wheat is king. Even considering the great economics of canola, wheat has a chance to have a better net profit per acre in 2018.

This new love affair with wheat has me looking to 2019 and beyond. I am having more questions than answers. How do we grow these great wheat crops with no rain? If the economics continue to show exceptional profit, how much more wheat will we grow? Will this additional production negatively influence the markets? If wheat is yielding higher than average in Western Canada, what about the rest of the world? Will the world overproduce and drive the markets down?

Are we growing more wheat per acre?

The first thing I discovered is that we are becoming much better at growing wheat. Stats Canada reports that wheat yields (this is all types including durum) have been rising. In the early 2000s the yield was 36 bushels per acre. From 2007 until 2016 the production per acre went from 34 bushels per acre to 53. That is an increase of 56 per cent! Research and technology are playing a big part, but Mother Nature must have something to do with this. In that 10 year period there were some ups and downs due to weather but overall, but we are getting much better at producing wheat.

Not being an agronomist, I can only speculate what the reasons for this increase might be. No doubt, the plant genetics are much better. There may be a better uptake of agronomic information out there like fertility, planting rates, seed treatments and micro nutrients. The usage of fungicides has definitely become more main stream. With the last two years being a bit drier and seemingly insect free, I wonder how much damage disease and bugs were doing to our crops in the past. Even with fungicides and insecticides, the damage may have been more widespread than we thought. Regardless of the reasons, the stats are there to prove that we are growing more wheat per acre.

Are we increasing acres of wheat?

The next part of my question deals with wheat acreage. How much do we grow and what will the next few years look like? From 2007 until today we have consistently been growing between 21 million and 25 million acres. In 2013 we bumped up to 26 million, but that only happened once. Based on the seeded acreage numbers, there is no real trend one way or another; some years it is up, and others it is down.

This question deals with overall production in Canada. Just because acreage is not shooting up, we know our ability to grow is increasing and this will impact overall production. From 2007 to 2016, production went from 20 million tonnes per year to 32 million tonnes. That is a 60 per cent increase in total tonnes produced. So, we are most definitely growing more wheat.

Are we overproducing and driving markets down?

What happens to all this wheat we are growing? Stats Canada shows that someone is using it. Between exports and domestic use, Canada gets rid of most of the wheat we grow every year. From 2007 to 2016 total usage of wheat has gone from 22 million tonnes per year to 31 million tonnes, which is a 41 per cent increase. The increase in usage is not quite keeping up with the percentage increase in production. This does not seem to matter much because our ending stocks have been decreasing in the past three years. Stats Canada estimates ending stocks for this year to be 5.5 million tonnes, which will be one of the lowest numbers in the past 12 years.

What about the rest of the world’s wheat production?

In regards to other country’s wheat production, I do not feel confident enough interpreting the data that is out there. I can only assume that the technology and research that is allowing Western Canada to enjoy high yields is also available throughout the world. If the rest of the world is growing more wheat, it is not slowing down exports. Canada is still selling what it needs to each year. Perhaps some of our export success has to do with our ability to grow high quality hard red spring wheat. This is evident whenever the world needs extra protein to make better bread. They come to Canada to get our wheat.

It is easy to see in our society that wheat has a bad reputation. I have a concern as to how this will eventually negatively affect agriculture. When I walk through the grocery store I see labels boasting “gluten free” everywhere. I was in a pet store the other day getting some food for my dog and I overheard another customer talking to one of the employees that their dog needed “grain free” dog food. What kind of a world are we in that we afraid to feed a dog grain? It appears that in the general population, wheat has become a swear word.

Celiac disease is a real disorder and I do not want to make light of it, but if you do an Internet search you will see that 1 per cent of the population has celiac disease. The distain for gluten and whole grains does not come from the world of medicine.

I have a used registered nutritionist to assist in creating a healthy meal plan. She always included whole grains. The Canadian Food Guide still promotes whole grain foods. I am confident that science supports wheat in our diet.

Whatever negative information is out there regarding the wonderful high quality wheat we grow in Canada, it is not lowering sales. Based on our export and domestic use, more people are eating wheat today than 10 years ago.

How much wheat will we grow in 2019? I am not sure. Will it be enough to flood the marketplace? I am sure it will not be. Overall, Canada is small player when it comes to wheat from a global perspective. The US (from USDA) seeds approximately 50 million acres each year to wheat, which is over double what Canada does. So you can see that globally, we do not affect markets.

Based on economics, 2019 will bring a large amount of wheat acres. If it will be record breaking or have any effect on the markets is still too early to tell. What I know for sure it that Western Canadian agriculture works much better when wheat is king.