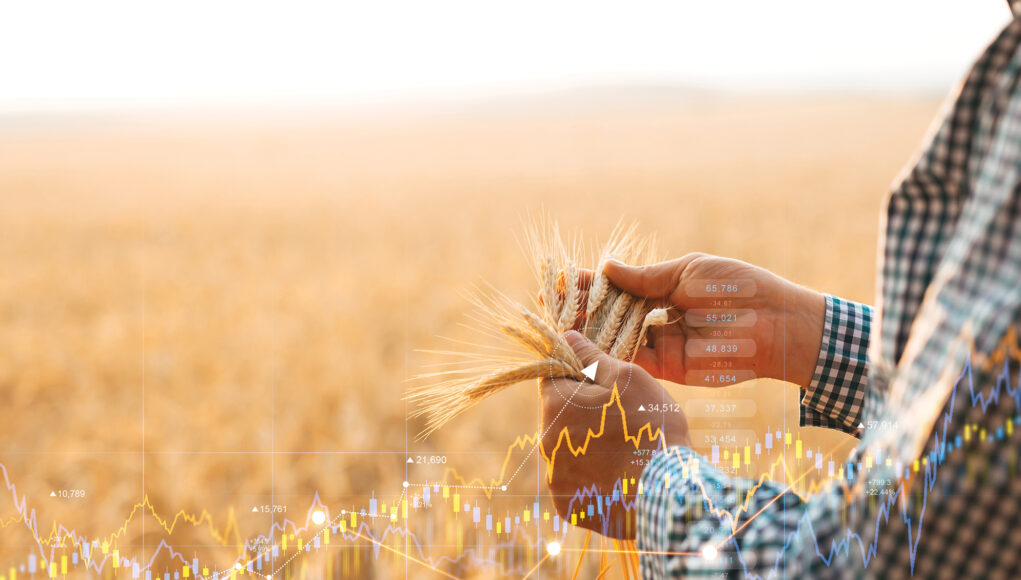 What a difference one year can make regarding the interest rate market. In summer and early fall 2021, rates were low and the market was stable. Since then, rates have gone up continuously. How high will they go? When will they begin to go down? How will this affect your farm? What can we do to lessen the effect of rising rates? These are the questions producers have.

Before we tackle those questions, let’s look at why rates are going up and which rates are being affected. Canada’s inflation rate is very high and needs to be addressed. If we look back at the last time we had double digit interest rates in the early 1990s, the inflation rate was comparable. In December 1990, inflation was five per cent. In January 1991, it was 6.9 per cent. We are now experiencing over seven per cent inflation and it appears to be going higher. The Bank of Canada had to act to try to get this under control.

The Bank of Canada’s website has abundant historical data available. It allows us to look at the last time inflation rose and interest rate hikes were used to combat it. Around 1987, inflation was around 4.3 per cent, while the Bank of Canada’s overnight rate was 7.3 per cent and the prime lending rate was 9.25 per cent. By the early 1990s, inflation had risen to as high as 6.9 per cent. That period of time held our most recent highest interest rates. The overnight rate went up to 13.8 per cent and prime went to 14.75 per cent as of April 1990.

These numbers in comparison to today can make a producer very nervous. If six per cent inflation caused lending rates to go to 14.75 per cent, what will seven or eight per cent inflation cause? I think this is an incorrect comparison. I listed the 1987 lending rates above to show where rates were before and to show the relative rise. In 1987 the interest rate market was relatively flat, low in activity. By 1988, rates started to hit double digits. From 1987 to 1991, the Bank of Canada overnight rate went up 88 per cent and prime went up 60 per cent. This period can represent our most recent years.

When the central bank changes rates, does it affect inflation?

Based on what happened the last time we had inflation this high, our interest rates have risen higher already. Everyone is wondering how much higher they can go. I believe they are getting close to the top. Relatively speaking, they have risen more than they did in the 1990s.

I do not think we can directly compare apples to apples and say that 1991’s 14 per cent interest rates will return in 2022/23 just because the inflation rate is about the same as it was then. If we look at 1993 to 1996, inflation was two per cent or less the entire time and the Bank of Canada overnight rate was approximately five-to-eight per cent while prime was 7 to 9.75 per cent. Those rates are high compared to today and with inflation under two per cent, there was no central bank policy in place to slow economic growth. These were the rates chosen to maintain the economy.

We have a different interest rate economy today than we had in the 1990s. Rates do not have to rise to double digits to get inflation under control.

The governor of the Bank of Canada says by 2024, inflation will be back to two per cent. If we look at the historical data, 1990 and 1991 were high inflation years, while in 1992, it was back down again. Based on history and the governor’s predictions, I am estimating a higher interest rate environment for 2022 and all of 2023.

On your farm, avoid locking in rates today that go past 2024. I would not recommend a five-year rate today taking your expiry to 2027. If you need the stability and are happy with the rate, go ahead, but economically speaking, there will be lower rates to come. If you have variable rates, measure the actual dollar difference it is costing you with the increase. Depending on the debt type, you may not have a choice of fixed or variable. If you have an operating line of credit, your lender will not allow you to fix that rate. All you can do is negotiate the best deal. Machinery dealers will still have good rates with buy downs to entice buyers.

How high will they go? Experts are saying there is another one-and-a-quarter per cent–125 basis points–that the Bank of Canada may get up to. This would be an overnight rate of three-point-seven-five per cent and create a prime of 5.95. If this happens, that increase will be much higher than we experienced in the 1990s from a relative perspective. It will not be the end of the world if those are the rates for a year or two.

When will they begin to go down? They will go down once inflation is at two per cent. If the Bank of Canada is correct this will occur late 2024

How will this affect your farm? If you have a lot of fixed rates that do not expire until 2024. There may be little effect. Your line of credit will cost you more. Your trade lines at retailers will cost you more. Take a look at your last financial statement and see where interest costs are relative to fertilizer, fuel or the increase in your revenue. I am going to guess that a higher cost of borrowing will not affect you that much.

What can we do to lessen the effect of rising rates? Borrow less money, renew mortgages coming due now for three years instead of five and negotiate a better deal for your operating line of credit.

An important distinction is fixed rates versus variable. All of what we have mentioned above has to do with variable rates. Bank of Canada sets the overnight rate which affects prime which affects variable rates. Fixed rates do not follow that pattern. Fixed rates that lenders charge are based on a spread from Government of Canada bonds for the applicable time period – five year mortgage rates come from five year Government of Canada bonds rates. If one goes up or down, so does the other. Generally speaking, variable and fixed rates go up and down together, but not specifically. We are seeing fixed interest rates drop in the summer of 2022 as prime jumped one per cent. The drop is not big, but it is still a drop rather than an increase. If fixed rates continue to be flat, your mortgage debt will not be as affected as you might think since most of that type of debt will be fixed rates.

The key is to actually look at your debt and determine how rate increases will affect your farm financially in real dollars. Once you know this, you will be able to make better decisions.