Home Sprayers 101 How are Pesticides Registered, and is it Good Enough? 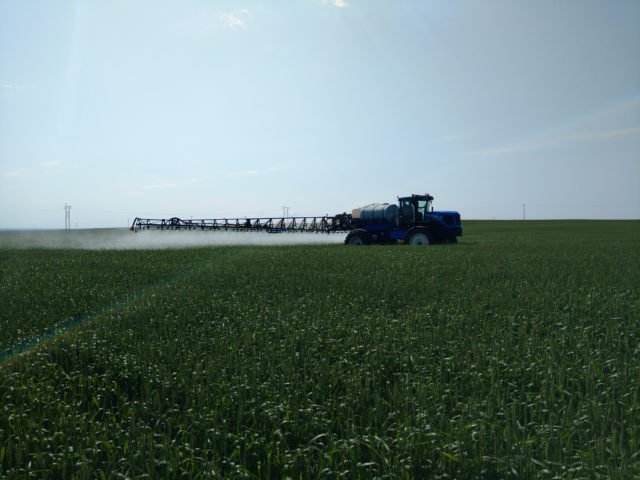 Mainstream agricultural practice includes pesticides as an essential and beneficial part of crop protection. The introduction of herbicides, for example, has permitted a reduction in tillage, saving not only fuel and time, but also diminishing soil and wind erosion that’s associated with soil disturbance.

Detractors of pesticides point to the onset of pesticide resistance, to studies that link pesticide use to cancer, and to evidence of pesticide residues in water and food. They fear products that can kill pests can also kill all other living things. They lobby local governments to restrict pesticide use to prevent negative environmental and health impacts, and don’t believe that regulatory systems are effective.

These debates seem endless partly because they are rooted in deeply-held belief systems that aren’t easily dislodged. But given the recent disregard of overwhelming scientific evidence of the safety of glyphosate, for example, it’s worth our time to critically review how our regulatory system works and identify its weaknesses.

Since synthetic pesticides were introduced into agriculture since the 1940s, the pesticide industry has indeed made errors. Early products such as DDT were discovered to bioaccumulate, harming bird reproduction. Others were found to harm human health. Some were found to leach excessively, contaminating groundwaters.

Detractors love using these examples as evidence that pesticides are harmful. But they serve instead as evidence that the regulatory system works, as these products were restricted or removed from the market for exactly these reasons.

In Canada, the Pest Management Regulatory Agency (PMRA) is responsible for regulating the use of pesticides. PMRA operates in the federal department of Health, and according to their website, is mandated “to prevent unacceptable risks to Canadians and the environment from the use of these products.” When a registrant wishes to register the use of a pesticide, PMRA is tasked with reviewing the supporting documentation, conducting risk assessments and proposing a decision. They do this by consulting scientific studies to make evidence-based decisions, at least in theory.

According to the PMRA website, there are 10 parts to a PMRA pesticide review. Toxicological studies form a major component of a submission. PMRA uses international-recognized test guidelines published by the U.S. EPA or the OECD. Data is required not only for the active ingredient, but also possibly for contaminants or impurities, metabolites or degradation products, formulants, or any combination of these.

Because a toxicological review forms a major part of a use review, let’s go into more detail of what’s required.

The first toxicology studies describe acute toxicity through various routes of exposure. These are published, for example, as LD50, defined as the dose that results in the death of 50 per cent of the test subjects. LD50 is often used to compare the relative acute toxicities of various substances, but this value is an oversimplification of adverse effects. Up to nine studies may be required (dermal, oral, inhalation, etc.).

Short-term studies, comprising at least 10 per cent of the subject’s lifetime, are conducted on test subjects. These studies identify possible cumulative or delayed effects, and help assess the reversibility or persistence of the effects.

Long-term studies are used to assess the oncogenic potential of a product when a subject receives the product over the majority of its lifespan. Protocols are expected to use several doses that allow assessment of dose response. A dose response permits the identification of a safe dose, one that results in no observable adverse effects.

Reproductive studies assess both male and female parents on gonadal function, estrus cycles, mating behaviour, conception, parturition, lactation and weaning. Observation of progeny from conception through lactation and weaning may enable the detection of possible adverse effects on survival, viability, development and behaviour. These studies have a pivotal role in determining the potential sensitivity of the young animal.

Developmental studies focus on the pregnant female to study embryo and fetus development and identify any organ or other malformations.

Toxicokinetic studies are done to analyze the absorption, distribution, metabolism and excretion of the product.

Neurotoxicity involves studying effects on the brain, spinal cord and the nervous system. They include assessment of behaviour or senses, and may be done using a range of observational testing.

All these studies are aided by the requirement for mechanism of action studies. Knowledge of MOA assists in interpreting the observed toxicological properties above.

When several active ingredients are proposed to be mixed together in an end-use formulation, a full complement of acute studies is required. Additional studies may be required when mixtures have synergistic efficacy.

Another major component is Occupational and Residential Exposure, which studies the dermal and inhalation exposure of humans over the short to long term. Occupational exposure is directed at individuals who mix, load and apply products, or who work in treated areas. Residential exposure looks at dermal, inhalation and incidental oral exposure, and may evaluate the following:

The remaining parts of the PMRA review include metabolism or toxicokinetics; food, feed and tobacco residue; environmental chemistry and fate; environmental toxicology; and value assessments. As with the previous parts, each requires standardized data from the registrant.

Extensive product efficacy data is reviewed so that the lowest effective dose can be registered. This safeguard is rare among OECD nations, as it requires considerable additional testing effort by the registrant and the regulator, and poses a cost barrier to entry into our marketplace.

Not only does the toxicology have to pass muster, the product needs to have demonstrated value. In other words, it has to be shown that the product controls pests economically and address needs in the marketplace.

After the basic science is evaluated, additional risk assessments are conducted. For example, if the label rate is capable of causing impacts on non-target aquatic or terrestrial organisms, mitigating practices such as buffer zones are added to the label.

When conducting risk assessments, PMRA may choose to apply additional safety factors for vulnerable populations such as children where extra caution is required.

The registration review can take over a year during which additional data may be requested. At the review’s conclusion, a proposed decision is published by PMRA for a 90-day public consultation period. During this time, members of the public can voice concerns that are taken into account and may be answered in a followup document.

Once a registration is granted, it expires after five years, earlier if warranted, and must be renewed by the registrant. Only products registered by PMRA can be legally sold or used in Canada.

So, What’s the Problem?

The whole thing sounds pretty solid, doesn’t it? But any system will have weaknesses, dictated by imperfect knowledge and inadequate resourcing. All the toxicology testing is, out of necessity, done on surrogate species. Not all off-target species can be tested. Not all environmental conditions can be simulated.

Critics often point to older products being less safe because they were registered using now-outdated protocols. For this reason, PMRA has a re-evaluation interval of 15 years after which an older registration must be evaluated using current standards and procedures. Some older products have been removed from the market after re-evaluation showed unacceptable risks. However, re-evaluation lags behind the intended schedule due to resource limits.

Other criticisms involve so-called trade secrets contained in a formulation. Although composition is not disclosed to the public due to the competitive nature of the business, these ingredients are not exempt from scientific scrutiny.

Criticisms also originate with the end users when important products are removed from the market despite the lack of adverse effect evidence. Critics say being too careful can place Canadian producers at a competitive disadvantage, or encourage a return to older products that may have other undesirable effects that have not yet been properly evaluated.

Other safeguards also exist. When the new Pest Control Products Act came into force in 2006, it included mandatory incident reporting. This means if any evidence of an unknown adverse environmental or health effect came to light, it had to be reported to PMRA for consideration. It also includes regulation-making authority by PMRA that allows flexibility in tailoring the Pest Control Products Act to emerging situations.

There is some fast-tracking in the system. Reduced risk products (those known to have negligible adverse toxicological or environmental effects) that are already registered by the U.S. EPA can be registered faster. This is intended to encourage those alternatives in the marketplace, particularly for minor uses.

On the whole, the regulatory process conducted by PMRA has often been called among the most thorough in the world. It’s not perfect, but is definitely designed to operate on the basis of scientific evidence evaluated by scientists. Additionally, it has built-in flexibility that brings new methods and results into play. That may not convince the detractors, but should give confidence to producers who are equally concerned about maintaining a healthy environment in which they and their families can prosper.