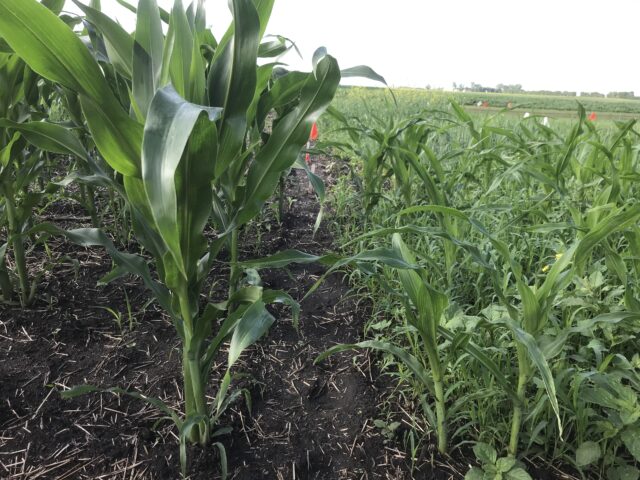 There is no doubt that weeds result in yield losses. As a science, like physics or chemistry, there should be an easy way to measure the economics of this issue. Farmers would benefit from a formula and a black and white decision-making tool to assess the necessity of a weed control action. A simple, effective calculation of the return on investment would allow science to prevail over emotion and ensure every weed control activity is necessary and worthwhile. This basic idea has led to the development of economic thresholds of specific weeds in certain crops but, to a certain extent, has stalled there. The relatively straightforward concept is complicated by the complexity of the interactions of weeds with crops.

One of the influencing factors of the competitive ability of the weeds in the winter cereals is the relative time of emergence. This seems simple – whichever plant emerges first is likely to have the advantage. The plant should dominate based on access to all the things that allow for growth. Crops and weeds vary in their competitive ability based on the growing conditions including the availability of moisture and nutrients, air and soil temperature and other environmental factors. But, even in situations where plants, weeds or not, are growing and a crop is germinating, there is scientific evidence that a germinating plant is negatively impacted before it ever emerges to compete for resources. Weed scientist Clarence Swanton and his research team at the University of Guelph have demonstrated that the yield potential of a plant is permanently reduced by early season stress, and what mathematical equation will ever be able to reflect the competitive impact of plant interactions prior to germination?

As we are all aware, no field is just one weed, the weeds are never evenly distributed across the field and so researchers continue to fine-tune the competitive indices. At the November 2020 Canadian Weed Science Society meeting, Shaun Sharpe with Agriculture and Agri-Food Canada in Saskatoon, Sask., presented research on the competitive dynamics of wild oat and kochia. He noted that there has been an expansion in the area where kochia is a problem and was curious if it would be able to prevail over the wild oat or vice versa. In the study, Sharpe looked at ratios with one-on-one and two-on-one competition. What he learned was wild oat is more impacted by other wild oats than it is by kochia competition. Sharpe concluded that even though kochia’s range may expand northward within Western Canada, it is not likely to easily displace wild oat within the weed community.

Sharpe’s study is genuinely the tip of the iceberg. To generate data for a robust model, the research would need to explore weed interactions under varying conditions not limited to different soil types, fertility regimes, with varying amounts of available moisture and temperature ranges. The list of options is exhaustive and the time, space, money and manpower required is significant. Current weed research funding has limits. In order to maintain or increase crop production, research priorities include the discovery of new herbicide molecules, surveys of weed shifts in various crop production systems, as well as efforts to document, understand and overcome herbicide resistance. With all these important efforts, the quantification of the impact of weed populations on yield at a field scale may be unaffordable.

The dollars and cents of killing weeds or tolerating a few of them is likely to remain more of a personal decision than a pure science. There is a cost associated with not killing weeds, such as future weed control issues, competition with the crop and potentially crop quality loss. Advantages of tolerating low levels of weeds include short-term cost savings, possibly less selection pressure for herbicide resistance, and biodiversity that can be beneficial for other organisms. And thus, the art of weed control is a reality.