Home Farming Your Money What if Interest Rates Went Up? 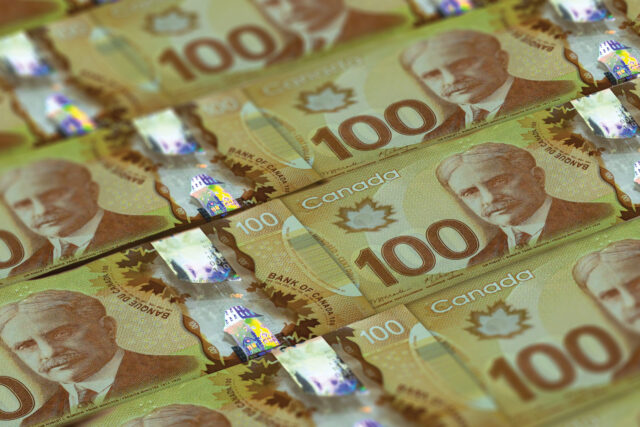 Being in the world of finance, interest rates are always a subject of discussion. Whether it is a casual conversation with friends or an in-depth meeting with clients negotiating the terms of a mortgage, it is a topic that never gets old. Are interest rates up, down or static?

There are certain well-known misconceptions about interest rates. Certain people think that eventually they have to go up. No, that is not correct. Interest rates are not like commodity prices. There is the saying, “low prices cure low prices.” This does not apply in interest rates. We have been in a low interest rate economy for many years. Depending on your definition of low rates, you could say we have had a couple decades of low rates.

There is also a belief that government sets the rates. Although the government does exert a large influence, they do not set all rates. The government, through the Bank of Canada, sets what is known as the overnight lending rate. It is commonly explained as the rate banks charge other banks to borrow money. From that, the banks and credit unions set their prime lending rate. They are not obligated to follow the Bank of Canada’s rate. But, typically, when the Bank of Canada changes its rates, your bank’s prime lending rate changes. We saw this as COVID-19 struck and the economy began to shut down. We saw unprecedented rate drops. The prime rate dropped by amounts unheard of in the past. In less than four weeks, we saw prime drop 150 basis points. That is 1.5 per cent—from 3.95 per cent to 2.45 per cent. Typically, changes in rates happen in only 25-point increments and it is rare. This time, changes came fast and furious.

Where the government has much less influence, though, is on fixed rates. Those rates are set off the bond market. While the government does have influence in that marketplace, there are many other market drivers.

In my 30-plus years of analyzing rates, the one aspect that has changed with low rates is the minimal impact the government can have on the economy. The last time the Bank of Canada lowered its overnight rate it went to 0.25 per cent. There is zero room to move on that. If an overnight rate of 0.25 per cent does not stimulate the economy, a 0.15 per cent rate will not, either. So, they can slow the economy down by raising rates, but they cannot stimulate it anymore.

What have these lower rates done to farming? With my clients, they have been encouraged to borrow. My clients range in age, wealth and farm size. Those parameters affect how much they borrow, as well. There is no standard amount with my clients. But overall, they have borrowed more in the past few years.

It is safe to say that we are at the bottom of the rate barrel. I do not anticipate an increase for at least couple years based on the economists I follow. It is prudent to analyze what a rate increase would do to your farm. It is especially prudent to analyze the existing debt that you have. For the most part, you cannot control the interest cost on your current debt. Certain loans can be locked in, but eventually they mature and you have to renew. If you consider a new purchase, you are in control to go forward or not. Existing debt is where the risk is.

To determine the impact changing rates would have, I decided to look at real farms. The objective was to see how they have been affected by lower rates, and what rising rates would mean. The first thing I realized was how diverse the reliance on borrowed money was between farms. When measuring the cost of the debt in dollar per acre, the difference was vast. Needless to say, the more reliant you are on borrowed money, the more impact changes in interest rates may have on your operation. Because the variances between farms was so high, I put the farms into three categories:

These farmers did not have a lot of debt. They were well-established and not growing. They had not bought land in a long time and are focused on getting rid of debt.

These farmers had expanded a lot recently but are not growing right now. They had not bought land in the past three years but they have been trading equipment.

These are aggressive farmers who have bought a lot recently and are continue to buy. This includes a lot of land and equipment.

I went back five years to look at actual rates and what they have done. For mortgages in the five-year fixed term category, rates have come down from around 4.25 per cent to around 3.55 per cent. This is a basis drop of 70 points. Equipment rates have moved more because they were around 5.25 per cent and, now, they are around 3.75 per cent. This is a 150-point drop. So, I will focus on these two drops. Then, I will examine what a 200-point increase would look like.

When I look at this chart, there are a few things that stand out. The farmers in Group One do not have a lot to worry about regarding higher rates. They have not benefited as much from the drop, either. The farms in the other groups have seen a noticeable change lowering their cost of borrowing, but also face risks if rates were to rise.

If we think that an average break even of $350/acre, a $12 increase would be a 3.4 per cent increase in costs and a $20 increase would represent an increase of 5.7 per cent. I think that is significant considering this is something you have very little control over.

This would be my warning: If you are currently an aggressive borrower and are rapidly expanding, your break even could increase by $20/acre because of rising rates and you would still be paying reasonable low rates like 5.95 per cent to 7.95 per cent. So, this is not a scare tactic using unrealistic predictions like interest rates going back to 20 per cent as they were in the 1980s. I am talking about rates rising, but still being relatively low. If you struggle with your break even now, a modest rise in rates could make it worse.

I heed this warning not because I believe rates are about to imminently rise, but because they are not going down any further.

Talk to your lenders and have this discussion. See what protections can be put in place. Find out how much payments would rise if rates went up. Calculate how that will affect your break even.

None of these steps will change rates going up or down, but at least you will understand the impact.