Home A Farmer's Viewpoint Federal Carbon Credits are Coming, but it Won’t be Easy Money 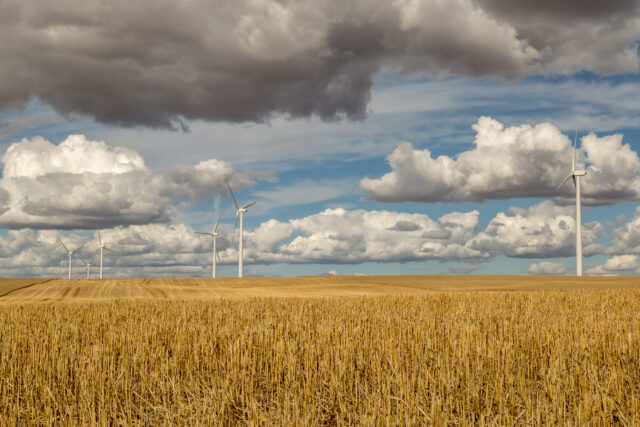 If you’re expecting payments because you sequester carbon through direct seeding and minimum tillage, don’t hold your breath.

On March 5, the federal government announced its next step in creating a domestic carbon offset. Yes, agriculture is part of this, but farmers won’t be paid for what they are already doing.

Everyone has heard the argument that with minimum soil disturbance, carbon is sequestered in the soil, leading to an increase in organic matter and that farmers should be paid for keeping this carbon out of the atmosphere.

Well, if it wasn’t clear before, it’s laid out quite clearly in the government’s carbon offset announcement. There are no payments for business as usual practices. Only activities leading to further reductions will be eligible.

Research seems to show that carbon continues to accumulate in the soil, albeit more slowly, even after many years of a zero-till regime. Some held out hope that this would therefore be eligible as an offset. Quite understandably, it is not.

The purpose is to adjust production practices to produce verifiable new carbon offsets that companies can buy as part of meeting their own greenhouse gas reduction requirements. The government doesn’t intend to get involved in the pricing or trading of carbon credits. However as the carbon tax, or the “price on pollution” as the Liberal government likes to call it, increases, companies will naturally pay more for carbon credits.

If farmers could create carbon credits for business as usual and companies could buy the credits in lieu of reducing their own emissions, how would that actually help to reduce overall emissions? As a farmer, it would be a heck of a deal to receive money for not doing anything different and that’s basically how certain programs currently work, but not this one.

“To be eligible to generate offset credits, all projects will be required to achieve real, additional, quantified, verified, unique and permanent GHG reductions or removals by following an approved federal GHG offset protocol,” says the background document accompanying the news release.

Here’s another gem from that backgrounder. “For projects that involve biological sequestration, monitoring and reporting must continue for 100 years after credits have been issued to ensure the permanence of GHG reductions.”

Protocols are now under development and are slated for completion by this fall. The first offset protocols being developed are for advanced refrigeration systems, improved forest management, landfill methane management and enhanced organic carbon.

The Enhanced Soil Organic Carbon protocol will apply to “the adoption of regenerative agriculture land management practices that go above and beyond business as usual.”

Regenerative agriculture is a vague term that means different things to different people. We’ll have to wait and see the protocol specifics. The government promised an opportunity to comment on the draft protocols before they are finalized.

Livestock Feed Management is another offset protocol under consideration. Beyond that, depending upon the results of further analysis and pilot projects, there might be protocols for Avoided Conversion of Grasslands, Reduced Nitrogen Oxide Emissions from Agriculture Fertilizer and Livestock Manure Management.

Depending how protocols play out, there may indeed be an opportunity for a flow of carbon credit money to agriculture, but as usual the devil will be in the details.

Federal Agriculture and Agri-Food Canada Minister Marie-Claude Bibeau points out that the Federal Greenhouse Gas Offset System is part of a larger strategy, “which also includes over $350 million in new agro-environmental programs.” We’ll also have to wait and see what that entails.

Meanwhile, it appears the federal government is finally taking complaints seriously regarding the carbon tax on propane and natural gas for grain drying. There’s now a commitment for further rebates on farm fuels to go beyond existing exemptions.

Unfortunately, the impact of the carbon tax on everything from grain transportation to the manufacture of fertilizer will continue to have in impact on farmers, reducing competitiveness as compared to farmers in other countries.

With the Biden administration being a big proponent on climate action, it will be interesting to see how programs south of the border compare to what’s being developed here.

The Good and Bad of Niche Crops