Home Farming Your Money Grain Marketers, Stay Away from Cost of Production 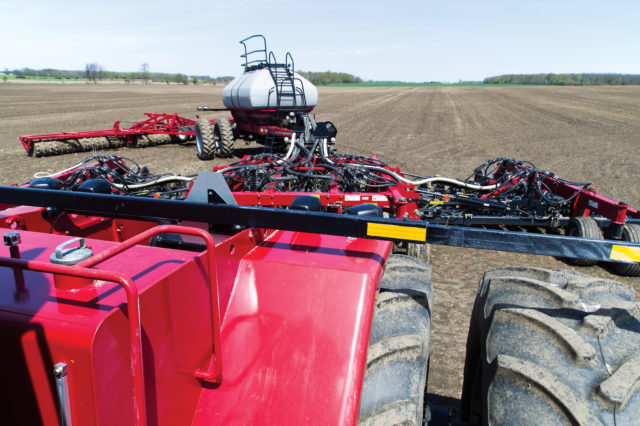 I think it is best if I start by saying I have a lot of respect for most grain market analysts. In fact, one of the contributors to this magazine, Scott Shiels, has been a good friend of mine for many years.

However, I do have a pet peeve with market analysts who insist their clients know their cost of production in order to set marketing goals. Part of it comes from working with farmers at a time when nothing was ever profitable. These producers would have sat on inventory for 10 years before they could have sold it for the cost of production. They needed to make marketing plans and it was not based on their break even, it was based on the markets and cash requirements only.

Now do not get me wrong, I fully understand the premise that selling at a profit is a great way to stay in business. What I do not agree with is having a marketing plan solely based on the cost of production.

The first problem with that strategy is there is no clear cost of production. It can be stated a few different ways. It can also be interpreted differently. Following is a chart that depicts the total cost of a farm and the acres. Simple division is done to create a cost of production.

So based on this chart, the break even is $387.72 per acre. This number represents all costs generally across the acres. Following is another way to look at the numbers of the same farm.

This is the same group of numbers that came up with $387.72 per acre as an overall per-acre cost of production but now you can see five different costs of production. Which one is correct?

Mathematically they are all correct. All the numbers are accurate. The question I am trying to answer is: how can we use this information to make marketing decisions?

There is no doubt we can use this information as a base, but I caution against using specific crop numbers. Following is an example.

Let us assume your canola crop yielded 45 bu/acre and the current price is $10.15 per bushel. This would give you a gross income of $456.75. If your break even was $425 per acre as listed above, the marketing plan seems straightforward: you should sell because that is profitable. Now let us assume your wheat crop ran 43 bu/acre and it is worth $6.45 a bushel. This will result in an income of $277.35/acre. This is well below the break even of $366 per acre from our chart. You would need the price to go to $8.51/bushel just to break even. This would seem like a poor marketing strategy to sell the canola today at $10.15 and hold on to the wheat waiting for $8.51 per bushel.

Based on that example, I would argue my break even for canola is only $425 if I can achieve the break even amounts for the rest of the crops. This example gets worse if I were to use the overall farm break even of $387.72 per acre and judge that amount against a crop like canola. It would be easy to attain that dollar-per-acre amount when selling canola but it would be impossible when selling peas at $7/bu requiring 56 bu/acre just to cover costs.

The simple fact is that certain crops have to cross-subsidize other crops. This is not to say the lower-returning crops are not profitable. Once a crop achieves yield that equates financially to cover the expenses of fertilizer, chemical, seed and crop insurance, any amounts over and above are contributing to the remainder of the costs on a farm. In other words, based on our example, a crop can achieve an income of $350/acre and still be good as long as other crops bring in $450/acre. The success of your farm will be determined by having more crops that yield $450 per acre than the ones that yield $350 per acre.

There is another problem with simple cost of production math driving the marketing strategy: it completely leaves out the overall financial health of the farm. If a farm has suffered a setback, working capital begins to diminish. This will have two impacts. First, you will want to extract as much cash as possible from your future crops to rebuild your cash. Second, when you have enough working capital, you will want to build more for the next time you have a setback. This type of thinking is critical to the financial well-being of the farm. Producers need to make as much hay as they possibly can when the sun is shining because you do not know how bad the rainy day will be. This is probably the main reason why I scoff at short-sighted grain marketers who simply want to meet your break even. It is a producer’s fiduciary duty to the well-being of that farm to make up for past losses and have provisions for potential future losses.

The grain market analysts I respect are the ones who understand the technical trading side. I respect the ones who are following world trends. I respect the ones who take all the relevant data into consideration to predict what the market may do. I want to see these professionals telling producers how high a price might go, how low it might go, and when it will do that. The producer can then take that information and determine if they wish to sell. Every producer will tell you the decision is based on a lot more than cost of production.

This is why I fully support my producers when they answer the question: how much do you need for your grain? As much as I can possibly get!