Home Field Notes Meeting the Expectations of the Land 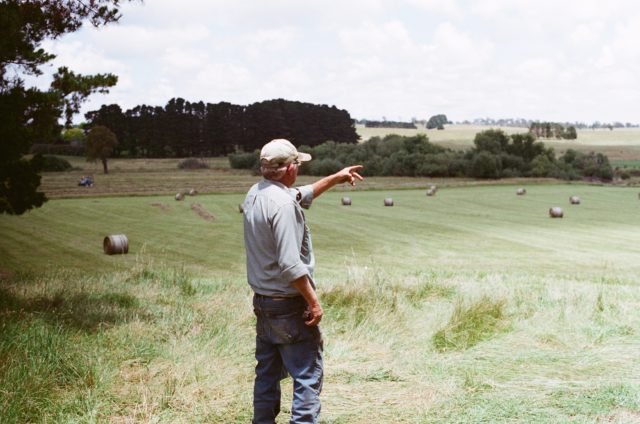 A writer who skates anywhere near the thin ice where he might be tempted to generalize about what a farmer is or is not, should or should not be, is asking to get wet. Farmers are as varied as the land they sow and the food they grow. And, even if you choose a subset of farmers, the closer you look the more you see diversity. One farmer who follows conservation practices might simply be reducing his tillage. Another might be receiving a small payment from a conservation agency to retain wetlands. And a third might be putting out bird nest boxes and restoring a field to native grasses. All are making a contribution one way or another.

Even the conventional versus organic comparison can be misleading. There are conventional farmers who use the latest GPS-guided implements, sprays, and methods but still find ways to leave habitat on the edges of their fields. And there are organic producers who level their hills and remove virtually all of the brush and sloughs on their land. Probably the safest thing to do is to look at the merits of each farmer and each farm and leave it there.

From time to time in this space, we will do just that. If you have a story to contribute about something you do on your farm to protect or restore the wellbeing of soil, water, wild creatures and habitat, drop me an email at the address provided below and I will try my best to bring it onto these pages. 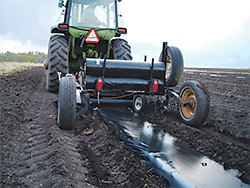 To start things off, here is the story of one Alberta farmer who has discovered that he can make enough income growing organic, pasture-fed livestock on eight hundred acres of mostly grassed land that includes a good portion of poplar bush and wetlands.

Don Ruzicka’s ancestors settled near Killam, on the plains of east-central Alberta in the early 1900s. His great uncle William Ruzicka, homesteading four miles away from Don’s farm, and something of a naturalist, made it into the record books for finding one of Alberta’s last whooping crane nests in 1905.

Don learned his respect for creation from his parents, but early in his farming career realized that the reality of running a modern grain operation was pushing him away from care for the land and toward more technology and a higher debt load. Before he knew it, he was clearing trees, ploughing wetlands and native prairie just to keep the banker happy.

“Our debt load bloomed to where there was no way out other than sell or change,” says Don. He and his wife Marie decided to sign up for an eight day Holistic Range Management course. “When we finished the eight day course, we were excited because we could see there was a ‘way’ that we could stay on the farm by going in the opposite direction; rebuild the ecosystem and move to a niche market way of farming.”

Don admits he “destroyed a large amount of the ecology of the land from 1983 until 1995.” After taking the course, he decided he wanted to find a way to farm that would restore its resiliency. But where to start? He decided that, rather than get advice from agri-business dealers, he would invite resource people from conservation agencies and the University of Alberta to come to his farm. 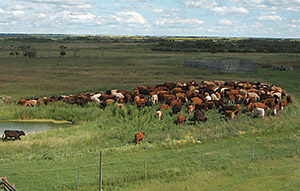 Almost twenty years later, Don credits the experts he met in those early years for his farm’s successful transformation. Ducks Unlimited was important, as was Cows and Fish (a unique and effective conservation outfit in Alberta), but some of the best advice came from range specialists and agro-forestry experts, as well as ecologists and environmental scientists at the university. They found in Don a rare farmer who was willing to do an about-face and live through some financial risk to discover what a more sustainable kind of farm might look like.

As he began to see the land with new eyes, he made the changes they suggested, using Holistic Management principles to set priorities and develop a pasture-based plan for producing healthy food on a recovering farm landscape. How long did it take before the land recovered? 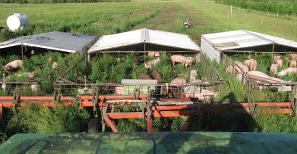 “After fencing, I know how long it takes to heal a riparian area that is sick – eleven years. Wetlands and sloughs after being grain farmed and then fenced from livestock takes anywhere from eight to sixteen years, which means that they are once again circled by willows and have ‘slough hay’ growing in them. It took 11 years to entice the meadowlarks and Sprague’s Pipits back after severe overgrazing. Seven years to have our 240 bird houses 97 per cent occupied.”

That’s all fine for the birds, but does it pay the bills? Does the farm have income from activities that don’t directly produce food?

Don says that they no longer have any children living at home, the farm is paid for, and they have no debt, all of which he admits takes some pressure off. But they likely have less off-farm income than most farm families. Marie substitute teaches about once every two weeks. Don has never had an off farm job so the farm does pay their bills. This year, they have had more pre-ordering of their pasture-fed beef, poultry and pork than ever before. As for other revenue not directly connected to food production, Don and Marie earn about $2000 annually from letting visitors come and use a cabin they built next to one of their wetlands.

In some people’s books, the Ruzickas would be dismissed as hobby farmers, but that would not be fair either to them or to the history of farming on the prairie. Until a few short years ago, a farm of eight hundred acres providing a mix of food for local people and leaving some habitat intact was considered a valid farm operation. In some ways, our parents’ and grandparents’ farms had more in common with Don and Marie’s than they had in common with the large grain operations of 2015. Is it retrograde or naïve to contemplate a transition combining new ecological farming knowledge with the simpler expectations of the past?

For Don, expectations are an important part of the farm plan. “Sure, some would think we are not serious farmers,” he said, “but on the other hand maybe we have learned to be content with less.” That seems fair and contains its own wisdom, but the other side of expectations is meeting “the expectations of the land.” That phrase comes from Henry David Thoreau, one of the first to assert that the economy of the farm must work within the economies of nature.

If he takes time to be honest with himself, any farmer – whether he is managing eight hundred acres of grass or eighteen thousand acres of cropland – knows just how near his operation comes to that kind of congruency with the land.

Trevor Herriot
Trevor Herriot is a Regina naturalist and writer. He appears bi-monthly on CBC Saskatchewan’s Blue Sky, answering questions about birds. He writes weekly in a blog about grassland conservation, called Grass Notes (trevorherriot.blogspot.ca). His fourth book, The Road is How: A Prairie Pilgrimage Through Nature, Desire, and Soul, was published by HarperCollins in April, 2014.