Home Farming Your Money Does it pay to own farm land? 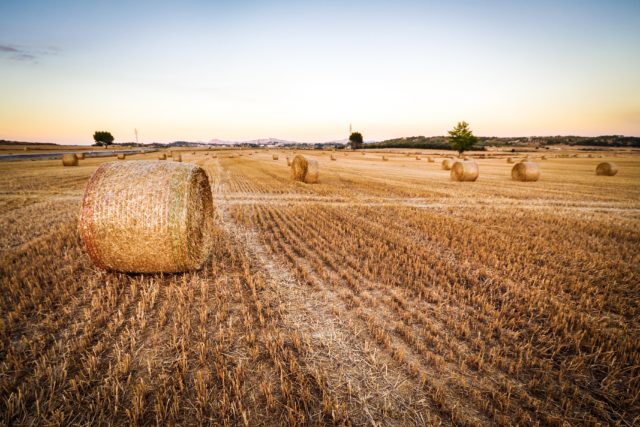 Is land a good investment?

Where you are in regards to this question will greatly depend on your individual situation. If you are an avid land investor, you are going to say that land is a great investment. If you recently purchased some high-priced farmland and are struggling to make the payments, you might be questioning its worth. If you are a retiring farmer that can realize a sale price higher than he/she ever imagined, then you are ready to liquidate this investment. So, it really depends on your financial situation, when/if you bought farm land, and what stage you are in life.

Geography will play a big part in how you react to this question of “is farmland a good investment?” Certain regions definitely suggest farmland ownership is the preferred choice. Having farmland near a major urban center can be like winning a lottery. On the other hand, owning less than average land in a sparsely populated area might be a white elephant. Rather than assess such anomalies. I want to focus on the averages that will smooth out the effect of one-time or short-term events.

I will use some data from my personal experiences and from my local area. You can extrapolate the numbers for your own area. In past articles, I examined data from 1995-2015. I will use this same block of time for the purpose of this analysis.

In my area of Grayson, Saskatchewan, a quarter section of land in 1995 was worth $35,000. Buyers were few and far between, but there was a market for farm land. Prices varied but for the most part, $35,000 was the selling price. As per the Saskatchewan Farmland Security Board, the average sale price for an arm’s length transaction in my RM for 2014 and 2015 was $132,000. I wanted to use as many sales as possible to better represent recent land prices, so I used a 24 month average. Based solely on the capital appreciation, the increase in land prices over the last 20 years equates to a 6.85 per cent annual return.

To assess this financial performance from a purely investment perspective, we need a comparison factor. I recently read Tony Robbins book Money – Master The Game. Spoiler alert, he is really big on index funds. I feel like his recommendation is suitable for this exercise. Instead of trying to figure out a comparable specific investment to farmland, I chose to use a stock market index. Since we are Canadian, we will pick the S&P/TSX composite index. This index represents about 70 per cent of the capital market share on the TSX, with about 250 companies in it (Wikipedia). On January 1, 1995, the index was at 4,017.40 and on January 1, 2015, it was at 14,673.48. This appreciation in the index equates to a 6.68 per cent annual return.

To calculate the return on investment, there are many different elements one could consider. For example, in the case of farmland ownership, the owner would receive rent as income, and would have some expenses. The residual is profit and does add to your investment. In the case of stock ownership, some stocks would pay dividends and add to the value as well. However, for the purposes of this exercise, I chose to only consider the capital appreciation portion of it. Although farmland rent and dividends would normally be included in a total return assessment, I omitted these items due to the challenge of determining a reliable long-term average estimate of land rental profit. To illustrate, revenue from farm land in my area has decreased from an investment perspective. In 1995, a land owner could rent land for approximately $2,500/quarter with $500 in taxes, leaving the owner with $2,000 net. With a $35,000 land investment, this equates to a return of 5.7 per cent. Today, rent is about $4,900/quarter with taxes at $800; leaving the owner $4,100, which translates to a return of 3.1 per cent on an investment of $132,000. Further, land rental is also quite volatile in other areas. Accordingly, I chose to omit farmland rental and stock dividend income from the analysis.

So, picture yourself with $35,000 in 1995 with two choices, either invest in the Canadian stock market or buy farmland. The farmland investment of $35,000 turns out to be $132,000 in 20 years. The $35,000 into the stock market, based on the index, would be worth $127,836 in 20 years. The preliminary results indicate that land is the better investment, but when accounting for all sorts of real life issues that can affect the outcome, I would call it a draw. My point is, although it appears that the increase in land prices suggests a massive return on investment, realistically, over a given period of time, many investments would have yielded similar results.

These results can easily be disputed; especially when looking at certain points in time or during periods of either below or above average changes in land prices. For example, although I used 1995 as my start date, land in 2005 was worth the same! A land purchase here in 2005 for $35,000 would cut 10 years off the time line, resulting in a much higher return. Now turning to the stock market comparison, the index fund investment can also be considered in the same manner. From Late 2008 until 2014, the index doubled, increasing from approximately 8,000 to almost 16,000 in five years. The obvious conclusion is that a fair comparison can only be made over an extended period of time.

Based on the above, I would make the argument that there is no clear evidence that land has an investment advantage.

Now, let’s look at this from a farmer’s perspective.

The picture I am going to paint may not be considered very realistic in real life. Notwithstanding, I feel like the following examples are still illustrative of the considerations related to the decision to either rent or buy farmland. We are going to look at a producer having two choices when it comes to farming land, and that is to own or be a tenant. Imagine a neighbor comes over with an offer to farm a quarter section nearby. The producer’s choice is to purchase the land at market rates or rent it at market rates. Either way, the producer will have control of the land for the foreseeable future.

Based on today’s market for my area, the purchase price would be $132,000, or the rental rate would be $4,900 (this is $35/cultivated acre based on 140 acres). From the perspective of purchasing the land, the average farmer that I deal with would facilitate this transaction with a loan. Most times the purchase would be 100 per cent financed, with additional land used as security. This minimizes the income tax implications.

In the previous example, the purpose of the exercise was to compare owning land as an investment versus owing stocks. Since I did not feel comfortable with the reliability of land rental profit, I omitted all forms of additional revenue from the calculation: no dividends from stock and no rent from the land. In the current analysis, Farmer “B” will be able to invest the additional cash and receive the total return. In this comparison, including the dividend return is valid when comparing the total investment values over 20 years. Based on the S&P/TSX index fund, the total return over the last 20 years has been 8.94 per cent (the index was at 8,100 at the beginning of 1995 and at the end of 2015 it was at 45,000 according to the Financial Times). At the end of 20 years, Farmer “B” would have $283,304 in that investment.

We can also argue that Farmer “B” is likely to pay higher rents as time goes by and Farmer “A” will have the same payment (except for increases in property taxes and interest rates). The result would be less of an investment each year which, in turn, would mean less total investment value for Farmer B at the end of 20 years.

It is not a simple and clear decision. I hear different justifications from both sides. Some producers say “renting land is throwing money away.” That is 100 per cent not true. Yes, I agree that after several years of renting, you do not own any of the land. However, if we are classifying rental payments as wasted money, what about interest and property taxes? These costs can be considered in the same category. In the above example, over 20 years Farmer “A” will pay $78,945 in interest and property taxes or $3,950/year.

Some producers just cannot buy land. In my area, paying what Farmer “A” pays per year ($10,475) to farm 140 acres would equate to $75/acre. Land in this region cannot sustain that amount of cash outflow. Unless there is other land to subsidize the recently purchased farmland (like rented or paid for land), the farm will not survive.

So is land a good investment? It very well could be, but it’s definitely not black and white. Individual views on this question depend on productive capacity, the level of competition, personal financial situations, interest rates, and much more.

When making a land purchase decision or any major investment, do your analysis based on real numbers and facts. Once you have completed this exercise, you can inject some emotion into the decision. Just remember, there needs to be a balance; you cannot have more romance than finance in the decision!

A Plan for Success

Shoot for the Stars