Home Farming Your Money Zero Till Saves the 2019 Crop 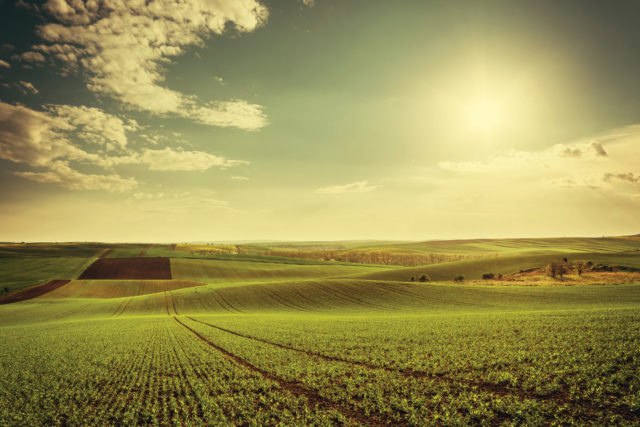 The 2019 crop is not in the bin as I write this, but at least there is a crop that we can anticipate. A good portion of the prairies had dry conditions this spring. In June, most areas received rain. Some of the crops had suffered permanent damage at that point, but most were just delayed.

There is no doubt that if conventional tillage practices were in place in 2019, there would have been significant crop damage by the time the rain came. With our minimum disturbance seeding systems, seeds were able to access the limited moisture that was there and begin the growing season. There would have been zero moisture if the fields were cultivated first.  The seeds would have been placed into powder.

Saskatchewan did not invent zero till seeding; however, Saskatchewan has, taken the seeding industry to the next level. There is no other region in the world that has affected large scale planting the way Saskatchewan has.

For a province of just over one million people, we have been punching above our weight for over 30 years in the seeding equipment arena.

Conserva Pak, hailing from Indian Head Saskatchewan, first displayed a zero till air drill at Farm Progress Show in 1984. That company went on to impact the seeding industry for many years. It still exists today but under a different name. In 2007 John Deere purchased the company.

Flexicoil has been in the farm equipment manufacturing business since 1954. They started with a harrow packer machine but later went on to make air seeders and air drills. The Flexicoil 5000 air drill was a staple on many farms. Saskatoon is still home to a manufacturing plant but the company was sold to CNH in 2000.

Bourgault has been a huge player in many types of farm equipment but they are known for their seeders. Operating in St. Brieux, Saskatchewan, this company first began in 1973. In 1981 the first air seeders from Bourgault were available. In 1995 they unveiled the mid row bander concept that was used on their zero till drills. This farm implement manufacturer started by Frank Bourgaut is still going strong today with the facilities in St Brieux.

In 1992 Seed Hawk was formed in Langbank, Saskatchewan. That same year they displayed their machine at Farm Progress Show in Regina.  Orders began to come in and manufacturing began. In 2007 they launched the 84’ drill which was the largest of its kind in the world. In 2008 they showed the farming world that overlapping during seeding would end forever with the release of their Sectional Control technology. The air drill would shut off sections once it went over a piece of ground that was already seeded. The company was sold in 2013 to Vaderstad Industries but the manufacturing plant remains in Langbank.

Morris Industries is deeply rooted in Saskatchewan. This company was founded in 1929 by George Morris who was from Bangor, Sask. Although the company was based on the Rod Weeder product, they later went on to produce air seeders and now air drills. Manufacturing facilities are still in Yorkton, Sask., as well as other locations.

In 2002 Seedmaster began. This Regina based manufacturing company produces zero till air drills. In 2017 they released DOT. This is an autonomous power platform that couples with other pieces of equipment. To go along with DOT, they have a 30’ Seedmaster drill implement. Saskatchewan is home to the first developed air drills and now we have the first autonomous unmanned air drill.

Saskatchewan has been the birthplace of zero till air drills. It is impossible to go anywhere in the developed world where there is large scale agriculture and not find an air drill made in Saskatchewan. I would be proud if we had one company that manufactured air drills. It would be unique if we had 2 or 3 manufacturing plants. To have the number we have is simply amazing!

The above list is just a small portion of companies that manufacture farm equipment in this province. The creative nature of Saskatchewan farmers is overwhelming. If necessity is the mother to inventions, Saskatchewan has an abundance of necessity!