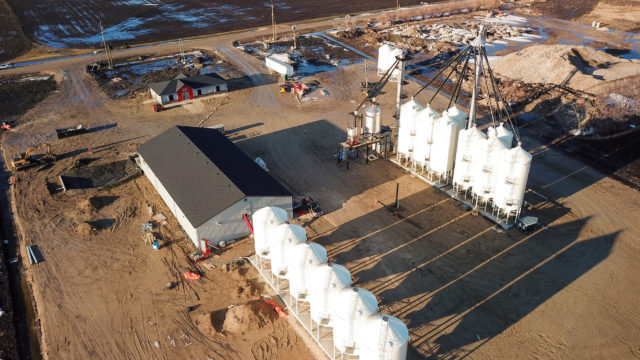 Fertilizer is about N, P and K, but getting the best deal on it may be more about “ASAP.” If the early bird gets the worm, can the early buyer get dirt at a discount? Like most farmer expenses, fertilizer costs continue to rise, so discounts for buying in a timely manner are worth a look.

“When you reflect on past years, farmers filling their fertilizer needs in the summer have typically saved $75 to $100 per tonne over buying the following spring,” says James Bauml, general manager of G-Mac’s AgTeam in Kindersley, Sask. “Logistically, it would be impossible to move all the required fertilizer to farm if all farmers waited until spring to take their fertilizer.”

For that reason, fertilizer manufacturers tend to discount their product in the summer, fall and winter months to provide incentive for retails and farmers to take product prior to spring.

“Having said that, the only certainty is that prices will change from summer to spring,” said Bauml. “Exactly when they change, and by how much, only time will tell. Factors like supply, logistics and foreign exchange can also play a role.”

For farmers considering a fall purchase in the coming months, Bauml says they should expect to pay more than if they bought today, but less than waiting for spring.

Though guarantees and hard and fast rules would be ideal to many, those elements are rare in farming, and the fertilizer field is no exception.

“Fertilizer is a globally traded product, so the realities of free trade and dynamics of supply and demand can sometimes throw the industry a curve ball,” says Dan Mulder, fertilizer director at Federated Co-operatives Limited in Winnipeg, Man. “The good news is that history tells us if you buy in the summer or fall at competitive prices, the odds are in your favour of paying significantly less for fertilizer on a per tonne basis than if you played the waiting game.”

Show me the savings

How much can you save by planning? Like feed prices, that is hard to anticipate from year to year, and Mulder has seen savings “all over the map,” ranging from $20 to $25 per tonne to more than $100 per tonne.

“If you look at the last couple of years, we were in a supply-driven marketplace where supply far outweighed demand on a global level,” says Mulder. “This year, we have moved more towards a supply–demand balance globally, and those buying in the early stages may see some good opportunities with urea and possibly phosphate.”

Then there is the case of ammonium sulfate, which serves as a prime example of how world events can impact the farmer seeking savings. In 2018, Agrium and the Potash Corporation of Saskatchewan merged to form Nutrien, now the world’s largest fertilizer company. Soon after, the company announced the shutdown of their phosphate production at the Redwater facility and conversion of that line to additional ammonium sulfate production.

“This is changing the regional supply–demand dynamics for both these products going forward in opposite ways, increasing ammonium sulfate and eliminating phosphate. Consequently, we are getting mixed signals on ammonium sulfate,” said Mulder. “As a result, we are unsure how the forces of supply and demand will play out, so producers would be wise to exercise caution this year.”

These days, caution could be the touchstone for farmers relying on the “buy early and pay less” method.

A world of difference

“It used to be that fertilizer prices were domestically driven,” says Kelvin Feist, managing director of Canada for Sackett-Waconia and a 30-year veteran of the fertilizer business. “A farmer could buy fertilizer in the fall and be almost assured of getting it at the lowest price for that year. Today, you can see the latest price for urea instantly on your smartphone and it’s all governed by the global marketplace. Koch trades every day on urea, so you might buy it today and find it is $50 cheaper tomorrow and you’re out of luck. Technology has sped up the cycles and made it harder to guarantee yourself the best deal. Now it’s more about timing the world markets than always acting in the summer or fall.”

Timing can also be an issue when it comes to storing fertilizer for extended periods if it is purchased in advance. Long-term storage can cause fertilizer to harden and make it hard to extract without damaging the bin itself.

“The main culprit in cases of longer storage times is humidity,” says Mulder. “When it’s quite humid, you must be aware that each fertilizer product draws moisture at a different relative humidity, and the lower their relative humidity, the more moisture they will draw. This means that products like phosphate with a high relative humidity are rarely a problem in storage, whereas ones that are slightly lower such as ammonium sulfate can sometimes cause trouble.”

The real problem may occur with certain blending of products, as is the case with urea and ammonium sulfate.

“When you blend these two substances, the relative humidity of the blend drops to a lower level than each of these products individually,” says Mulder. “To combat this, growers in more humid areas like Manitoba often hold off on taking fertilizer until the fall, when humidity tends to drop and they can safely put the fertilizer into storage. In provinces like Saskatchewan and Alberta where humidity is less of a problem, they will often acquire fertilizer throughout the summer months and be okay.”

While the product you’re storing is a key factor in preserving fertilizer, your means of storage is also important. Certain companies recommend a high-performance fertilizer carrier and drying agent. Such methods may improve flowability or reduce clumping often associated with humid conditions.

Warnings aside, issues with long-term fertilizer storage are rare in Western Canada. Mulder can count on one hand the problems he sees, and most of those involve blends with urea and ammonium sulfate. He feels most farmers should be fine as long as they are aware of the blend, the time of year and the humidity conditions.

Between the number crunching and product clumping, there is much to consider in forming your buying strategy. Perhaps the most critical element is one that farmers often try to avoid: asking for help.

Mulder encourages people to speak with those whose job it is to keep up on such trends. It’s the same reason believes in having that information on hand when farmers coming calling.

“Producers can then take that data and make an informed decision on the best time to buy,” he says.

Farmers rarely build a strong business without planning, and the same applies to success with fertilizer.

“If you know what you are going to grow next year, get a soil test and use it to assess the nutritional needs of your crops,” says Cordelle Bell, manager of retail for G-Mac’s AgTeam. “You should then work with a retailer to set target yields and gauge the nutrients remaining in your soil. It’s a lot to cover, but the payoff is worth the effort.”

Perhaps most importantly, farmers should not allow the unknowns around fertilizer buying times to keep them from reaping the rewards.

“Farmers who have done early purchasing probably wind up ahead in eight out of 10 years,” says Mulder. “I know growers who bought smooth-walled hopper-bottom bins to store their fertilizer, and saved enough on buying product to pay for those bins.”

It’s not often you get a “win-win” in farming, but for the early bird, it sure beats a worm.