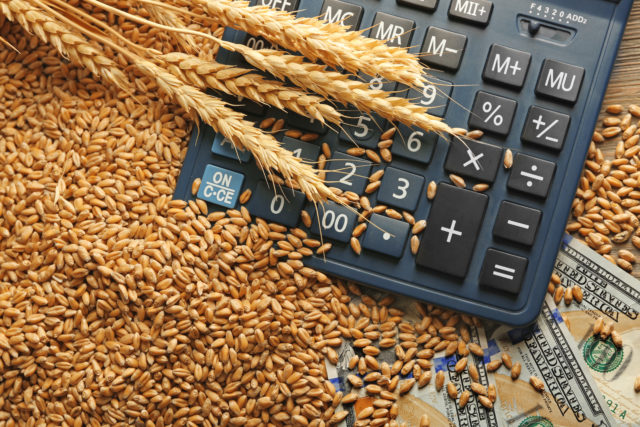 Production issues around the globe and increasing trade tensions are building uncertainty within Western Canadian crop markets. Usually a question of supply and demand, this harvest’s prices face more determining factors than the average year as crops come off the combine.

Typically supply, in terms of crop acreage and yield, is the bigger swing factor in pricing predictions, where demand tends to fluctuate much less. Today is not so typical.

“Since winter there’s been more than usual uncertainty on the demand side with the trade war between the U.S. and China, our own problems with China and our canola and in India with peas,” says Jonathon Driedger, senior market analyst for FarmLink Marketing Solutions.

However, FarmLead CEO Brennan Turner says demand for canola outside of China, and the demand for high protein wheat, malting and feed barley has been looking more positive. “Relative to Agriculture Canada’s estimates, I think they’re low,” he says.

Here’s how Driedger and Turner weighed in on crop pricing expectations for this fall, and beyond.

The price outlook on canola is causing concern for a couple of reasons. Despite expectations for a smaller harvest this year, problems with exports to China left a lot of old crop available. In addition, the global soybean market is expected to remain well-supplied.

“Even if there are weather issues in the U.S., South America had a big soybean crop,” says Driedger. “As long as relations with China remain murky and supply of soybeans stays strong, there’ll be concerns with canola. I’m a bit guarded to the downside with canola.”

However, dry conditions across Saskatchewan likely mean a below average canola yield this fall, and Turner says this could open opportunity for farmers later in the year.

“I think we might have a surprisingly low canola production year come September and that could catapult October and November highs for a more aggressive two-to-three-month rally,” he says. “We should be first filling our contracts and then probably not make another sale until maybe early November.”

While Canadian wheat prices will likely be similar to those of last year’s harvest, lower than expected production in key exporting countries like Russia and Australia could mean even better prospects.

“The drought issues in Australia are ongoing, so the result is opportunity for Canadian wheat that Australia would usually own, especially in the Southeast Asian markets or even into Australia themselves,” says Turner.

Feed barley is also expected to remain reasonably supported as demand looks to remain strong both domestically and internationally into winter.

“The outlook for corn is stronger than last year and that helps lift grains overall in general. I think we’ll have a reasonably tight feed grain market in Western Canada,” says Driedger.

For malting barley, little difference from the last several years is expected.

“It seems like forever we’ve traded in a sideways range with malting barley and that outlook seems to be similar. The crop will be larger, so that’s not great for prices,” says Driedger. “Harvest quality will come into play, but demand is steady enough and I think we can expect a relatively flat outlook for malt barley.”

Turner adds there were record barley and wheat exports as the 2018-19 season wrapped in July. “With that in mind, it should carry on at least into the start of the 2019-20 crop year and probably throughout it.”

Like canola, pulse prices are also a big question mark this year. Canada’s two biggest customers are China, a multi-faceted political hot potato, and India, complete with trade barriers, tariffs and unstable import policies making uncertainty a believable certainty. While China continues to buy a lot of Canadian peas, a positive for the time being, ultimately it is India’s market that decides where prices go.

Turner says pulse pricing will be a function of what happens in India for the monsoon season. “They’re starting to get more heavy rains and if there are production concerns in India for their pulse crop, they’ll probably relax some of those import tariff issues or lessen the degree of the severity of those tariffs.”

That could mean an improved outlook further into 2020 as demand there and in other countries increases. It could also open the door for red lentils in the longer term.

“This may not show up quite yet at harvest, but over time some of that demand may build in some of these importing countries so Canada can come to the global market in a bigger way,” says Driedger.

His outlook for pulse pricing is relatively flat in the shorter term, but supportive in the longer term.

With so much of Canada’s crop production destined for export, world demand is a key player in the marketing game. Meanwhile trade politics are increasing uncertainty in varied and plentiful ways. For the longer-term perspective, analysts are looking at how the overall trade environment is going to evolve.

“Canola, Canada, China, Huawei and Trump; this is the headline stuff, but underneath it all we have an environment that is just less pro-trade than it has been,” says Driedger. “I view it as a structural concern that adds greater uncertainty. It’s hard to quantify how it might play out. We’re certainly watching this with great interest.”

“The Black Sea has become more of a player in terms of lentils and pea production,” says Turner. “Their harvests tend to come off a little earlier than here in Western Canada, and this is another reason why around harvest time, we’re expecting prices that aren’t necessarily as attractive.”

While there have been years with good pulse prices at harvest, it happens rarely and is usually caused by a demand rush or production issues.

“Producers should grab those dollars if they see that upswing,” says Turner. “But for the most part, the September timeframe should be more about filling contracts than contracting for the first time.”

Production issues around the globe can also open doors for Canada’s ag industry. Unable to satisfy their own domestic demand this year, Australia has had to import Canadian wheat and canola.

“Because Canada and Australia tend to compete in a lot of different areas, but mainly barley, wheat and canola, I think there’s a healthy opportunity for those three crops considering that Australia is likely to remain in a drought for this third straight year,” says Turner. “The one area I’m probably most excited for is our wheat production.”

Even in challenging markets, opportunity is there for the taking for the prepared and proactive. One solution is to avoid typical seasonal lows through contracting. At harvest time markets are typically so well-supplied, prices tend to decline in early fall.

“The first dynamic is that you shouldn’t really be selling off the combine. You should be filling contracts,” says Turner. “There’s always a doubt around not being able to sell something until it’s actually produced, but when was the last time you didn’t produce at least 20 per cent of what you expected? Contracting even 20 per cent of expected production and capturing that higher premium available around May and June is what people should be looking to do. If you don’t, you’re bound to be locking in prices well below those values because of supply coming into the market in late August and September.”

“When markets do pop higher, farmers can create good selling, risk management and hedging opportunities even in a generally lacklustre price environment,” says Driedger. “Over the course of a year, you’re going to see decent selling opportunities at different times for the different crops on the farm. It requires discipline, attentiveness and a good farm plan, but opportunities do pop up.”