Home Farming Your Money Are We Being Left Out? 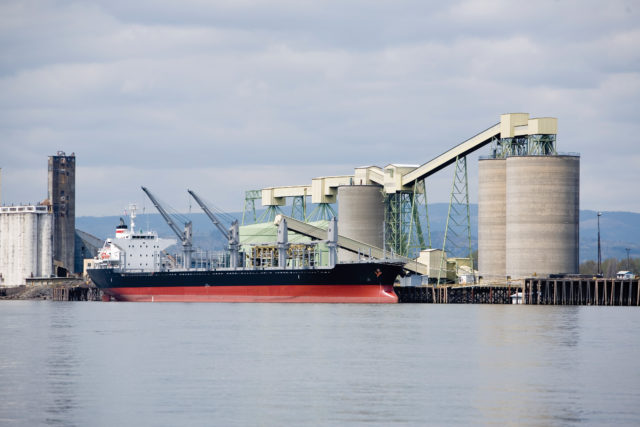 Hopefully by the time you are reading this, China and Canada are trading agriculture commodities with zero issues. As producers, all we are asking for is a fair trading platform.

As a financial analyst, I do not like to wade into political waters. That is not to say I will not do it, I just do not like to do it. The recent events with China and our western Canadian canola have me puzzled, concerned and angry.

I am puzzled because we have a great product that China has used and seemingly liked for years. There seems to be no apparent reason why they would block buying it. I am concerned because the financial implication for producers will be in the billions of lost revenue if this continues. I am angry because the response from the people who can fix this has been weak.

The reasons for China’s actions are not clear – most likely it is political, strategic, or both. The reason is not the quality of the product as they have stated. So, we know producers cannot fix this. We need help.

As for the financial damage, I estimate it could cost at least $745 million this year. Statistics Canada is estimating 21.3 million acres will be seeded to canola in 2019. If the average yield is 35 bushel/acre (this is a bit low, but it is a dry spring), we will produce 745 million bushels of canola. In February of 2019, canola for November 2019 delivery was paying $10.50. Now that same contract is around $9.50. So, we will easily lose $745 million because of one issue. This does not take into consideration the canola on farm that has been financially damaged by these actions.

The response from our leaders has been poor. The solution they have come up with is not a solution but merely a delay. The government will give farmers more options to borrow money. I will say, though, the one good thing that has come from this ordeal with China is the increase in cash-advance limits. Again, I state this is not a solution to the problem. These limits should have been raised 10 years ago. There is a sense from our leaders that they are really doing us a favour. Yes, the Prairie Grain Advance Payment Act does allow producers to borrow an amount of money interest free and another amount at a preferential rate; for this I am thankful. But producers still need to qualify. They still need to have the ability to produce the commodity and for spring advances they need to have adequate production insurance to cover the debt. So, it is not some gift falling from the sky. It is a well-managed system that provides cash to producers who can pay it back.

I am thankful the limits for cash advance are increasing. What makes me angry is that was the only response. There is a major crisis with one of our largest trading partners and the leaders offer a debt. To make matters worse, as of the time of writing this, the new cash-advance program is not available. The people who administer the program were not given any advance warning and found out about the changes from the media.

When the new NAFTA deal was being negotiated, compensation was immediately offered when the supply-managed industry was going to have to make small concessions. I am not saying negotiating a trade deal with the U.S. and Mexico is the same as a trade dispute with China, but canola producers can easily feel left out when there seems to be no one on their side.

The U.S. is in a trade battle with China and they have offered producers compensation. From the reports I read and other various stories, the U.S. producers are not pleased with the aid package. It is late in coming out. There are strict deadlines. The distribution system is not totally fair based on the impact. But the U.S. producer can say that their government had their back.

Perhaps our federal leaders are doing all they can to get this problem resolved. The perception is that they are treating it like a low-level issue. There is no ambassador to China. We have no planned trips to meet with Chinese officials.

I like to be fair when assigning blame. I do not blame the federal government for causing this issue with China. It is not their fault. But I can say with 100 per cent certainty that it is not the fault of the producer and that is who will pay for this. I can also say the producer cannot fix this. Only the government can fix this.

According to Trading Economics, Canada has a US$3.2 billion trade deficit with China. This means Canada buys more from China than what China buys from us. I realize relative to the entire economy, China means more to Canada than Canada means to China but there must be some retaliatory action that could be taken by our government. When the U.S. imposed an illegal tariff on our steel and aluminum, Canada put an illegal retaliatory tariff on strategic items coming from the U.S. I am not sure if it worked in getting their tariffs removed but at least Canada did something. I would like to see some action against Chinese-made goods coming into Canada.

If this canola issue really has to do with some random executive from a Chinese cellphone company, then Canada needs to deal with that. At the very least, speed it up. Take some action against China and show the agriculture community that we matter. Offer direct compensation to those affected.

All I am asking is for someone with power to help out producers in the West. I know these producers did not vote for this government. That does not mean you can forget about them.

Is Your Neighbour Richer Than You?