Home Uncategorized What Will The Market Remember About These Uncertain Times? 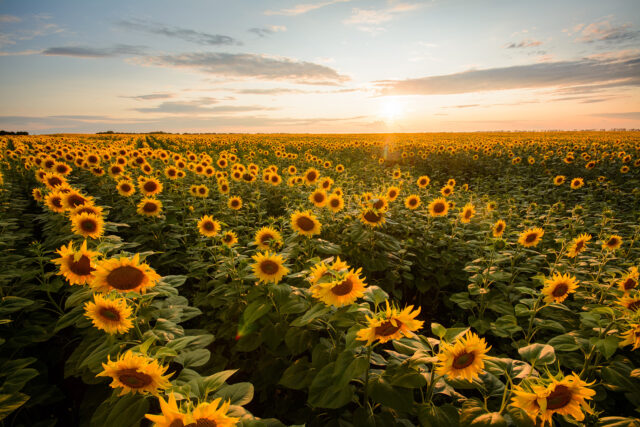 Early this spring, we watched live the horror of the Russian aggression and the unspeakable courage of the Ukrainian people against the brutal invader. We also observed, with perplexity, the seemingly unstoppable rising price of fertilizers. Although the die is cast for the current season, such chaotic markets call for reflection: in this environment of great instability, what will endure?

Fertilizer prices at the turn of 2022 are reminiscent of the 1970s and 2008. Much has been said about the cost of transportation, weather events and the price of natural gas, all of which have limited supply while pushing prices higher throughout 2021. Too little is said, however, about the fall 2020 grain price boom, which has had a significant impact on fertilizer demand around the world.

As if there was not already enough action, rarely has geopolitics had such an impact on the market. Export restrictions and import taxes were indeed among the ingredients that caused fertilizer prices to rise in 2021. Now, Russian aggression has only made matters worse. Fertilizers are essential inputs and whether non-renewable, including phosphorus, and potassium, or synthesized with non-renewable energy as in nitrogen, they’re also attached to an emotional market – the food industry. For these reasons, diplomatic complexity will remain.

Another lasting destabilizing factor lies in energy. The war comes on top of the withdrawal of institutional investors, carbon taxes and the Organization of the Petroleum Exporting Countries’ (OPEC) behaviour, including slowing production growth to keep prices high. As the energy transition is well underway and set to last several decades, the price of the energy needed to extract P and K, and especially to manufacture N fertilizers, has probably reached a new plateau. There is no doubt that there will be a lasting effect on the cost of production for fertilizers. On the other hand, grain markets are far from being insensitive to energy prices. A historical correlation exists between the cost of energy and the cost of grain – either through ethanol or biofuels – which contributes to mitigating the risk.

War-related sanctions will inevitably reshape the global fertilizer trade, of which Russia is a very large exporter. This is a probability even without discussing Belarus: the ally-rogue is the second largest exporter of potash after Canada. As observed during other episodes of trade destabilization, for instance through periodic embargoes, re-routing will occur. Indeed, Russia is not likely to stop producing fertilizer, which will eventually find a buyer. Let’s not imagine that the tens of millions of tons of fertilizer exported annually by Russia will vanish.

Let’s add to this scenario the fact that planetary reserves of phosphate are running out. Estimates suggest we have enough to last anywhere from 30 to 130 years. Of these reserves, three to five million tons will be used up each year primarily to manufacture batteries.

For all these reasons, after the current boom, we should not be surprised if prices remain consistently higher than in recent decades. It’s a scenario that encourages a renewed approach to risk management. For a farming operation, there is always the possibility of shopping around for better prices and hoping for downward movements, but doing so poses risk around product availability. The alternative is to secure supply, albeit at prices that defy our habits. As in many other areas, the entrepreneur’s risk tolerance dictates the choice.

Fertilizers are expensive. However, current grain prices and futures markets suggest that margins might be positive in 2022 if yields are good. We are certainly hoping this is the case. To say that Prairie agriculture deserves this would be an understatement.