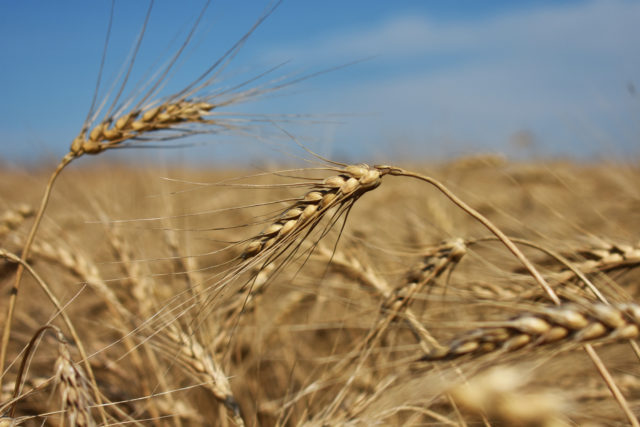 Just as variety is the spice of life, the right new seed variety can spice up the bottom line for farmers. Though potential may not always translate to performance, farmers of cereals, canola and pulses are finding more hits than misses in the field these days.

“We have been dealing with hybrid fall ryes for about five years now, and we are excited about two recent varieties: Daniello and KWS ProPower,” says Greg Stamp, owner of Stamp Seeds in Enchant, Alta. “Daniello is producing high grain quality and superior falling numbers in the 260 to 280 range, and both are yielding anywhere from 20 to 50 per cent better than other ryes, which is phenomenal.”

Though less impressive, AB Cattelac is a six-row barley showing reasonably good standability as either a feed or forage crop.

“AB Cattlelac was about on par with what we anticipated,” says Stamp.

Given the high standards of maltsters, new malt varieties can be slow to gain acceptance, but there are exceptions.

“As a farmer, I’m most interested in new varieties, as a number of them are showing improved agronomics,” says Jason Lenz, who operates near Bentley, Alta. “We’ve been very happy with CDC Bow, which is living up to its promise as a strong-strawed variety. This year, CDC Bow gave us 92 bushels per acre and a high test weight of 53 pounds. As well, the protein level of 10.4 is well within the parameters demanded by maltsters.”

Though it is currently listed as a variety in development, CDC Fraser is an up-and-coming malt barley variety Lenz feels could replace CDC Bow in the near future.

“Malt companies are very interested in CDC Fraser as it’s showing the right specs for malt, yet with a bit better yield than CDC Bow and better resistance to leaf disease.”

On their 11,500-acre grain and oilseed farm near Norquay, Sask., Jordan and Jennifer Lindgren had specific demands for a Canadian Western Red Spring (CWRS) wheat variety.

“We were seeking a semi-dwarf or short-standing variety with strong straw strength to handle nitrogen applications without going flat,” says Jordan. “One option that seems to fit the bill is CDC Landmark, a high yielding semi-dwarf with good midge tolerance.”

In the Hard Red Spring (HRS) category, AAC Elie is another semi-dwarf promising excellent yields for the Lindgrens.

“AAC Elie keeps its grade, is a bit less affected by wet weather and doesn’t exhibit staining or discoloration,” says Jordan.  “AAC Alida offers a great disease package with a high rating for resistance to Fusarium head blight and the potential for midge fly tolerance. Thus far, all of these varieties are performing as expected, but we’ll know more after harvest.”

Though it has yet to earn rave reviews, CDC Hughes is showing potential as a CWRS wheat variety.

“This is not a great year for anything, but CDC Hughes is standing well, though the heads are a bit smaller than older varieties,” says Ladmer Moskal, a grain farmer near Ituna, Sask.

“Right now we are growing mostly InVigor 233p, which is a pod-shatter tolerant variety,” says Lindgren. “We like these sorts of varieties because they lend themselves to easy harvest management with straight cutting, and so far, InVigor 233p has been one of our top performers.”

Though certain farmers take an “if it ain’t broke, don’t fix it” approach to new varieties, Lindgren disagrees.

“You have to switch out some varieties and go with different herbicides and modes of action so you don’t run into resistance issues.”

For farmers who embrace the new and improved, there is plenty to like about canola these days.

“We are seeing a lot of new developments in the canola world,” says Lenz. “Breeders are doing a great job of developing varieties that have clubroot resistance and new levels of resistance to blackleg. One very exciting trend is toward improved pod-shatter tolerance. For anyone doing straight cutting, that is a real positive as the pods are not breaking open upon cutting as much as they did in the past.”

“We are seeing improved yield, better standability and better blackleg resistance with the 300 series,” says Lenz. “We’ve also been growing Pioneer 45CS40 recently, which is a clubroot resistant variety and one of the few options with resistance to sclerotinia. Most years we can get away with not spraying for sclerotinia thanks to this variety, so that’s a major selling point.”

As is often the case in farming, opinions are mixed regarding Pioneer 45CS40.

“When I was swathing, some canola plants were shelling, other plants were still on the green side, and at the final stage in the low spots, plants were blooming,” said Moskal. “Those differences made it a guessing game on when exactly to swath.”

Though PioneerCS40 was billed as a high-yielding variety, it has yet to deliver on that promise for Moskal.

“I look for something that doesn’t grow six feet tall as I like it a bit on the shorter side to make it easier for the combine to deal with. This variety stayed down and laid a decent swath, but so far we are not looking at a great crop. It will probably be about average for us,” says Moskal. “We are just putting it through the swather now; we’ll know more once we combine, yet the yield appears to be in the neighborhood of 35 bushels per acre. It would surprise me if we did any better than that, so we probably won’t grow it again.”

However, the reviews for VICTORY V14-1 canola were more positive on the Moskal farm.

“I liked it more than the PioneerCS40 because it stands a lot better and the pods were quite a bit larger,” says Moskal. “I won’t know for sure until it goes through the machine, but even if the yield is a bit less than the Pioneer product, it may be worthwhile because it comes with a bonus incentive. Also, the price you lock in is a pickup price, meaning they come and get it so you don’t have to make a delivery, which could save me some money.”

“When we grew it beside other yellow pea varieties, we were blown away to see a five per cent yield advantage and the standability was pretty good,” says Stamp.

Back at the Lindgren farm, in Jordan’s first year growing yellow peas, he is seeing high yields with three newer varieties.

“CDC Inca is the tallest of the three, but as long as we could cut into it with the combine, harvesting was easy, and it showed the best standability of the trio,” he says. “AAC Chrome stood almost as well, and though AAC Carver was the worst of the three in terms of standability, and a bit harder to harvest, all three performed well in terms of yield.”

Like that first round draft pick that languishes in the minors, not every highly touted variety will be a winner. If you can score more hits than misses, however, it could be a game changer for your bottom line.