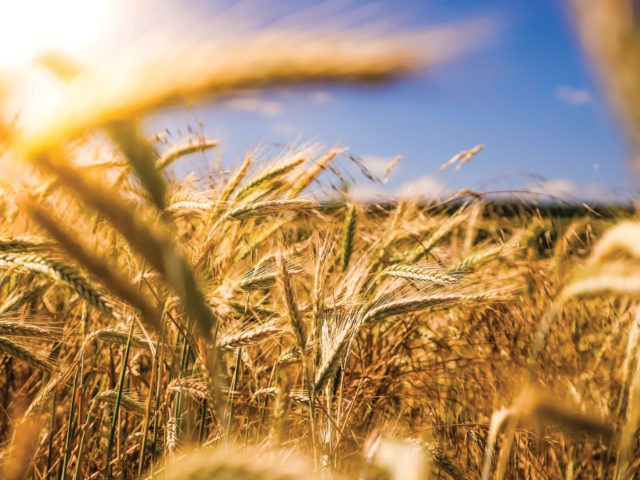 While intercropping is primarily thought of as an organic farming practice, the crowd at the workshop definitely showed it can have tremendous benefits on a conventional farm as well. Intercropping is the practice of seeding more than one crop at the same time, in the same fields. The two most predominant ways of seeding the intercrop are by premixing the seed together or by doing a “paired row” system, keeping the crops separated in the field.

In recent years, there has been a shift to no-till and to more ecological farming practices driven by farmers. Studies have proven that legumes, such as lentils and peas, fix nitrogen better in a no-till system than in a conventional tillage system, and we have also learned that no-till soils are more energy efficient.

There has been a lot of research done locally in southern Manitoba and southern Saskatchewan which has demonstrated how crops can benefit each other and essentially work together in an intercrop system. There are many examples of how roots from different plants grow to different depths, and can lift water to plants that do not root as deeply. We have learned that cereal crops such as wheat, oats and barley have larger root systems than legumes because they need to search for nitrogen, while the legumes fix the nitrogen themselves, reducing the need for such an extensive root mass.

In an intercropping system, roots are often intertwined in order to use the nutrients the other plant’s roots are giving off – a form of nutrient transference. This is also known as CMN or common mycorrhizal networks. Mycorrhiza is a beneficial type of fungi that grows with most plant roots. In most cases, there is a mutually-beneficial symbiotic relationship between the host plant and this fungus.

As an example, in an intercrop between wheat and peas, the peas contribute about 20 per cent of the nitrogen that they fix to the intercropped wheat, thus reducing the need for applied nitrogen. Complementary intercrops also tap into different resource pools in the soil and help provide nutrient access. For example, chickpeas will allow intercropped wheat to access organic phosphorous via root extraction.

Another benefit of intercropping is an increase in photosynthesis due to more plant biomass and ground cover which can also reduce weed pressures. In wheat, intercropping has also been proven to reduce disease, which can minimize fungicide use in the crop.

On the marketing side, there have been a couple of somewhat surprising revelations from the intercrop research we have seen. Intercropping has been shown to allow growers to use less competitive, higher-value crops in their intercrop with more success than growing them individually. We have also seen crops produce and thrive in an intercrop situation in areas where they nearly always fail in a monocrop system. The opportunity for more diversity with regards to cropping options is always exciting for producers and buyers alike! The opportunities seem nearly endless as far as potential mixes producers could intercrop, as well as the possible benefits on both the marketing and agronomic sides of the coin.