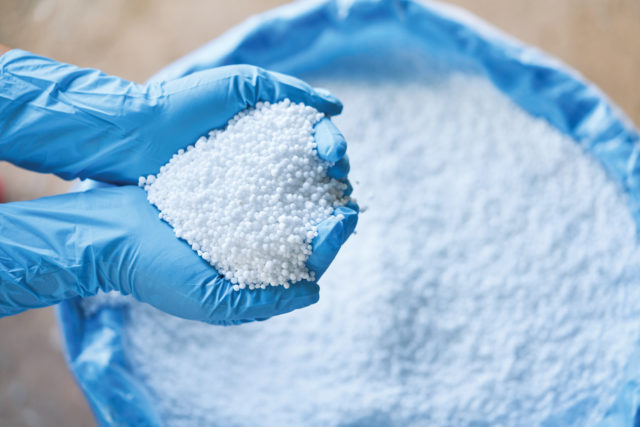 I’m a fan of the farm input price information published monthly by Alberta Agriculture, particularly the fertilizer prices. I only wish it was more frequent and that it was available in each province.

Before going further, I should note the copyright information: “This content may not be used or reproduced without properly accrediting the Statistics and Data Development Branch, Economics and Competitiveness Division, Alberta Agriculture and Forestry.”

Monthly survey of prices for selected farm inputs has been conducted in Alberta since 1976. I’m always amazed at how seldom the information seems to be quoted and I’m also amazed at how many producers don’t know about it, even in Alberta.

According to the website, price collection is carried out by the Alberta Federation of Agriculture in partnership with the Data Development Branch. Since April of 2009, the project has been sponsored by Growing Forward, a federal-provincial-territorial agreement.

For both urea and phosphate, the October price was the highest in the past couple years. However, prior to the summer of 2016, prices were much higher. In the last five years, the highest price for urea was $750 a tonne back in June of 2014. Phosphate peaked at around $840 a tonne in June of 2015. Full-service anhydrous ammonia (82-0-0) was pegged at $835 a tonne in October, up $5 a tonne from the previous month. However, anhydrous is relatively inexpensive from a historical perspective.

The Alberta Ag website includes a function whereby you can see graphs of prices for the past two years or the past five years. Search “Alberta Farm Input Price Survey” to find the website.

Unfortunately, the information from each month is only available well into the following month. Biweekly or ideally weekly information released immediately after the survey would be far more useful.

And while the price trends are probably similar in Saskatchewan and Manitoba most of the time, the values can be significantly different. The October prices I paid for both urea and phosphate in southwestern Saskatchewan were considerably higher than the average prices reported for Alberta.

Fertilizer is a huge input cost and price transparency is a problem. Numerous sources provide information on current grain prices. As a producer, you can get texts with price quotes several times a day or you can go onto various websites to look up prices. By comparison, about the only way to get fertilizer prices is to take time and call around to various suppliers.

The Alberta Farm Input Price Survey covers 56 different farm inputs from fence posts to combines. It’s interesting to see how the price of farm machinery has increased over the years. However, I’m not sure how useful it is to have a base price on some unnamed make of tractor in a particular horsepower range.

The price of diesel and gasoline is valuable. On the other hand, the price of a particular brand of Roundup herbicide may or may not bear any relationship to the cost of generic glyphosate.

But at least Alberta is doing something to provide farm input price information and that’s more than what’s happening in the other provinces. APAS, the Agricultural Producers Association of Saskatchewan, has investigated the possibility of doing a farm input price survey, but nothing has materialized.

If governments and farm organizations want to help farmers to help themselves, more and better information on farm input prices would be a good place to start.