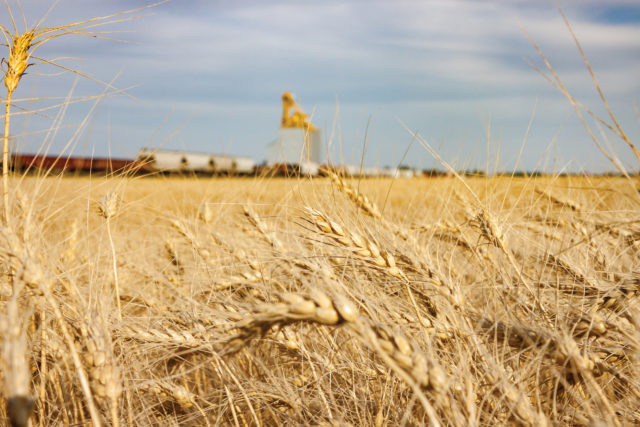 Risk management on the farm is a big bucket, one containing everything from financial and production planning to knowing when or if to pre-sell grain and at what price.

However, today’s risk management involves a social component as well. How do farmers deal with an employee who presents them with a doctor’s note indicating their need to use medical marijuana? How does agriculture get a seat at the table when industry-changing policies are being developed? Neither are directly related to the actual process of farming, but both can have a significant impact at the farm gate in the long-term.

We asked farm advisors from Alberta and Manitoba and a farmer from Saskatchewan about the biggest risks farmers face in 2019.

The increasing cost of land, inputs and equipment is probably the biggest concern among farmers today, with all other risk management issues either feeding into it or flowing from it.

“All of a sudden an average crop doesn’t pay the bills anymore,” says Ian Boxall, a fourth-generation farmer near Tisdale in northeast Saskatchewan.

Boxall fights the rising cost of farming by watching the markets and keeping his seeding plan and input return on investment razor-sharp. However, farmers cannot be price-takers forever, he says. At some point, consumers are going to have to swallow their share of the cost of production.

“Canada has the second-highest cost of production and the third-lowest cost of food. I know that Joe and Jane General Public don’t want to pay more money for food but somehow we have to narrow that difference.”

There are things farmers can do to cut costs that are not widely documented, says Brian Voth, president of Manitoba-based intelliFARM, a company that helps grain farmers manage their marketing risks. Although reducing inputs where necessary is always part of a good risk management plan, Voth says it’s often fixed costs that get farmers in trouble.

For example, Voth says farmers tend to buy more equipment during good years—sometimes whether it’s needed or not—but are still on the hook for those payments when the markets go south.

“I guess it depends on the context, but I find that a lot of farms are over-equipped,” he says. “They have far more equipment than they need to further their acres. Is it worth it to pay half a million dollars for one brand of four-wheel-drive tractor versus, say, $300,000 for a different brand that’s the same size? Your creature comforts won’t be the same but it’s going to do the same job for a lot less money.”

A need for employees usually comes hand-in-glove with operations transitioning from small family farms to larger enterprises. With that transition comes a host of occupational health and safety issues. Farmers need to develop plans and strategies to manage the health and safety of employees and protect a farm’s liability exposure, according to Dan Trottier, president of Tatonga Consulting Services, a Red Deer, Alta., risk management firm.

“There is an awareness developing at the farm gate of the liability associated with hiring people and having them participate in the activities of the farm,” he says. “When you bring new workers into the work environment, the business can no longer assume those workers have all of the awareness they need and that they are able to identify hazards like a family member would.”

Some of Trottier’s ag clients are asking him how they should handle employee use of now-legal recreational or medical marijuana. Farms with employees need to have a drug and alcohol management policy in place to address this, he says.

“Questions have come up after the introduction of cannabis as a legal alternative last fall. If a farm historically had a drug and alcohol policy, were enforcing it and had previously established which positions and tasks on the farm are not to be performed while under the influence of drugs and alcohol, the policy can more or less stay the same going forward.”

If the farm does not have a drug and alcohol policy in place, Trottier recommends developing and implementing a customized policy for the farm. The same policy should apply for doctor-prescribed medical marijuana as well, he says.

“If the farm has decided that certain job tasks are so safety-sensitive that an employee cannot perform them while under the influence of drugs—for medical reasons or not—then those workers need to be excluded from performing those tasks.”

Farm succession is another matter weighing heavily on the minds of many farmers. Succession planning is nothing new; however, it’s another area of farm management that has been complicated by the growing size and scope of farm operations. Trottier has observed the symptoms regularly and offers his clients some coaching.

“Communication is key. The existing farm owners or partners have to discuss options ahead of time to decide the best path forward and, if that’s a successful conversation, move into an implementation phase with all family members talking about the opportunities and path forward,” he says.

The transition between the current owner and the next generation should be a gradual one, says Trottier. Generally, the bigger the farm, the longer that transition should take.

“It’s not something where you can say, ‘You’re in charge of the farm tomorrow.’ The next generation has to have the ability to buy into the operation over time and be able to transition through that properly. It’s no longer a one-year scenario, it’s a five- to 10-year kind of scenario.”

Trade wars hit home
Trade disputes such as the one between the United States and China have an impact that can be felt at the farm gate, says Boxall. They are particularly disruptive to trade-dependent jurisdictions such as Western Canada.

“In Saskatchewan we export $15 billion in agricultural products, so trade is a huge issue. People are uncertain about what the market will bear,” he says.

The ag industry needs to make sure it always has a seat at the table when trade deals are being negotiated, he says. “We need to ensure our government and our allies understand that trade is good for everybody and to have good trade there will need to be concessions on both sides.”

Trust between the agriculture industry and consumers is still lacking in many respects, says Boxall, and misinformation about the industry from certain quarters is partly to blame.

“People outside of farming don’t believe we have their best interests at heart when growing our crops,” he says. “What they need to remember is we are consumers as well. My family eats the same food that they eat. I don’t want to do anything on my farm that is going to affect the health of my family.”

Social media offers a major opportunity for farmers to tell their stories, but their efforts shouldn’t end there, explains Boxall. “We should take every opportunity we get to meet with policy makers and tell a positive story. Bring them solutions—don’t just go and complain.”

One of the biggest risks farmers are exposed to, especially at this time of year, is whether or not to pre-sell grain. Although many farmers are understandably apprehensive about forward-pricing, Voth says the risks can be alleviated by developing a marketing plan based on at least a five-year yield average and then pre-selling based on a percentage of that average.

“There is a risk of selling grain that you haven’t harvested yet because you may not,” he says.

“That is why we look at the long-term average because that average is going to factor in very good years and it’s going to factor in very poor years. If that average is, say, 45 bushel per acre canola, we’re not going to go and pre-sell 45 bushels per acre; we’re going to sell a percentage of that, usually about 30 to 50 per cent up to a maximum of 70 to 80 per cent, depending on the farmer’s needs and aversion to risk. Not forward selling grain has its risks also if prices drop through summer and harvest.”