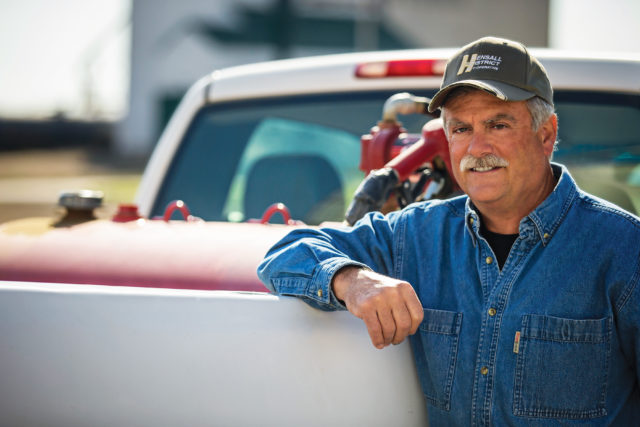 As I write this on March 18, we’re on holiday in a small fishing village in southern Mexico. Our flight home was cancelled and we’ve booked other airlines for the earliest possible departure. However, I’m not certain given the escalating actions to curtail the COVID-19 pandemic that we’ll be back in time for seeding.

Nor am I confident that seeding will be easy for anyone with the possible supply chain disruptions that could be looming. This is an amazingly difficult time in human history.

Watching social media, I was surprised to see this tweet pop up:

So…Remember last spring when @KevinHursh1 told farmers/farm household managers to no longer waste time growing gardens, that it was an inefficient use of time and resources? I disagreed then, and disagree as strongly now.

The tweet received a lot of retweets and likes, so it no doubt struck a chord with lots of people. Someone else chimed in and said, “We stopped listening to Hursch (sic) years ago.”

I responded to the initial tweet noting that stockpiling food for an emergency can be done independently from growing a large garden, but I suspect that in the current environment many people like the idea of being independent and self-sufficient.

For the record, here’s what I’ve said and written about large gardens and beautiful farmsteads. If it pleases you, go for it. Great to have fresh vegetables and there are numerous ways to preserve the food and store it for a long time. And if you like turning your farmyard into a virtual park that is also your choice.

But sometimes people get trapped into this work when it isn’t their first love. For instance, since the mom always kept a large garden, the daughter-in-law might feel pressured to keep up the tradition even though she’d like to make other contributions to the farming operation.

Yard work can be a never-ending job if you let it and so can a large garden. Assess why you’re doing it. For most people, the grocery money saved from a large garden pays very poor wages. A smaller garden can still provide some satisfaction and the pleasure of fresh produce without such a big time commitment.

Everyone should make their own choices, but if the farm is short of labour and/or short on profitability, you might want to re-evaluate the best uses of your time.

As a writer and speaker, I’m not of much use if not a bit provocative. Feel free to disagree. If you don’t want your ideas challenged, stick to romance novels.

I grew up on a mixed farm at a time when most farms were specializing. We had laying hens with the eggs sold locally, a few pigs raised from weanlings for our own pork, chickens running all over the yard in the summer, a small 20-head cattle herd and a big garden. My mom baked everything and there was never any store-bought bread or buns in the house.

That was the way my parents scraped through some very tough years. The milk cow, a recently purchased Jersey, died when I was about four years old and my parents stopped milking cows and shipping cream at that time. Turkeys were also eventually discontinued, but the rest of the livestock and the spirit of self-sufficiency continued for a long time afterwards.

At my graduation from ag college, the guest speaker was Mac Runciman, the long-time president of United Grain Growers. He spoke about farms specializing and moving away from the self-sufficiency model. I remember disagreeing with him, because that wasn’t the way I was raised.

Goodness knows what the world will look like once the COVID-19 crisis has passed. I suspect some people may want to go back to simpler times of self-reliance. In past times of anxiety, there were people who built bomb shelters. This is a similar mentality.

Since I can’t predict the future, I can’t say the self-preservation mentality is misplaced, but it certainly isn’t commercial agriculture, where scale, efficiency and cost of production matters.