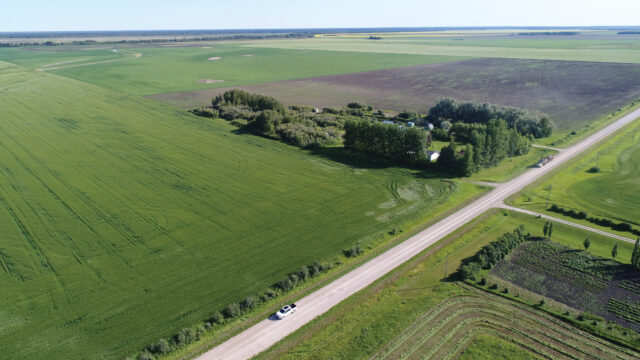 It’s been said that land is a farmer’s gold. It’s more than a sentimental notion: much like gold, farmland and land in general, is considered a hedge against inflation, a safe investment in a world of wildly fluctuating speculation. Because so much of a farm’s value is tied up in land, a slowdown in the growth of that value may make farmers squirm in their tractor seats.

Farm Credit Canada says that is exactly what’s happening. According to its report for 2019, growth in farmland value across Canada. After a decade of nearly uninterrupted year-over-year increases has slowed down to a little more than five per cent. That still means growth is happening, but it’s a far cry from the dizzying highs seen in 2013, which saw Canada-wide growth of 22 per cent.

So how much should farmland owners be worried? Not much, say farmland realtors, or, at least no more than before. Darren Sander, a Saskatoon, Sask.,realtor with RE/MAX whose territory covers a wide swath of Alberta, Saskatchewan and Manitoba, says the high values seen over the past decade are not ending, but only beginning.

“I think the long-term forecast for land in western Canada is bullish,” he says. “For one, we’re looking at the largest transfer of land in the history of Saskatchewan due to the aging demographic. We are going to see an unprecedented amount of land come on the market in the next decade. It’s a very unique time in our history.”

History is also on the side of growing farmland value, says Sander, who attributes this recent contraction largely to a cooldown in commodity prices.

“One of the things we’ve always seen with farmland, with the exception of a small window in the ‘80s, is that its value has always stayed fairly steady or increased,” he says. “And of course over the last 15 years we’ve seen unprecedented growth in farmland because I think it was undervalued.”

Ben Van Dyjk, a Coaldale, Alta., farm realtor with Real Estate Centre, says quality farmland, depending on location, will continue to rise in value simply because much of it is disappearing to industrial acreage and other interests.

“The loss of good farmland is increasing everyday,” says Van Dyjk, whose sales territory spans B.C. to Saskatchewan. “That will decrease the availability of good cropland for the future. If you see how much we lose every day to highways and urban sprawl it’s just incredible.”

The element of luck

So what makes farmland valuable? Both realtors agree that prime land with good quality soil and a record of strong production drives value more than any other factor.

Even quality land can still be undervalued. Sander points to some areas in Saskatchewan that were undervalued before investors recognized them as strong investments. In certain cases, it only takes a single event or a few interested farmers or investors to create a ripple effect. In other words, luck.

“There were a lot of Investments that flowed in from other areas into Saskatchewan that kind of kicked off that growth,” says Sander. “I think a lot of that had to do with the 2008 stock market correction. People were looking to invest in something a little more solid that they could feel and touch, and so a lot of money flowed into farmland and that sparked the run up that we saw for about a decade.”

A more current example of undervalued land, says Sander, is The Pas area in northern Manitoba. While the area may be isolated, Sander says perhaps the biggest potential draw is the amount of contiguous land available.

“We’ve got a listing up there in conjunction with RE/MAX Winnipeg. It’s the largest tract of farmland for sale in Canada right now that I’m aware of. It’s about 23,000 acres and isapproximately $1,700 per acre right now. And it will go up against the most productive land anywhere in Canada at that price,” he says. “Compare that to maybe southern Alberta where you are paying $6,000 per acre. It takes a lot more bumper crops to pay off that $6,000 land than it does for the $1,700 land. It would probably be next to impossible to assemble 25,000 acres of cultivated ground in that area.”

One of the biggest factors that can drive farmland value is its adjacency to other farmers, essentially your neighbours’ land when they are ready to sell. These are often seen as assets local farmers may use to expand their current operations. Expansion is often looked on as a good investment because it can offer better operational efficiency, explains Van Dyjk. However, it still has to make sense from an affordability perspective.

Farmability also plays a major role in land value, and to a large extent that means a minimum of water bodies and ditches to steer large equipment around, says Van Dyjk.

That’s bad news for conservation groups that have been trying to get farmers to see wetland areas as an asset rather than a liability. However, a farmer grazing cattle on rangeland may see it differently.

“It depends on what you’re doing,” says Van Dyjk. “With cropland, wetlands would definitely be a liability. But in cattle operations they can be an asset because while the water table is higher they are likely to have higher-yielding grass or hay production.”

Soil type is typically not a factor in boosting farmland value, says Sander. Although farmers may sometimes seek out a certain soil type for suitability on a particular crop, there isn’t a particular market advantage which places, for example, clay soil at a premium over loam soil.

“The interesting thing about the different soil zones is every year varies,” he says. “One year the clay zone maybe gets too much moisture. The loamy soils can filter away the water and they may have a productive year that year. The next year there may be very little moisture and clay soil shines because it holds the moisture better.”

One thing farmers definitely do not want is high soil alkalinity, says Van Dyjk. “If you have alkali on your land it’s really hard to sell. It has a great effect on the productivity of the land.”

If the world has learned anything over the past several months, it’s that the COVID-19 crisis has drilled into virtually all sectors of the economy. So what does that mean for farmland sales? It’s still too early to tell, says Van Dyjk, but from an anecdotal perspective he has not seen it have a major effect on value or buying activity.

“There are definitely farmers who are postponing Investments decisions based on COVID, saying this is not a good time for us to expand,” he says. “We want to wait and see how it is dealt with in the world before we expand our operations, but it really hasn’t caused any lost sales.”

Sander sees buyer interest picking up again after a short period of hesitation. “I’ve got a lot of calls on the listings I have again and I think we are getting back to business.”