Home A Farmer's Viewpoint Agronomic Advice is All Over the Map 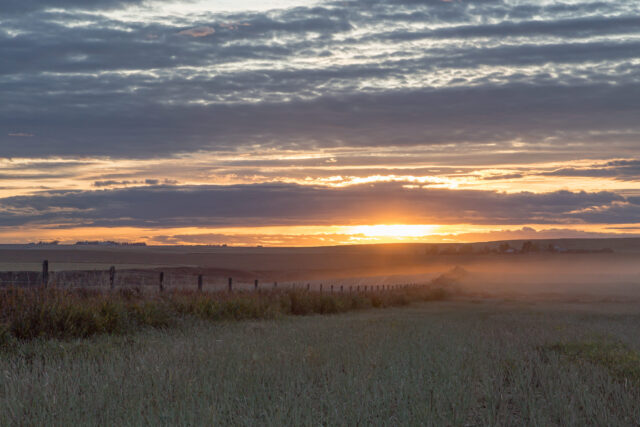 To say that variation exists in agronomic advice is an understatement. Never have farmers received such wide-ranging and often contradictory advice on how to grow their crops.

To date, so-called precision agriculture has overpromised and under-delivered. The theory of varying your inputs across the landscape makes sense and certain farmers are getting positive results, but many of us have more basic agronomic issues to deal with before we jump into variable rate application.

In other words, you probably need to be really good at what you’re already doing before going the extra step.

Take fertilizer use as an example. Agrologists have long preached the need for soil testing so you know what you’re working with for nutrients in the soil. But different soil test labs use different testing regimes and sometimes come out with significantly different results. Beyond that, different professionals interpreting the soil test results can come up with widely varying recommendations.

During the summer, I had a crop tour on a farm not far from my own in southwest Saskatchewan. While in the same soil zone, their fertilizer use dwarfs what I apply.

They are shooting for high yields, replacement of the nutrients exported with the grain and building the nutrient content of the soil for future crops. In addition to large quantities of nitrogen, phosphate and sulfur in various forms, they are also applying a range of micronutrients.

To their credit, they have meticulous records and conduct field scale trials. They’ve researched nutrient release rates and they know which compounds tie up each other in the soil.

However, here in the Palliser Triangle, precipitation is all too often the main yield limiting factor. I’m not convinced that such an aggressive fertilizer program is either affordable or sustainable.

By the same token, 10 years ago most of us scoffed at the fertilizer rates that are common today.

What’s the correct approach to fertility? Which of the myriad of new products is worthwhile and which are a waste of money?

Beyond fertility, what about tillage? Zero- or minimum-tillage used to be the Holy Grail and some still think it is. Increasingly though, tillage of some form is being incorporated into farming systems whether for residue management or dealing with real or perceived compaction problems.

I find it interesting that certain farmers want to deep rip their soils regularly to deal with compaction, but they insist on larger and heavier equipment and the extensive use of grain carts to chase combines around the field at harvest time.

Deep ripping has been shown to benefit various soils in particular circumstances, but I’m not convinced that it’s needed on a widespread basis.

What’s your philosophy on fungicide use? Do you count on using a fungicide on all your crops each year or do you evaluate on a case-by-case basis?

Another crop to grow if you want to be humbled from an agronomic point of view is lentils. Too tight a rotation and/or waterlogged soil and you’ll lose big areas of fields to root rot.

And there can be huge weed control wrecks in lentil fields. Some are polluted with kochia. Others have so much wild mustard that you have a hard time determining that it’s supposed to be a lentil crop under all those yellow flowers.

But it’s really tough anymore to know what advice to heed and what to ignore. What seems to work for one farmer doesn’t necessarily work for the neighbour.

Personally, I still have a lot of improvements to make before I worry too much about variable rate applications.