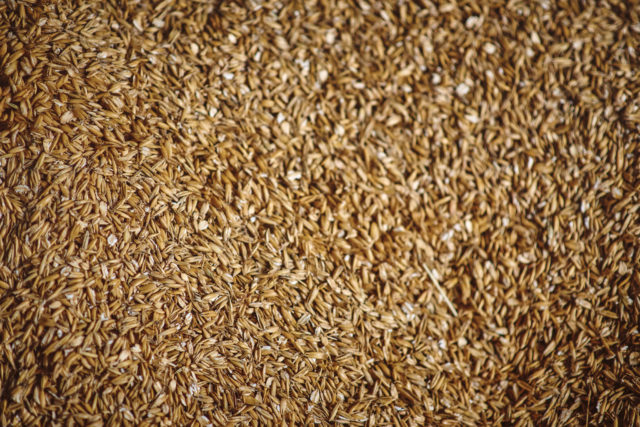 I want to take this time to talk about oat markets, specifically, a couple of areas where we are seeing growth and opportunity, not only for us on the milling side, but also for the producers that are growing the grain.

For many years, oats were almost an afterthought on many farms. They were what you seeded when it got too late to seed anything else. Oats were the crop that you really didn’t put any fertilizer with or worry about herbicides. Today, for most oat producers, that is simply not the case. Oats are being seeded earlier and earlier. Fertility packages are being used and becoming more sophisticated year after year. Granted, oats are still a relatively cheap crop to grow, as seed is not too pricey and the fertilizer levels that are recommended are still quite low compared to other crops. Many growers have added micro-nutrients to their fertilizer and upped the potash levels on their oats. As a result, they are reporting success in both yield and quality increases with these practices.

With the increase in seeded acreage of oats, yield potential with newer varieties and practices, there comes a need for increased markets for these oats. Fortunately, two new sub-markets are helping to fill this void, the Gluten Free market and the Oat Milk market! Both have seen a surge in demand, which has benefitted oat growers across the Prairies. Prices have been boosted up a little, but the bigger benefit is in the increasing demand for high quality milling oats.

On the Gluten Free side, the Celiac market is only a small portion of the demand. Today’s consumer is increasingly concerned with the quality of the food they are buying, and many are choosing to consume less gluten. Oats are inherently gluten free, it is the wheat, barley and other gluten containing grains that can cause an issue. Because of this, certain millers have developed production models to help growers produce gluten free oats which are basically pure oats with no other gluten containing grains in them. Other millers have developed mechanical processes to eliminate the gluten containing grains in their cleaning systems, which also can produce gluten free finished products.

The Oat Milk market is, to me at least, the much more exciting one as far as oat demand goes. Oat milk has been very popular in Europe for years, so much so that one company has created an entire dairy replacement line of oat-based products, including cream cheese, sour cream and ice cream! In this day of lactose intolerance and consumers looking for dairy alternatives, to me oat-based products make more sense than many of the other alternatives. Not only does the oat milk taste better, in my opinion, but oats are produced in a more sustainable way than almonds or soy, which require larger amounts of water, in the case of almonds, and overall inputs, in the case of soy. While there are other products out there trying to compete in the non-dairy markets that might be more sustainable than almonds or soy, they are not nearly as popular.

These 2 important pieces of the oat demand puzzle will continue to grow in North America, hopefully leading to more oats being grown and to more lucrative opportunities for producers as we move forward.