Home A Farmer's Viewpoint Getting a Farming Start 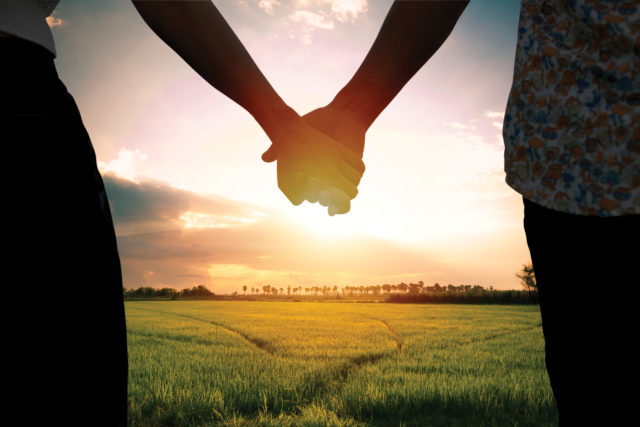 Many young men and women would love to farm. In fact, some are obsessed with it. It’s their lifelong dream and has them exploring non-conventional ways of getting started in the business.

The traditional route to establishing your own viable farm is through family involvement. It used to be that the farm was passed along by Dad and Mom to one or more sons. Increasingly, that gender bias is disappearing and daughters are starting to be treated more equitably in the succession discussion.

Without significant family support it’s difficult and some would say impossible to build a viable farm operation. Exceptions exist where people are able to acquire enough capital in off farm activities to gradually get a start. This seems to work best with specialized niche production where capital requirements may be lower and margins might be higher.

In conventional grains, oilseeds and pulse crops, cow-calf operations and dairies, the capital requirements are generally so large that without family assistance it’s a long hard climb to reach anything approaching a viable size.

Land and quota costs are both above their productive value. In other words, they are very difficult to pay for based on the production they allow.

Renting land is a common way to start, but competitive forces often push rental rates to unrealistic levels and machinery isn’t cheap to buy or maintain. Sometimes you see advertisements for a young farmer who is looking to buy or rent land. The hope is that someone will give a young person a break.

I’m surprised by how many people I’ve met who want to farm and who come from a farming family, but it isn’t working out. Another sibling is the chosen one or the entire family dynamic is messed up and no one gets along or the outgoing generations doesn’t accept the fact that they won’t live forever.

There are also situations where the existing family farm doesn’t have enough equity to give the next generation a break. The retiring generation needs all they can get from the farm to fund their retirement.

When your own farming family isn’t willing or able to give you a start, what’s a young person to do?

Some are looking for opportunities to work for a farmer and gradually leverage their labour and time into their own viable farm. It’s a little like being adopted as an adult into a farming family.

Some farms have no successor, but the owners would rather see it passed along to a young up and comer rather than being sold to the highest bidder. They may be a number of years from retirement, but in the meantime they need someone reliable to help with all the work.

These arrangements aren’t always planned. Often they just evolve out of a favourable farm labour situation.

Perhaps we need more sophisticated matchmaking services to bring non-family members into succession discussions with farmers who want to see their operations carry on rather than being gobbled up by large players.

Another even more common way to become a farmer is to marry into it. Traditionally, it has been the wife marrying a farming husband, but it occurs the other way too. In fact, some guys with no farm experience have become farmers through their choice of life partner.

Often both the wife and husband come from farming families, but due to logistics and / or family circumstances, they farm with one side or the other.

Choosing your spouse based on whether it offers an opportunity to farm doesn’t sound like the formula for a happy and lasting relationship. Hopefully, love comes before business.

Not many years ago you’d hear people lament that young people just don’t want to farm anymore. That certainly isn’t true today. Lots of young people want to farm, but many of them can’t figure out how to get a start.