Home Grain Market Analysis In For A Wild Ride 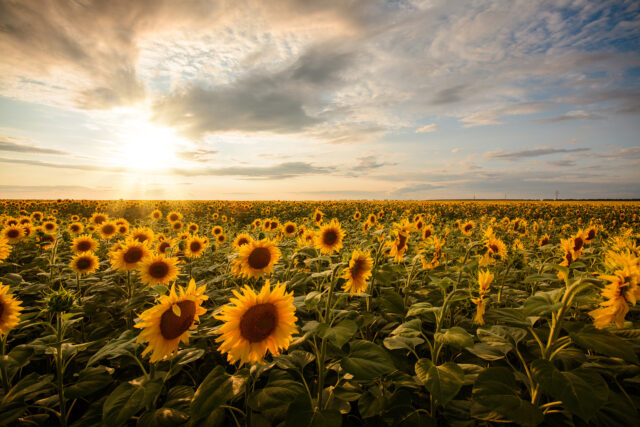 This time of year, as the crop planning is done and we move on to the actual planting of the crop, marketing usually takes a bit of a backseat. However, this little lull in producer selling can often bring about some pretty aggressive pricing activity both during and immediately after seeding is complete.

In a year where the crop supply is as tight as this one, I am expecting some pretty aggressive premiums in most commodities as we head into the summer. Buyers have been pretty hungry all winter, but the majority are not fully covered into new crop and will have to stay on top of their buying through June and July to try and keep the mills and crush plants full until the combines roll.

As we sit here today, prices are in the close vicinity of all-time record highs across most commodities, but as buyers get covered that will change, at some point dramatically. While I realize we must always be looking for the best price we can get, at some point taking a nice tidy profit outweighs the risk of waiting one day too long and losing out on prices, and potentially the opportunity to move the grain out of the bins prior to harvest. I have heard some buyers, and some farmers, call this greed, but I believe it is more of a human nature issue. Especially in a year like this one, when net returns are down it is very tempting to hold out for that next dollar.

Once we roll into summer, we generally move from a supply and demand-based market to much more of a weather-based market. Globally, supplies of nearly every commodity are tight, which has everyone watching this upcoming crop with intense regard. If we come out of the field with good moisture to start the crop and any kind of positive moisture in the forecasts, look out! Buyers and traders are going to be looking for bears in the market after almost a year of nothing but bulls while a reduction in the drought situation on the Prairies would fit that bill perfectly. On the other hand, if forecasts predict continued drought across North America, we could be in for another wild ride climbing even higher in the new year.

Due to the war in Ukraine, wheat and canola are the two commodities with the most potential for volatility that could last long term. Ukraine is the world’s largest exporter of sunflowers, which plays a huge role in the global oilseed complex. If they are unable to seed any or all of their acreage, there could potentially be a very large demand swing worldwide into soy and canola oils. This surge in demand could lead to markets surpassing already record high prices.

With regards to wheat, Russia and Ukraine are also very large wheat producing nations. The potential for a major disruption to supply in that region is likely going to raise global wheat prices to the point where acreage here in Canada could increase significantly this year and over the next couple of years just to help the world supply catch up.

For us in the oat world, the disruption in global markets due to the war is not as significant, but we are feeling the impact somewhat because Ukraine, and some of their neighbouring eastern European countries, grow a fair bit of oats each year. Normally there are more organic oats exported out of that region to North America, but there is a decent volume of conventional oats that come over from there as well. If the crop is good here, these oats don’t matter as much. But if we are in a tight supply situation and those oats are not available, things could get pretty crazy here for oats as well.