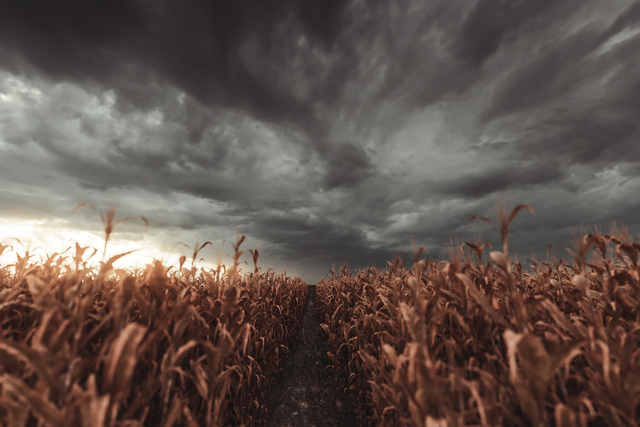 The growing season of 2021 will be indelibly etched in the minds of farmers and in the pages of record books. Not since 1988 has there been a drought of comparable extent and severity on the Canadian prairies. The ramifications will continue well into the next growing season and beyond.

Will production rebound in 2022 or is this a multi-year problem? That’s the multibillion-dollar question. Precipitation deficits are huge, but many regions have had late summer and early fall rains. Others though, remain bone dry.

Unless abundant precipitation arrives, the general trend will be reduced fertilizer use. Producers are hoping fall soil tests show much greater than normal residual nitrogen reducing the need for fertilizer. The ever-increasing price of fertilizer will also be a big incentive to cut back. Numerous factors have combined to push prices higher on nearly all the major nutrients.

Seed will be more expensive than ever because many grain prices are at record or near record levels. Seed supply is likely to be a problem, particularly on certain varieties. It’s a good idea to lock in your seed supply early.

In addition to fertilizer and seed, expect to pay more for almost every other input. Inflation is real and it may be more than a short-term issue.

Pre-pricing of next year’s crop will be a dicey game. With many producers having to buy out deferred delivery contracts due to drought-reduced production, there will be less appetite to price what you haven’t yet produced. And after the sky-high prices for most commodities following harvest, new crop prices will have to be very attractive to garner interest.

Production contracts with an Act of God clause negate the risk of contract buyouts, but prices will still need to be strong to encourage sign up. Only time will tell, but unlike 2021, 2022 could end up as a year when pre-pricing pays off. Companies are going to be eager to lock up some deliveries.

It will be a lean winter for all the businesses that rely on grain volume. Grain companies and the railways won’t get much sympathy for reduced grain volume cutting into their bottom lines. However, custom truckers will also be hit hard. Not only is there less grain to move to market, but there’s likely to be less fertilizer movement to input suppliers and farmers.

Even in times with much less market volatility and much greater grain volumes, some specialty crop buyers have run into financial difficulty. ILTA Grain and Canpulse Foods are recent examples. Given the current drought challenges, it wouldn’t be surprising to see more companies in trouble. An added complication is the container shipping malaise which is disrupting schedules and greatly increasing costs.

In my opinion, it’s a bad idea to defer grain cheques. The licensing and bonding provisions of the Canadian Grain Commission provide pretty good protection against non-payment, but on deferred cheques you quickly go beyond the prescribed timeframe and then there’s no payment protection. Some producers found this out the hard way.

The drought effects are in addition to the ongoing battle against COVID. Supply chain disruptions were a worry back in 2020 when the pandemic first began. Most of those concerns were unfounded, but as the country battles a fourth wave, particularly in Alberta and Saskatchewan, supply chain issues seem to be getting worse.

It may be more important than ever to have your crop protection products lined up well in advance. Farm equipment parts are also a worry, but it’s difficult to stock up in advance on everything that might need to be repaired.

As a grain farmer who had a dismal crop, I still feel much less beleaguered than my cattle producing neighbours worried about whether they’ve scraped enough feed supply together to get through the winter. My heart goes out to those producers.