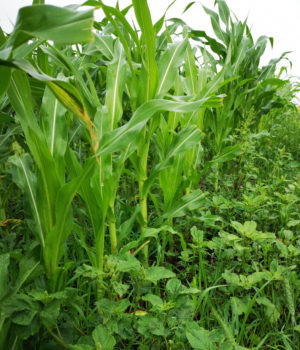 “Nothing in the world is worth having or worth doing unless it means effort, pain, difficulty…”

While he wasn’t referring to crop rotation, there certainly is an underlying connection between that quote and planning a crop sequence. By having a specific rotation in mind, it will help with many aspects of crop management also including addressing or preventing weed issues. Specific weeds can exploit cropping system patterns, but no one weed species is able to thrive when cropping patterns are changed. As herbicide resistance issues increase and our weed control tools decrease, crop rotation can minimize the impact of weeds on crop productivity and lessen the expenditures on herbicides or other weed seed management tools. The winter planning season is a great opportunity to assess if your crop rotation is preventing weed issues or possibly causing them.

Is there such a thing as the perfect crop rotation? The short answer, no. The template for an “ideal” crop rotation is theoretically an oilseed-cereal-pulse-cereal rotation, which provides herbicide options. This minimizes disease and insect issues while maintaining profitability. The opposite of a crop rotation is a monoculture, continuously growing the same crop year after year and the same weeds year after year. Former federal public weed scientist Bob Blackshaw’s research showed that a continuous winter wheat monoculture allowed for downy brome to become a dominant weed, and including canola in that system significantly reduced the downy brome issue. But in many areas, there is a struggle to diversify and even a two-year rotation is a challenge due to herbicide carryover or profitability.

Another government weed scientist Neil Harker provided an “Integrated Wild Oat Management” presentation a couple of years ago and made the remark “weeds fortunate enough to grow in simple, repeated cropping systems of the same life cycle will continue to have little difficulty adapting and thriving.” The less diversity there is in a cropping system, the more likely there is to be certain weeds that thrive. If weeds are a challenge to manage before herbicide resistance, it will not get easier as herbicide resistance develops and weed control options dwindle.

Spring wheat-canola is a strong contender in many cooler, short-season areas and soybean-corn wins out in the warmer and longer-season growing areas. While these systems may pay the bills for the short-term, they tend to allow particular weeds to dominate the production system. Weeds such as wild oats, chickweed, cleavers and wild buckwheat generally enjoy the wheat-canola rotation because they will tolerate the shade and compete well with crops. The corn-soybean rotation allows for longer maturing weeds to set seed and provides the ideal environment for heat-loving foxtails and pigweeds, especially when grown in wide rows that allow more sunshine to help those weeds flourish.

Diversity is the key to using crop rotation as a weed management tool. The concepts are very basic, but all these crop characteristics should be considered when planning for more diversity.

1.   Grassy crops rotated with broadleaf crops: not only does this allow for diversity in herbicide rotation, it allows for differences in crop competition for resources including sunlight, water and nutrients. It’s relatively easy to control a broadleaf weed in a grass crop and a grassy weed in a broadleaf crop.

2.  Cool season versus warm season crops: this is a factor typically not used to its full advantage. Cool season crops such as wheat, barley, oats, and canola are widely adapted and grown in Western Canada. There are limitations on where soybeans, corn, peas, lentils, flax and sunflowers can be grown successfully, but improved genetics and good management are helping to expand those production areas as well. As mentioned earlier, cool season crops tend to be challenged by different weeds than warm season crops, so being able to intersperse the crops reduces the ability of weeds to exploit a particular environment.

4.  Perennial versus annuals: there still is a role for perennial forages as a tool to combat perennial, biennial and winter annual weeds in the system. Many perennials are under-seeded with a companion crop in order to ensure crop competition and to provide some economic returns while impairing weed growth. In many research studies, the critical factor is biomass accumulation and resulting shading provided by the under-seeded crop. This reduces weed germination and competition and acts as a mulch that replaces a herbicide application.

5.  Seeding date: being able to seed late or seed early will also provide a tool for minimizing weed competition. A late spring seeding date, which sometimes is used for silage cereal crops will allow for tillage or non-selective herbicides to be used for weed control. In addition, an early “harvest” with the silage crop minimizes seed set and depletes the weed seed bank.

Crop rotation is part of most farming operations already. The question is, could a few tweaks to that crop plan help alleviate weed issues? The long-term prognosis for a diverse cropping system is much more favourable than a monoculture where adapted, herbicide-resistant weeds are very likely to reign supreme.