Home Those Wily Weeds Corn Herbicides For The West 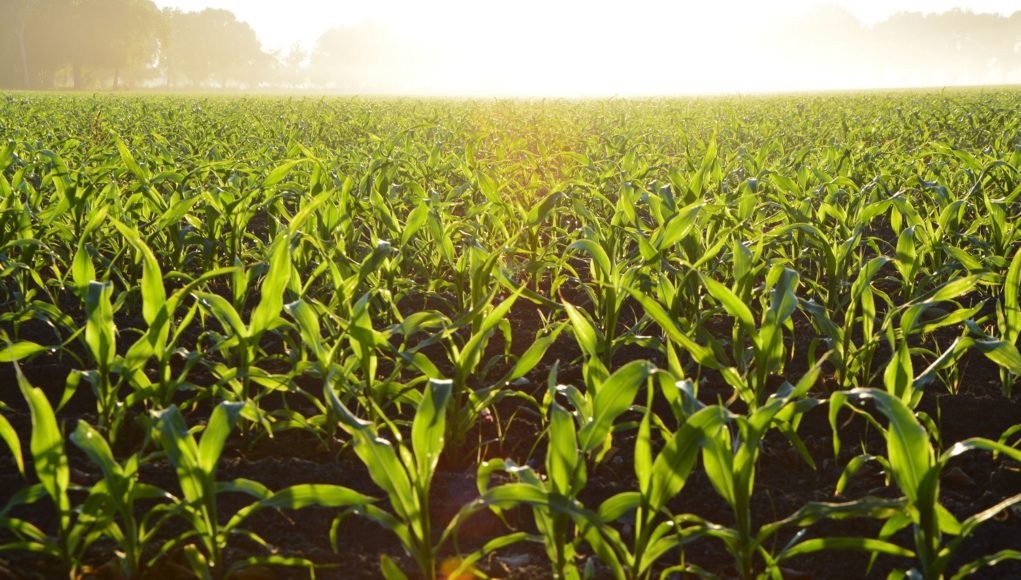 Corn acres on the Prairies have been steadily increasing, in part due to reliable shorter-season varieties with yield potentials rivalling the northern states and Eastern Canada. Despite this growth, corn is still a niche crop supported by agronomic recommendations adopted from traditional corn-growing regions.

Weed management is no exception. A critical weed-free period (CWFP) from the third leaf (V3) through to the sixth leaf (V6) in corn, based on research conducted in Ontario, is often cited in Western Canada. Many Prairie agronomists tweak this CWFP to begin at corn emergence (VE) and extend through V6, which is likely more accurate for our region given the prevalence of cool-season weeds coupled with research findings from Minnesota and North Dakota indicating that corn is less competitive with weeds under cool conditions (< 2250 corn heat units).

This is in part due to corn’s dislike of a crowd, be it weeds or other corn plants. Researchers from the University of Guelph have shown that corn alters its growth pattern based on light waves reflected off neighbouring plants. Dense or weedy corn stands negatively impact corn leaf architecture, decreasing photosynthetic efficiency and increasing the potential for yield loss.

Fortunately, weeds populations are controllable. In traditional corn-growing regions, weed management centres around a two-pass herbicide program that combines pre- and post-emergent herbicide applications and multiple modes of action. Depending on the application rate, many of these herbicides provide residual weed control. Atrazine, dicamba and glyphosate are the base herbicides used in combination with other corn herbicides to target specific weed issues. The two-pass program maintains weed control for the duration of the CWFP while managing the risk of herbicide resistance and existing resistant weeds.

This program would address the same issues in the West, although many eastern Canadian herbicide products are either not registered or used at the lower rates. Also, until recently growers had moved away from pre-emergent soil-applied herbicides in favour of post-emergent, foliar applications. Corn herbicide trials were run in Manitoba in 2016 and 2017 to demonstrate the weed-control properties of registered pre- and post-emergent herbicides for corn production in the Prairies (table 1).

Manitoba was extremely wet in 2016, which resulted in good activation and residual weed control from the herbicides Focus and Frontier Max. It’s likely that Dual II Magnum was washed from the root zone given poorer-than-expected weed control and slightly set back corn.

The opposite was true in 2017, which was very dry. Although it rained just less than one-quarter inch after application of the pre-emergent herbicides, it wasn’t enough to sufficiently activate Focus or Frontier Max resulting in relatively poor weed control. On the other hand, Dual II Magnum was among the cleanest plots with excellent residual control.

Not included in the demonstration trial were the Group 14 herbicides saflufenacil (Heat LQ) and pyraflufen (BlackHawk, GoldWing). Unlike the Group 15 herbicides, these provide little grassy weed control but typically target a broader spectrum of broadleaf weeds, including volunteer canola. These particular herbicides are also non-residual, although at registered corn rates Heat LQ gives residual suppression of volunteer canola and other select weeds.

In 2016, plots treated with the non-selective herbicide glyphosate were among the cleanest. A double-stacked Pioneer variety with tolerance to both glyphosate and glufosinate also allowed for the use of Liberty 200SN. Applied in 12 gallons per acre water, the Liberty treated plot was comparable to glyphosate, including good control of grassy weeds. Not surprisingly, atrazine, applied at 0.8 litres per acre, also yielded a weed-free plot with residual weed control.

The site was dominated by green and yellow foxtail with some lamb’s-quarters, redroot pigweed and wild buckwheat. As such, the plots treated with post-emergent herbicides with no activity on grasses – the Group 4s, Group 6s and Permit – remained very weedy highlighting the need for an effective tank mix partner. Activity on broadleaf weeds was good.

The Group 4 herbicides 2,4-D and MCPA, applied at V2, also caused injury to the corn, a known side-effect of late application timing and/or varietal sensitivity. Although the corn leaves outgrew their symptoms, weakened roots caused lodging and snapping later in the growing season.

For the 2016 season and site, the Group 2 herbicides Option (Manitoba only) and Sortan IS and the Group 27 herbicide Armezon (Impact), were the best post-emergent choices, providing excellent grassy and broadleaf weed control.

Similarly, the lamb’s-quarters and Canada thistle was poorly controlled by the Group 2 herbicides Option, Permit and Sortan IS and by the Group 27 herbicide Armezon. In this case, with less grassy weed pressure and under dry conditions, the Group 4 herbicides shone. Plots treated with 2,4-D, dicamba, Distinct and MCPA had less weed competition than even glyphosate, once the escaped lamb’s-quarters continued to grow. And the particular Maizex variety grown showed no Group 4 injury.

Weed management in corn is necessary to maximize yields. Given our cooler springs and corn’s long CWFP, the two-pass herbicide system is something western corn growers can readily adopt from warmer, more traditional-growing regions. The key is figuring out which herbicide(s) to pair with glyphosate. Unfortunately there’s no simple answer because, as evidenced from the Manitoba trials, the right recipe varies depending on weed species, corn variety and environmental conditions.

A big thank-you to the cooperators at the University of Manitoba Ian N. Morrison Research Farm in Carman (2016) and Ronald Farms Inc. in Portage la Prairie (2017).