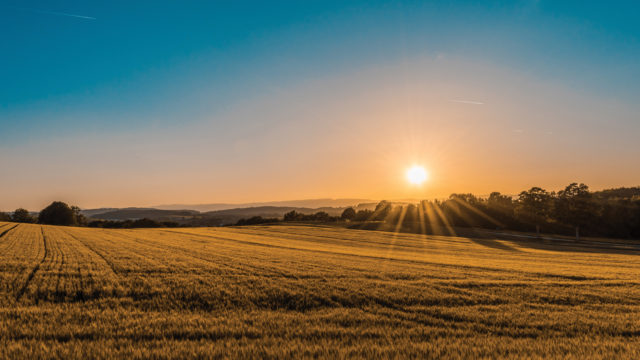 It’s time to spray and what’s the first thing you do? Check the weather forecast, of course. More often than not, the suitability of the weather is the main factor in the decision to spray. Let’s have a closer look at what each weather component contributes to the spray decision.

Everyone knows that small droplets can drift if it’s windy. The windier it is, the worse it is. But that’s hardly the whole story. Here’s how can we improve our understanding of wind and its impact.

•  Look beyond the wind forecast. It’s standard practice to look a day or two ahead for wind forecasts. At any instant, the wind speed and direction may be acceptable for our planned spray job, but we know that it will change. Consider wind speed sites such as Windfinder, Ventusky, or Windy for added insight. These services show trends over time in a great visual interface, allowing users to anticipate changes in wind speed and direction for better planning. These types of sites are not forecasts per se, but by visualizing wind patterns over a larger region, allow a better understanding of, say, pressure system effects on wind direction.

•  Use wind as an ally. We are conditioned to think of wind as having a negative effect on spray drift. The less the better. Yes, droplet displacement increases with wind speed. But the “negative-only” perspective is being re-evaluated in light of dangers associated with wind-free conditions that often occur during temperature inversions. In fact, wind provides a few advantages over calm conditions:

•  Directional certainty. We can assess the risk to downwind sensitive areas. This is not possible with calm conditions because inversion air flow may follow terrain, and as inversions dissipate, the first daily winds can be changeable and unpredictable in direction.

•  Turbulence. Wind creates mechanical turbulence which links different layers of the atmosphere and can help sprays deposit and disperse. Both of these effects have value. In a calm environment, such turbulent eddies do not exist.

•  Low drift options. If it’s windy, we have options to respond. We can lower the boom or lower the spray pressure. We can mix the next tank in higher water volume, forcing either a larger nozzle (larger flow rates of the same model nozzle usually produce coarser sprays) or slower travel speeds. All these practices reduce drift when it’s windy. In comparison, nothing, except not spraying, can be done to reduce risk during inversion conditions. This is because even low-drift spray contain enough fine droplets to cause damage if they linger.

•  Know your wind speed. The international standard for wind speed measurement is 10 m above ground level. When 25 km/h wind speeds are reported, they are at 10 m, not the 1 m height where the boom is located. Within the surface boundary layer, the part of the atmosphere closest to the ground, wind speeds typically increase linearly with the natural log of the height above the canopy. The slope of that line depends on atmospheric stability and roughness length. Very close to the ground, the wind speed reaches zero, and that height is a function of the roughness of the surrounding terrain. As a rule of thumb, over a short crop canopy, expect the wind speed at 1 m above ground to about 0.67x of the speed at 10 m. So, if the weather reports 25 km/h, the actual wind speed at boom height is closer to 17 km/h. Remember that weather stations can be far away, and local conditions will vary. Always measure your local wind speed and direction with your own weather station of handheld device and keep a record.

•  Wind and mode of action. Coarser sprays are a common way to reduce drift in windy conditions. But certain modes of action aren’t well-suited to coarser sprays. We can schedule our spray jobs throughout the day to correspond to spray quality tolerance. Apply the products that require the finest sprays (contact products, grassy herbicides, insecticides) when conditions are best, and save the sprays that tolerate the coarser sprays (systemic products, broadleaf targets) for less certain conditions later in the day. Or treat the fields whose downwind edges border a sensitive crop during better conditions.

Like wind, air temperature is more complex than it appears at first sight. Here are some other aspects to consider:

When it’s sunny, solar radiation heats the earth, which in turn warms the air near it. As a result, the rate of cooling with height is greater than the adiabatic lapse rate, and we have “unstable” conditions that are characterized by thermal turbulence (warm air rising, cold air falling) that actively mixes air parcels. Thermal turbulence is very good at dispersing anything in the air, including spray droplets.

When solar radiation is low or absent, the earth cools and so does the air near it. As a result, air temperature rises with height. Air parcels no longer move up or down, in fact they return to their original location if displaced. This results in a “stable” atmosphere, also called an inversion.

Inversions are dangerous because they are associated with very low dispersion, and a spray cloud will remain concentrated and may linger over the ground for a long time, like ground fog.

Most weather services do not actively measure inversions, and their presence has to be inferred by clues. For example, inversions:

(a) occur primarily when solar radiation is low, from early evening, overnight, to early morning;

(b) are more likely on clear nights, when soils cool more;

(c) can be seen when ground fog is present, or when dust hangs, moving slowly; and,

(d) are associated with low ground temperatures that also cause dew.

•  Learn from North Dakota. North Dakota has an extensive network of about 130 weather stations (a mesonet) that, among other things, measures and reports temperature inversions. NDAWN (ndawn.ndsu.nodak.edu) reports temperatures at 3 m and 1 m, and issues warnings of temperature inversions as they develop at a specific location. NDAWN information is available as an app. North Dakota isn’t the only place to have a public mesonet so check and see what’s available in your area. The added information is worth the subscription.

•  Know the volatility of the product. Certain pesticide active ingredients are volatile. This means they can evaporate from a wet or dry deposit during and after application. Dicamba is a prominent example, but there are others, like trifluralin and ethalfluralin, 2,4-D and MCPA ester, and clomazone. Formulation can affect volatility, and the use of lower volatile esters of 2,4-D and better salts of dicamba have helped. Microencapsulation has been used to reduce the problem with clomazone. Volatility is strongly affected by surface temperature, and volatile products should not be sprayed on hot days or when the forecast calls for hot days following application. Volatile products have been found to evaporate from dry deposits for several days after application, and their vapours move under inversion conditions, causing widespread damage.

The sun plays a big role in spraying. Plants love it when it’s sunny, and their active growth improves herbicide translocation and activity in the photosystem, or amino acid or fatty acid synthesis. The activity of herbicides has been shown to improve under sunny conditions for that reason. Some herbicides, most notably diquat (Reglone), work too well when it’s sunny, and improved performance can be gained by spraying under cloudy or low-light conditions. The lack of photosynthesis allows for some passive translocation before the product causes tissue necrosis.

Sunny conditions also increase thermal turbulence which is useful for burning off morning inversions. But what usually follows a sunny day is a strong inversion as the sun sets and the clear sky facilitates the earth’s rapid cooling. It would be possible to spray a bit later into the evening when it’s cloudy.

Since about 99 per cent of the spray volume is comprised of water, evaporation of this water can have strong effects on droplet behaviour. Droplets begin to evaporate as soon as they leave the nozzle, becoming smaller and more drift-prone while still in flight. Higher booms and finer sprays increase the flight-time of droplets, and this increases the sensitivity to evaporation.

The most common measure of water in air is relative humidity (RH). Unfortunately, the same RH at different temperatures results in two different rates of water evaporation, so it doesn’t tell the whole story. A better measure is wet bulb depression, the difference in temperature reported by a dry bulb vs. a wet bulb thermometer. Wet bulb depression has more recently been coined as “Delta T” in Australia. The Delta T value is directly related to water evaporation, and charts have been published showing acceptable values for spraying. A Delta T of >10 C is considered too high.

After they deposit on a leaf, droplets can evaporate to dryness within seconds, and this can reduce uptake. In one study, a Group 2 herbicide was applied to weeds in a normal-sized spray, and also as a fine mist, both under very dry conditions. Unlike the normally applied product, the finely misted herbicide had no effect on the weeds due to its rapid drying. Interestingly, the product began to work again when the plants were placed in a humid environment.

High humidity can also work against an application. Since humidity is often high during temperature inversions, droplets remain potent while they linger and drift over sensitive terrain. It would be better if they had evaporated and lost their effectiveness.

Some proponents of low water volumes and fine sprays have suggested oily formulations or adjuvants prevent evaporation. While this may, in fact, slow evaporation, it also creates a dangerous condition in which many small droplets remain aloft for a long time, with high activity on any target they may encounter. The bottom line: Don’t spray low volumes with oily adjuvants.

The ideal spray day is sunny, starts a few hours after sunrise once the dew has mostly burned off, and has consistent winds away from sensitive areas. This day ends before sunset, before winds become calm, which signals the onset of the inversion. The well-prepared operator knows that winds will pick up in the afternoon and possibly shift direction, and has planned their day to accommodate the sensitive crops nearby, guided by buffer zone statements on the product label. Their plan involves not just their pick of products and fields that can best handle the forecast, but they also travel with another set of nozzles that can be used when conditions require more than a pressure change can offer. The operator knows that every minute counts and is well prepared with an efficient tender system, spare parts, and a contingency plan should something unexpected happen. They keep a record of weather conditions before, during, and after the field is sprayed.