Home Sprayers 101 The Misplay of our Generation

Note: This article, originally published on Sprayers101.com on August 9, 2017, has been updated with developments and is current as of Nov 30, 2017. It is a story that takes place largely in the U.S. states, but serves as a cautionary tale everywhere that pesticides are used.

Starting in June of 2017, extension specialists and state officials in the soybean-growing areas of the United States became inundated with reports of dicamba damage symptoms in soybeans throughout the Mid-South and Midwest. As of October, it was estimated that 3.6 million acres were officially affected by dicamba drift, with over 2,700 individual complaints received by state authorities. It’s been suggested that actual numbers are significantly higher since not all incidents are reported. Precise yield impacts may never be known since many of these drift incidents affected entire fields, leaving no untreated comparison.

For those new to the issue, dicamba is a broadleaf herbicide in the Group 4 mode of action group, a benzoic acid. It’s an important tool for herbicide resistance management for weeds like palmer amaranth (Amaranthus palmeri) and waterhemp (A. tuberculatus), populations of which have become resistant to Group 2 (ALS inhibitors), Group 5 (triazines), Group 9 (glyphosate), Group 14 (PPO inhibitors) and Group 27 (HPPD inhibitors) in some places.

Dicamba is a volatile herbicide, discovered in 1942 and first registered in the U.S. in 1967. Its primary use was in corn and other cereal crops, lawns and rights of way, at comparatively low doses, and relatively early in the season.

Calling a pesticide volatile means it can evaporate after application, either from a liquid or a dry deposit, for hours or sometimes days after application. The resulting vapour cloud can move unpredictably, depending on atmospheric conditions, and affect plants long distances away. Higher temperatures increase vapour loss.

Starting this year, dicamba-tolerant soybeans and cotton (Xtend varieties) were sprayed with new lower-volatility formulations of dicamba, XtendiMax, Engenia and FeXapan, to control certain broadleaf weeds (including the amaranth species above) without harming the soybeans. Problem is, dicamba can harm non-Xtend soybeans and other plants, even at very low doses. And these registrations were for applications that occurred later in the season, at higher doses than before.

I usually don’t get involved in people’s decision about whether to spray, or what to spray. But I do get involved when it comes down to how to spray. That’s my job. The real question to me is “can this product be used safely in cotton and soybeans?” Right now, the answer seems to be “with great difficulty.”

In my business, our guiding principles are what some people have called the “three Es of application” – efficacy, efficiency and environment.

We use sprays to control pests. That’s the only reason. We have to apply them so that they work, or else it’s a wasted effort. That’s the efficacy part. We also need to use our resources, time, money, etc., efficiently so the whole process doesn’t bankrupt us and we have time left for other important tasks. That’s efficiency. And finally, we need to protect the environment, and that means making sure the product lands where it’s intended.

None of these three priorities trumps the others. All need to be met to the best degree possible. And due to ever-changing conditions, we will typically change our approach to emphasize one or two of these three over the others to have a working system.

Simply put, pesticides belong on target surfaces covered by the swath of the sprayer, and nowhere else. If they do move elsewhere (something we’ve come to view as inevitable), regulators conduct risk assessments to ensure that this movement does not result in harm. If harm is possible, mitigating tools such as application timing, product rate, spray method and buffer zones may be imposed. If those tools aren’t enough to ensure safety, regulators deny product registration. That’s their job.

But even if no harm is done by trespass, the products still need to be on-target. That’s stewardship. It’s a principle whose adherence gives licence for a technology to be used. It gives others faith in our competence. Practicing this principle when it’s easy prepares us for hard times.

I respect our regulatory process, and know it to be increasingly conservative with regards to risk the less data there are. I worked for the PMRA (the Canadian pesticide regulatory agency) as an application expert for five years. I know the system isn’t perfect and can make mistakes. I know the system can be political. Usually it’s by being too careful. With dicamba, it looks like the opposite happened.

The reason our U.S. colleagues and neighbours saw dicamba leaf cupping everywhere isn’t because all applicators suddenly forgot how to spray. They didn’t suddenly get reckless. They didn’t wilfully ignore all the training that the dicamba manufacturers and state and provincial governments developed in preparation for the product launch.

Instead, dicamba drift reports arose from a combination of extreme sensitivity and easily identified symptoms, as well as an unexpected (by some) amount of vapour drift. Even good applications appeared to create problems. Despite warnings from local experts, regulators and registrants didn’t see it coming.

Experienced agronomists have suggested that the observed dicamba trespass of 2017 implicates both temperature inversions and vapour drift. And although the new product labels advise against spraying under inversion conditions, they don’t say a word about vapour drift, the conditions that give rise to it, or how to protect against its occurrence. Not one word. I’ve searched the XtendiMax, Engenia and FeXapan labels. Nada.

Seems that the regulators and registrants felt confident enough in the reduced volatility of dicamba, based on their internal empirical data and modelling, that they didn’t need to mention it on the label. Calling that a mistake is an understatement.

A part of the problem may be the enormous scale on which this new use of dicamba was introduced, over 25 million acres of Xtend crops. Scale-up errors are common in many industries. Emergent properties related to scale can’t readily be predicted by empirical data and models. Especially when the underlying data are scant, and the models were not designed for the evaluation of dicamba volatility.

So what to do? The continued success of agriculture depends on continued access to safe crop production tools. Irresponsible use threatens that. And by irresponsible use, I don’t just mean application. I also mean registration, promotion, sale and support. The whole stewardship package.

When problems occur, we need to be quick on our feet to acknowledge them, to support those affected, and to try to understand the cause and prevent the situation from continuing or getting worse.

The current industry response appears to be the exact opposite. What I’ve seen is full of denial, downplaying, innuendo, blaming and entrenchment. In fact, Xtend bean varieties are expected to grow to 50 million acres for 2018, increasing the use of dicamba.

Why is such an important issue in pesticide stewardship handled so poorly?

The immediate victims of this situation are the producers that depend on new technologies. But the long-term victim is agriculture as a whole. The lack of humility and leadership by many of the proponents of this technology, those with no small financial stake in its continued use, hurts not just them, but all of us involved in farming. This is not stewardship. It’s not licence. It’s short sighted and reckless.

Over my career, spray application has generally become safer for the operator and the environment. A big part of our success has been the adoption of low-drift nozzles, the de-facto standard for modern pesticide application. The development of less toxic and less persistent pesticides has also been very important. We can avoid a lot of problems with good chemistry. I’ve been proud to tell this story.

I want to stay proud of our story. And in this case, that requires admitting to mistakes that were made and taking corrective action that is in the best interest of our entire industry. Agriculture will persist longer than company brands and titles. It takes priority.

It’s still too early to fully understand all the reasons for the widespread dicamba damage. But there has not been any recognition by the dicamba manufacturers that volatility could play a role. Instead, they cite applicator error; disregard of the product labels. But it’s not too soon to say that much of this could have been prevented with a smaller roll-out, with greater collaboration with government and university experts during registration, and with more honest information on dicamba volatility on product labels. Call it volatility humility.

We’ll all pay for the mistakes that were made. We’ll likely have more stringent and expensive registration protocols. More restrictive application parameters. Strained relationships. More distrust of agriculture.

In October, the U.S. EPA declared dicamba a restricted herbicide. This means that among other things, only certified applicators can purchase or apply the product. And they need to complete special training on dicamba application. States are proposing strict time-of-day and time-of-year restrictions as well, relegating the product to early-season application only. Fortunately, the states have that legal power, although they are being challenged in court by dicamba manufacturers.

Experts are skeptical if these proposed measures can prevent similar or worse problems from happening. For now, fingers are crossed, because it’s in fact a gamble.

A better alternative would be to move forward with more independent research on vapour and droplet drift generation and movement, identify the true causes of the problem, and proceed on the basis of widely-accepted facts. You know, scientifically.

And as always, an ounce of sweet prevention would have been much better than the pounds of bitter cure that will surely be required to make this right. 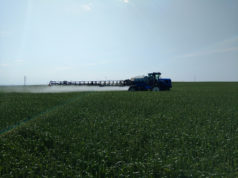 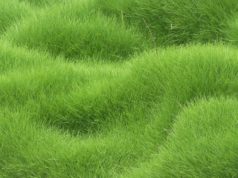 Oats are a Growing Option