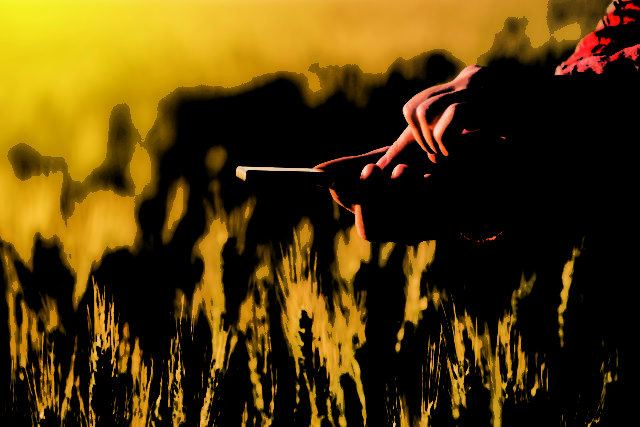 Despite harvest being several weeks or more away for most, attention is already turning to the crops for those in the field of precision agriculture.

A growing and popular field within agriculture, precision ag takes data harvesting and management to the next level. The capability exists to turn every inch of any given field into a precisely-mapped zone capable of providing greater returns than ever before. Common precision ag tools include variable-rate fertilizer, soil sampling, yield monitors and more.

Denbow says that, ultimately, precision agriculture is about allowing farmers to make the most of their time and resources. Early profit indicators are just another layer in that evolution.

“It helps you make future input decisions while you’re harvesting,” says Denbow. If a grower is confident in their financial position, they may be able to take advantage of price opportunities in the marketplace as they occur, instead of waiting until the final tally is in and prices are up, he explains.

“Scanning the crop as it’s harvested, so you can understand, really, the quality or particular traits of what’s coming off the combine … most of those (technologies) are still in their infancy, but they are coming and I think those really lead into some opportunities,” says Schmaltz.

He expects these opportunities will continue to increase as the ability of technology to capture data during harvest improves.

Growth-stage models are also proving to be a powerful tool when it comes to taking advantage of price premiums offered on some specialty crops, says Denbow.

“There’s some crops out there that are very sensitive; their quality parameters are very, very sensitive come harvest time,” he says. “So, essentially, what growers want to do is, as soon as that crop is mature and can be harvested, they want to take it off that day … they want to make sure they are taking it off at the top quality, because that’s what they are being paid for.”

Growth-stage models are a way for farmers to decide when a field is ready to harvest, without jumping in their half-ton and driving over hill and dale, says Denbow.

“We might be harvesting durum wheat, but when the model says my pink edible beans are ready, we’re going to drop out of durum wheat and go in and harvest those beans because they’re very sensitive,” says Denbow.

Scott Eckert farms with his brother near Duchess, Alta., and uses Farmers Edge for his precision agriculture needs. He says the information he gets from advanced technologies, such as satellite images, assists him at harvest time.

“Some of the stuff we get is really helpful,” says Eckert. “Based on what we’re growing, the greens and the heat units that are in our area off the weather stations, it provides a guesstimate of when we’re going to harvest.… We just put our seed dates in and what we’ve seeded and how far into the ground we’ve seeded into the app and it kind of figures it all out for you.”

Schmaltz adds that yield-prediction tools also assist farmers to make marketing decisions as they roll into harvest, but the information they gather in the combine is also key.

“I think that there’s a couple different aspects on the harvest side,” says the CEO. “There is certainly the data collection and automation of that collection, so technologies like Agromatics, as an example, that captures the weight wagon or grain cart data and automatically makes it available … is really critical to being able to quantify what happened in each field.”

Being able to collect data on how much fuel is being used and fleet maintenance is helpful as well, he says.

Denbow says precision ag tools are also indispensable when it comes to managing crops once they are off the field.

“Some combines now have scales right on them, so they are creating load tickets as the product is being loaded into that weight vehicle … which essentially helps them track inventory,” he says. “They’re then assigning that to a specific bin to essentially track their productivity and their production rate … and in some cases, if they have a production contract, for that commodity already, they are actually applying a production contract number right to that product.”

“It makes it organized,” he says. “I know what’s coming in and where it goes.”

But a growing number of possibilities doesn’t always mean new technology is simple to use, Schmaltz says.

“Everyone assumes that, you know … this farming technology where they’re spending millions of dollars on equipment, boy, it must be really user-friendly, right?” he says. “No, it’s not super user-friendly, some are getting better, it’s improving, but we still have a long way to go towards making these things intuitive.”

A 2017 Agriculture and Agri-Food Canada study looking at barriers to precision agriculture adoption in Western Canada found that continually-evolving technology was the fourth most common reason farmers gave for balking. The third most common barrier identified was a lack of knowledgeable people farmers could turn to for assistance.

“An emerging issue in PA is the lack of developers focused on agriculture to create the software, platforms and applications that reduce the data complexity to provide actionable information to meet stakeholder needs,” wrote the study’s author, Dale Steele.

“There needs to be a team of experts supporting the farm in adopting that technology and that’s everyone from … the equipment dealer to the equipment manufacturer, the hardware manufacturer to service and technology providers,” says Schmaltz, admitting such help is hard to find today.

“Those people just don’t exist in the market,” says Schmaltz.

He adds there are “really big gaps” in the marketplace today to employ people with such an emerging skill set.

Despite connectivity challenges, the diverse suite of technologies known as precision agriculture continues to draw new adherents at an ever-faster rate, according to Denbow.

Back in Alberta, Schmaltz says it takes time for any technology to take hold in an industry, noting that while GPS was introduced in the 1980s, full adoption came decades later.

“In the early 2000s, there was still debate by farmers whether they should use GPS or a foam marker,” he says. “Now, speed of adoption has increased and so really in the next five years, I think the digitization of the farm is the foundational piece that allows for all of these other technologies to be layered on top…. If you’re a farmer and you haven’t digitized your farm – meaning you have digital field boundaries, you have digital crop records that are all in a database that can be accessed and shared in some way – you’re really going to be left behind.”