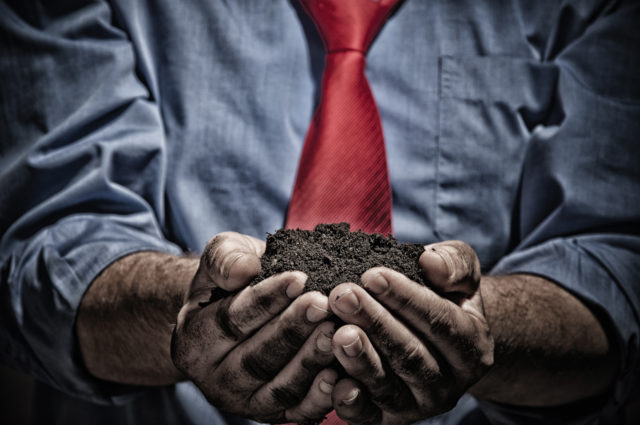 Prairie farmland remains some of the cheapest per acre real estate in Canada’s southern half. The inevitable questions will always arise, though. How much will land be worth next year and what will other land cost if a farmer seeks to expand? Forget the next year, two years, five years, or even 20 years. Let’s shine up the crystal ball for 50-year scenarios.

The gains of 2018 are hardly an anomaly. Over the past 25 years, farmland values have increased an average of 8.2 per cent per year in both Alberta and Saskatchewan. Manitoba has increased 7.7 per cent per year. Panning even further back to a 50-year historical view, gains still average between seven and eight per cent annually across the Prairies.

The world is moving into uncharted territory on several fronts: the global population is exploding, demand for commodities is being influenced by new factors such as bio-plastics, and Canadian Prairie land values (when compared in 2019 dollars) are significantly higher than they’ve ever been before. Could any of these factors push farmland valuation away from historical norms? Trevor Birchall, an agricultural land appraiser with Serecon in Edmonton, Alta., thinks potentially yes.

“Fifty years is interesting. Within 50 years a couple big things are going to happen that we haven’t experienced before. It’s very hard to say exactly what their impact will be [on Prairie farmland value],” he says.

The biggest upcoming changes relate, not surprisingly, to commodity supply and demand fundamentals.

The global population is expected to reach 9.7 billion by 2050. Widely accepted opinion, based on both US and UN research, says that to stave off mass hunger, the world’s farmers will need to double food output by increasing productive land and massively scaling up production in the next 30 years. Because land prices are tied to commodity prices, it makes sense that such enormous, unprecedented and rapid growth in production would force agricultural land’s valuation higher.

Then again, perhaps not. The calculation that says we’ll need to double food production is based on 2005 crop yields. A recalculation based on 2014 crop yields, as published in Bioscience in 2017, shows food production must only increase by between 25 and 70 per cent from 2014 levels to adequately feed those 9.7 billion. Given the huge yield gains already achieved—the researchers point out that global cereal production jumped 24 per cent between 2005 and 2014—we may already be comfortably on track to feed our growing world.

Canada is among those leading the yield-gain charge. According to Statistics Canada, average spring wheat yield across the country this decade is 3.17 tonnes/hectare, up 72 per cent from the 1.83 tonnes/hectare average yield reported in the 1980s. Other crops have similarly jumped in yield over the past 30 years: canola yields are up 69 per cent up over yields in the ‘80s, soybeans are up 23 per cent, and pulses are up 43 per cent. Meanwhile, land prices over the same few decades have averaged close to historical norms, suggesting they may continue to remain on a consistent trajectory even as additional yield gains are achieved over the coming decades.

The biggest wildcard in commodity supply and demand over the long-term may prove to be regenerative fibres and fuels: bio-fuels, bio-degradable bio-plastics, alternative fibres and more. Currently, most agricultural land is used to grow commodities destined for human or animal consumption. That could change. Demand for land, and potentially its corresponding price per acre, may soon rise significantly if bio-plastics gain market-share the way their backers anticipate. One start-up bio-plastic manufacturer recently estimated that more than 300 million acres of canola would have to be harvested to manufacture enough of a key bio-plastic component to satisfy the global plastic market.

“You can’t turn on the news right now without hearing about plastics. Bio-plastics would be huge,” says Birchall.

That said, additional land is being shifted into productive farm land, which could decrease pricing pressure. Marginal land domestically and globally is being made productive through new technologies and innovation, especially in Russia and Brazil. Whether the increase in global farmable acres translates to a change in Canadian farmland value remains to be seen.

Among the bigger questions regarding commodity pricing—and, consequently, land values—is: what happens after 2050? Global population predictions vary widely. With increasing affluence in certain second- and third-world countries pushing birth rates down, various experts argue the world may reach peak population and peak food demand in the next 30 to 40 years. Following peak population, our global population could start to drop.

“There’s a chance that we’ll see a decrease in consumption, which could really blow the economics of farming out the window,” says Birchall.

One other rarely considered factor could further dampen demand for commodities, he adds. Currently, between 30 and 50 per cent of all food produced is wasted. Several global initiatives are underway to reduce this waste. The success of these or similar efforts could increase commodity availability, decreasing the intensity of demand for land.

“Every per cent of food that can be saved and consumed instead of discarded may have an effect on how much is demanded from the producer,” says Birchall.

Alongside changes to commodity supply and demand, a new factor may prove increasingly pivotal to land valuation: sustainability. Canada—home to clean water, healthy soils and well-managed farming—is well-positioned to benefit as global consumers start to prioritize not just what is produced but how it is produced. As such, demand for Canadian agricultural products and its farmland may outstrip demand elsewhere, pushing prices upwards.

With various fundamentals potentially pushing land valuation in competing directions, it’s worth asking whether farmers should buy or sell land. That question is compounded by the fact that commodity pricing has been strong of late and some anticipate a near-term rebalancing of the market.

“I don’t see the level of appreciation [that we’ve seen over the short-term] being sustainable. I don’t see deflationary pressures, but we are seeing a slow down in some areas,” says Birchall.

“My recommendation going forward is maybe I wouldn’t buy up everything counting on it to appreciate. I wouldn’t recommend a mad purchasing spree strategy for the next cycle. Be strategic. It has to make business sense from a consolidation or business case perspective. If it puts you out of business now, it won’t matter [what the price of the asset is] in 50 years.”