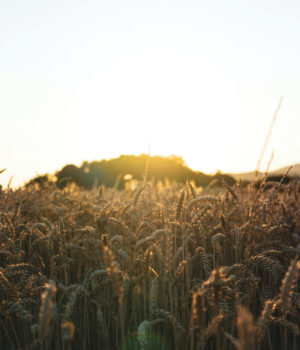 Well, I thought by now that we would not be quite as concerned with the effects of the COVID-19 pandemic, but that is just not the case. The world is still firmly in its grasp, but we have begun the journey down the road back to normal with different provinces re-opening in phased approaches.

I want to dive into StatCan’s May planting report, considering that it put this report out with a big asterisk beside any data gathered. Due to COVID-19, and the effects it has had on the ag and food industries, StatCan was quick to dismiss its data as concrete, mostly because it was unable to contact as many farmers for input as it would have liked. I, like many of you I’m sure, always take its reports with a grain, or shaker, of salt. This one is as accurate as any before it, in my mind.

Starting with my favourite, oats of course. I firmly believe that the report of a six per cent increase in Canadian acreage this year is a bit low. Oat prices have held up very well this year, surpassing the $4 mark in Manitoba for most of the spring, and with new crop pricing at more than $3 available, farmers are not hesitant to switch some additional acres into this crop. Couple that with the amount of spring harvested acres that could need to be planted late, and I would not be at all surprised if oats actually go in at a nine to 12 per cent increase over last year.

Canola acreage is projected to be two per cent lower this year. With all of the unharvested canola from last year going into the spring, exports, lower prices and global uncertainty surrounding the crop, it could easily slide even lower than that. For many of you, canola is the crop that you put the most time, effort, and money into, but it also is the crop that pays the bills. With skyrocketing input costs, and very little increase in country prices, it is not hard to understand why canola acreage could slide a little bit this year.

With that slide in canola acreage, even though StatCan says it will be flat, I believe that we will see flax acreage climb slightly this year. Flax is a good cash crop, and with pricing between $12 and $14 at the bin readily available, it could be a viable option for some of those oilseed acres in a farmer’s rotation.

StatCan is projecting wheat acreage to be higher this year by about three per cent for all wheat, but flat for hard red spring wheat, the most widely grown wheat in Canada. I think that with the wreck many farmers experienced this year due to low falling numbers even in the early harvested, good quality wheat, farmers will be very cautious when marketing their wheat, which could put the market in a very bullish situation as we get through harvest. Be diligent with your sampling and don’t take the first deal that comes along on wheat this year, that is my advice.

There are big increases in all the fall-seeded crops, so look for soft prices and difficulties moving rye, triticale and winter wheat this year. All of these are projected to be well into the double digits in acreage increase from 2019, 34 per cent, 22 per cent and 54 per cent respectively higher. While these are not huge acreage crops, these are increases that will be tough for those markets to bear, so be prepared to be patient when marketing them.