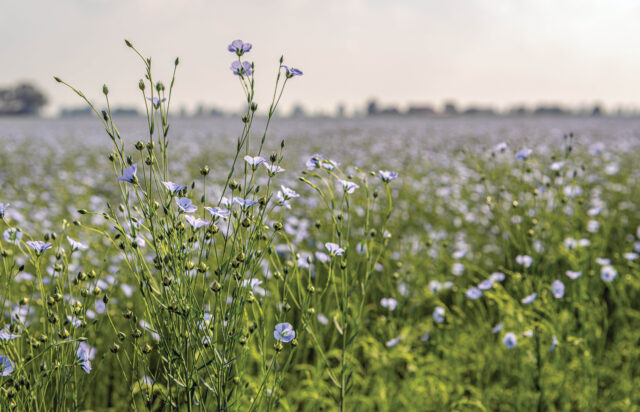 Grain markets have continued to rise throughout the fall months and into early winter. The reality appears to have settled in that while we produced a good crop, it was nowhere near the massive record crop initially projected. Certain commodities have jumped in price nearly 50 per cent since the beginning of harvest, let’s take a look at some of the biggest movers, and consider what options to think about going forward.

The biggest jump since harvest has been taken by the oft-forgotten oilseed flax. Currently, flax prices have risen nearly a full 50 per cent since the beginning of harvest. Farmers seeded a relatively decent sized acreage to flax across the Prairies this year, but the hot dry weather late in the season negatively impacted flax yields in many areas. The quality of the flax this year is making up for some of the yield loss, with most flax fitting into the top grades. This has been a benefit to flax buyers across the country but is not coming anywhere close to making up for the lack of quantity available to purchase. Farmers with good quality flax are reaping the benefits of this tight supply market and should continue to do so throughout the year. Aggressive new crop flax pricing for the 2021-22 growing season is also available, which should result in a production increase that should cap prices going into the new year. With prices in the $15 dollar picked up range already available, I would recommend taking advantage and booking up some new crop flax.

Canola has also had a nice post-harvest rally this year, following closely along with soybeans. World production of soybeans is down, with lower yields in the U.S. and projected lower yields in many large production areas around the world. Canola yields in Western Canada were alright in many areas, but with the very high costs of inputs most farmers put into their canola, “alright” yields just don’t cut it. Since harvest we have watched canola climb a couple of dollars a bushel, with some of the specialty canola programs pushing close to the $15 mark in late November. Along with this post-harvest rally has come a rally for next year’s crop as well. Much of the country experienced a very dry growing season this past year, it will be interesting to see what happens with canola acreage in 2021 if we don’t see significant snow accumulation over the winter. Any reduction in acreage projections will put even more bullish pressure on that market, so keep an eye out for aggressive new crop pricing opportunities as we move towards spring.

Oats were a solid performer this crop year, too. We had a near-record acreage seeded to oats in Canada this year, but production was nowhere near the mid-summer projections, leading to a strong rally right after harvest that has continued into the winter. While supplies are not as tight as they were in 2019/20, where they effectively went to zero, buyers and millers all too clearly remember where prices went last summer and are not eager to put themselves through that again this year. Aggressive bids in southern Manitoba began the run-up in early October, and through November we were seeing prices upwards of $4.00 nearly all across the prairies. These prices should put oats into a very profitable position for the rest of the year. New crop oat pricing for the 2021/22 crop year is also out already and those prices appear to be aggressive enough to ensure that oat acreage once again climbs across Western Canada. This will be welcomed by the oat industry as demand continues to grow, backed by the strength in the oat beverage market, as well as some sustained growth due to COVID-19.