Home Fertilizer Benefits of Environmentally-Smart Nitrogen Come at a Price 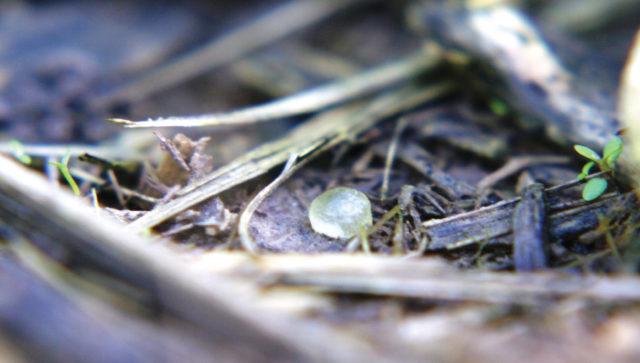 The next big thing in sustainable crop production could very well be environmentally-smart nitrogen, or ESN, if you ask Ray Dowbenko.

“Over the last five years, there has been a lot more awareness of environmental issues,” says the senior agronomy specialist at Nutrien. “Things that control the release of fertilizer are a lot more in the forefront when people talk about sustainability now. Products like [ESN] are gaining greater adoption as a result.”

In short, ESN is a type of enhanced efficiency fertilizer that improves nutrient uptake and reduces nutrient loss by controlling the release of nitrogen throughout the growing season.

Urea granules are coated with a plastic-like polymer material that responds to temperature and moisture. Once moisture begins to move into the soil, the urea starts to dissolve inside the coating and slowly seep out. Then temperature takes over as the growing season progresses and “the warmer it is, the faster the release. It will release as the plant needs it,” says Dowbenko.

This type of slow-release fertilizer has been gaining traction in Western Canada in recent years as farmers have become more educated about its benefits. From the time ESN was registered in 2006, product sales have gone from about 10,000 tonnes a year to about 230,000 tonnes a year today.

Agronomist and farmer Steve Larocque has seen interest grow on his own farm near Three Hills, Alta., and among the clients he works with.

“We’ve used it sparingly throughout the years and in certain cases for logistical reasons. That’s where the uptake has been the strongest [among clients],” says Larocque. “In general, there’s been a relatively slow increase in [ESN] uptake, with people using it in different ways. I’m not sure people are using it to its full potential yet.”

“It allows you to apply a little more nitrogen as a starter fertilizer, with a little less toxicity,” he says.

“Because this material has a polymer coat, there’s a physical barrier between the seed and the fertilizer,” says Dowbenko. “The safe rate is much higher than what they could do with regular fertilizer.”

The polymer coating also protects against nitrogen loss to the environment through leaching or volatilization – one of the key benefits of the new-school nitrogen.

“You can rain on it as much as you want, and it’s not going to wash it out through the root zone or cause it to be lost to the atmosphere,” says Dowbenko, adding that it can be applied in the spring before seeding or in the fall after harvest. “It’s going to stay where it is in the soil.”

And because there is more nitrogen available to the plants during the growing season, some farmers see a protein boost in their wheat of 0.3 to 0.5 per cent when they blend ESN and regular nitrogen in equal amounts.

Farmers could also see a yield bump. In corn crops in the United States, farmers are seeing around a 10 per cent increase in yield from ESN. Closer to home, farmers may have increased canola yields of between eight and 10 per cent and wheat yields that are between five and seven per cent higher.

Those higher yields translate to a return on investment of roughly $3 to $5 a bushel in wheat and $5 to $8 a bushel in canola for every dollar spent.

“That’s a pretty decent return,” says Dowbenko. “If you make a few more bushels, that’s more money in your pocket.”

Where to use environmentally-smart nitrogen

But – and there’s always a “but” with new technology that seems too good to be true – ESN comes at a premium and might not give farmers the benefits they’re after.

“It may not add protein. It may not add yield. And you may not get the release timing that you want,” says Larocque. “You can use it as a delayed-release tool, but because it depends on moisture and temperature, you could have it become available too quickly if you have warm, moist soils. So, you’ve just spent $0.12 a pound more on your nitrogen costs and not received any real benefits.”

Because of the added cost, which pencils out to $12 to $14 per acre or more, Larocque uses a combination of ESN, ammonium sulphate and urea. “That helps reduce the cost.”

Dowbenko also encourages farmers to think about the dollar-per-acre cost rather than the dollar-per-tonne price tag. Since the nitrogen isn’t really intended to be used across all fields on the whole farm, farmers may begin by identifying the best places to use the product and they may find the premium a little easier to swallow.

“It’s not going to replace other nitrogen fertilizers. It’s a tool to be used in the face of adverse conditions,” he says. When we start to look at how we’re going to use that on the farm, it works out to be more like $2.50 to as much as $6 an acre.”

Farmers may also want to consider the cost of an in-season fertilizer application when trying to decide whether ESN will work on their operations.

Although using ESN to increase protein or yields might be hit or miss, it works well in wet soils in areas that are prone to heavy rainfalls or flooding. That’s the best bet for preventing nitrogen loss.

That’s why it’s critical for farmers to crunch the numbers for their own operations and figure out whether ESN has a fit.

“It’s expensive, so you really have to watch your costs and the returns you’re going to get from a delayed-nitrogen product,” says Larocque. “You’d get a decent return on investment from the lack of leaching or denitrification. That’s where you’d want to spend the extra money when margins are tight.”