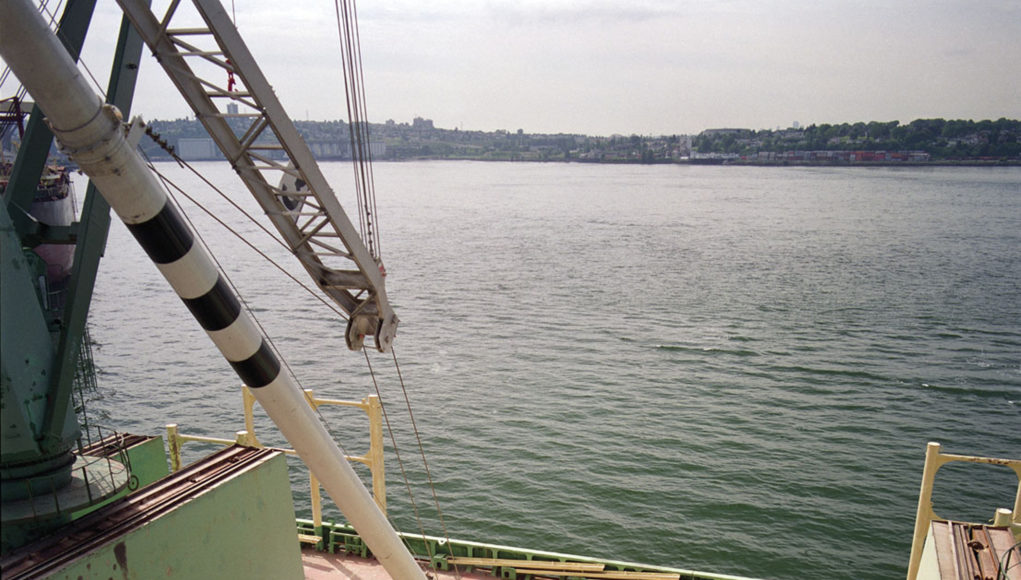 It didn’t take long to accrue, and now it’s time to give back. The Canadian Grain Commission (CGC) currently has a surplus of more than $120 million in farmer fees, and now the money is coming back to farmers in the form of lower user fees, the government announced this past July.

Two months of open feedback from March 1 to May 1, 2017, garnered 92 submissions from producer groups, individuals and other industry stakeholders regarding both user fees and the CGC’s surplus.

The CGC has user fees on typical services, such as weighing and inspecting trucks, railway cars and shipping containers, as well as the weighing and inspecting of grain discharged to ships. These fees are paid by farmers, travel up the line, and eventually end up in CGC coffers. In June 2013, the CGC’s surplus was already sitting at $32.9 million. The number settled on in 2013 to help determine user fees was 23.3 million tonnes on outward inspection. That was based on historical fiscal year totals using an average of the past 15 years of grain volumes.

With the new rates in place, farmers’ fees for outward inspection and weighing rose from $0.78 per tonne to $1.75 per tonne, according to newly appointed CGC Commissioner Lonny McKague.

It didn’t take long to see how the fees began to accumulate.

“In 2013/14, we had a record crop,” said McKague, a long time Ogama, Saskatchewan farmer. “The two years following that, those were almost record crops.”

Now, to adjust for perennially larger crops, the proposed grain handling tonnage is slated to increase 11.1 million tonnes to 34.4 million. This new number was set by reviewing time-series forecasts that incorporated official inspection and weighing volumes between 1982/83 and 2015/16.

McKague said the process on the user fee consultation and the surplus discussion was initiated this past spring. Agriculture and Agri-Food Canada Minister Lawrence MacAulay said that the government would examine ways to reduce fees and draw down the surplus this past spring.

“He asked whether we could look into an early reduction of the fees to benefit the producer, and that’s what we did,” said McKague, of the decision he made with the other two new commissioners, Patti Miller and Doug Chorney. McKague added that the CGC has been able to reduce just about all user fees.

The total savings is estimated to be $10 million in the eight-month period and will rise to approximately $15 million annually past that. For each farmer, McKague said this equates to a 24 per cent savings, or $0.44 per tonne.

“When we came up with our proposed reduction, it seemed to move through the government channels almost as fast as possible,” said McKague. “I was very pleased to see the early reductions as of August 1st. That was very satisfying.

However, not everyone thinks a reduction is the answer, especially when it comes to a nine-figure surplus.

Rosetown, Saskatchewan’s Jim Wickett is a grain farmer and the chair of the Western Canadian Wheat Growers Association. He said there has been a “blatant overcharge” since the fees changed in 2013. Wickett feels the time is now for the CGC to return the money back its rightful owners—the farmers.

“Once you overcharge to that extent it just becomes a tax,” he said. “They had no problem collecting the fees, so they should have no problem giving them back. It wouldn’t be as onerous as people made it out to be.”

The CGC’s website listed 10 prevalent themes regarding user fees, the first being the fee levels themselves. Every submission noted that the user fees must be reduced beginning in spring 2018, and the possibility of even greater reductions in the 2018-2023 fee schedule was also mentioned.

The desire for new grain forecasting methods was raised frequently, including the need for annual adjustments, if required, to avoid similar burgeoning surpluses in the future.

Another area of concern on certain submissions was the entire role the CGC plays in Canadian agriculture. The CGC website noted that “Some stakeholders suggested that the Canadian Grain Commission should transition to a strictly regulatory oversight role and stop service provision. In this situation the Canadian Grain Commission would become the certifying body that accredits qualified private sector companies to provide services.”

For Wickett and his members, to question the CGC’s role as a service provider would be welcomed.

“SGS is recognized around the world,” he said of the private grain testing, inspection, verification and certification company. “They do literally the same service for a fraction of what the Grain Commission does.”

However, one of the most pressing issues for the Wheat Growers Association appears to be the surplus itself, and what is being done to return it.

“That’s literally farmers’ money. The CGC should have no input on how that gets disbursed to farmers. If the farmers want that money back, they should get the money back. That’s not for a politician or a bureaucrat to decide,” said Wickett.

The CGC also listed feedback and general themes online regarding its surplus. Many stakeholders advocated for upgrades to the CGC’s Grain Research Laboratory in Winnipeg, MB, and to establish labs and real-time analytical testing at elevators to provide better industry services. A great number of ideas centred around using the surplus to bolster existing services and develop new ones, including updates to the grain grading and standards system, 24/7 vessel loading, as well as more robust mycotoxin tests and dispute resolution services.

There were also 56 farmer submissions received that stated all money should be returned to farmers. In the same vein, the Wheat Growers have gone so far as to create an online petition, demanding a full return of the money, and the group has received several thousand signatures to date, according to Wickett.

There’s more nuance to the issue than simply cutting cheques to farmers, if you ask agricultural consultant and Cabri, Saskatchewan, farmer Kevin Hursh.

“[The fees were] mostly from grain companies for outward inspection,” he said. “Indirectly farmers pay that. There’s no way to calculate that on how to return it to producers. I think I think you could under-collect for a while and whittle that surplus down.”

The outward inspection fees are “a bit of a sore spot” with farmers, especially when you consider that certain export countries do not require or want a CGC Certificate Final, instead preferring to have that documentation from other private companies, Hursh noted.

He believes the current reduction, in tandem with a new incoming fee schedule, may start to balance the books over the coming years. On top of that, Hursh believes 2017 will be a smaller crop than in recent years due to dry conditions in the south, and will be more representative of typical export volumes.

“It’s OK to have a small nest egg if there’s a drought or small production year, but $120 million is certainly excessive,” said Hursh. “We don’t want to see that build.”

Whatever happens with the surplus, a small nest egg will, in fact, be retained. McKague said the CGC would hold onto about $35 million at all times to insulate itself from crop failures or less export.

“There’s just a comfort level in that and we can retain our business model,” he said. “The CGC is likely to retain six months of their costs in a contingency fund.”

With all ideas collected on the CGC’s surplus, McKague explained that there are a number of steps that must be followed before a decision could be made. Since the CGC does not have authority to spend the surplus, it must work collaboratively with multiple departments within the federal government.

“Some proposals have legislative and/or treasury board implications, and any necessary approvals would be sought where appropriate,” said McKague. “We have to make sure the time frame is acceptable to make sure there’s adequate research.”

When the new fees come into effect April 1, 2018, McKague said the plan is that the interim rates for inspection and weighing would become permanent moving forward.

“I don’t know a lot of people who complain about a reduction in fees,” said McKague. “I think that will be seen as a positive by producers. That should increase their bottom line by 44 cents a tonne.”

While Hursh agrees with the sentiment, he still can’t help but dwell on the $0.44 figure.

“It does make me wonder if it’s quite enough,” he said. 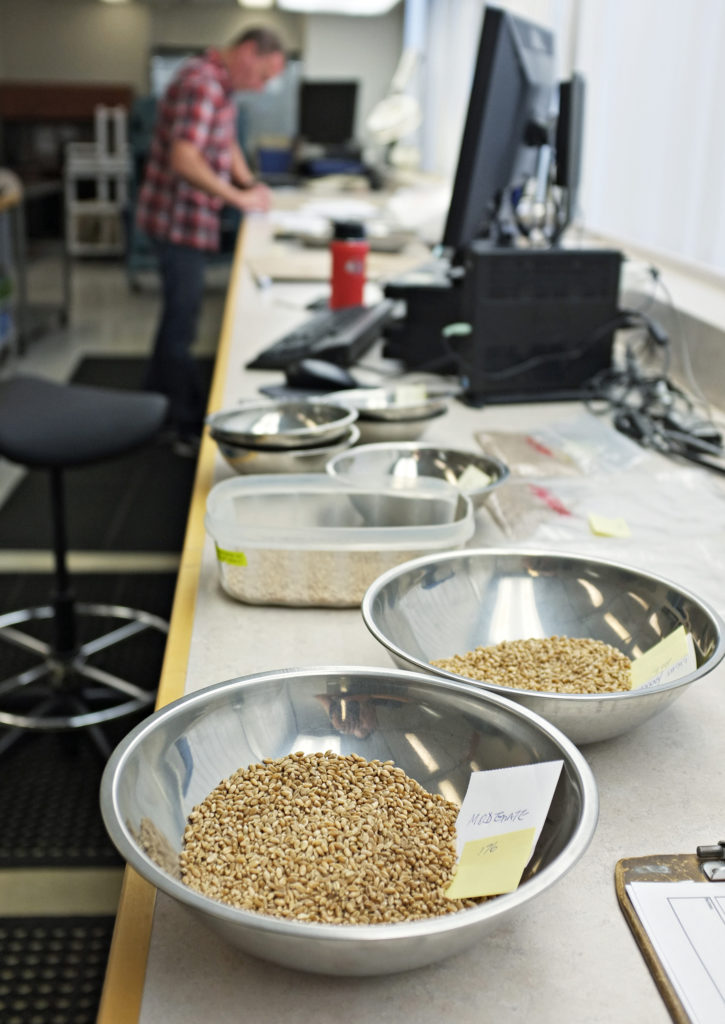 How much are you saving?

From Aug. 1, 2017, to April 1, 2018, farmers will see a reduction in user fees of approximately $0.44/tonne on the inspection and weighing of grain discharged to ships.

Until April 1, 2018, interim user fees for the following services cost: