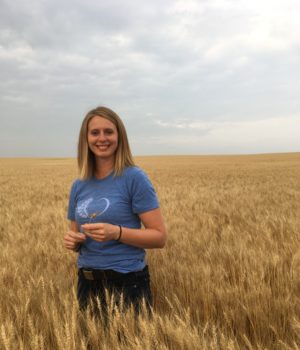 Canada has an arable land base like no other. It’s the second largest country on Earth and is well known for its wide and open spaces. So, it may come as no surprise that when the 2016 Census of Agriculture was released by Statistics Canada, the country’s farmed land had increased. Canada had 92.7 million acres of field crops and hay in 2016, a 7 per cent spike since the last census in 2011. It may also not come as a surprise to know that 83.3 per cent of all crops acres originate on the Prairies.

One Prairie farmer is Sarah Hoffmann, who, with father Garry Weigum, runs Alect Seeds, a pedigreed seed business, in Three Hills, AB. She is part of a growing cohort: a farmer under the age of 35.

For the first time since 1991, farmers under 35—measured in clusters of under 25, 25-29 and 30-34—have begun to trend upwards. The relatively modest bump of 3 per cent gives reason to be optimistic that the numbers may increase again in 2021, and 32-year-old Hoffmann can see why.

“The general agricultural scene was good,” said Hoffman, of her move to rejoin the farm fulltime in 2011. “I felt like I was coming back to the business, and it was profitable and well managed. We had a good seed business established. In the 80s, everyone left because it was bleak. I’m benefiting from farm economic trends.”

Hoffmann had a wide range of job experience before migrating back to Three Hills as a 26-year-old, including stints as a head cook of a tree-planting camp, and time as a communications professional in an MP’s office in Surrey, B.C.

“I learned what I liked and didn’t like,” said Hoffmann. “It sounds silly, but cooking for a tree planting camp helped me learn a lot about decision making and working without much information—and that’s a lot like farming.”

With Hoffmann and other young Canadians earning a living on the farm, it may seem counterintuitive that the number of farms and farmers has shrunk.

Census data shows that there are 193,492 agricultural operations in Canada, which represents a 5.9 per cent drop from 2011. Likewise, the 271,935 farm operators represent a decrease of 7.5 per cent. StatsCan analyst Ellen Bekkering explains that this is mostly because of farm consolidation.

“Farms are bigger than ever,” she said. “We’ve seen a 6 million acre increase since the last census. It’s at an all time high.”

According to Bekkering, part of the increase in acres is because farmers are bringing pasture land and other previously non-farmed areas into production. Summerfallow area in 2016 was down 57 points from the same period five years earlier, a sure sign that farmers are maximizing more of their land. Recorded data demonstrated that 48.2 million acres, up 16.8 per cent since 2011, were seeded using no-till technology, which has been heavily adopted by Prairie farmers. The continued trend towards smarter and more precise farming indicates the growing popularity of on-farm technology. The census revealed that operators under 40 years of age have an 80 per cent uptake of technology, which includes a great number of things such as GPS, autosteering, GIS soil mapping, smartphones and tablets as well as automated animal feeding technology.

“By having all my farm documents in cloud storage, I access information from inventory to sales to crop plans wherever I am at,” said Hoffman. She said technology has been particularly helpful when she’s on the road. Hoffmann also farms, with her husband Curtis, two-and-a-half hours away near Oyen, AB. “When I am there working with him, it’s incredibly important that I can retrieve the information I need for daily management.”

A dollar a day

Simply told, farming in Canada continues to be more lucrative than ever before. Gross farm receipts across the country totalled $69.4 billion in 2015. Recent economic data showed that in 2013, the agriculture sector contributed 1.5 per cent to Canada’s GDP. That number is boosted to 4.4 per cent when you factor in related agricultural industries such as agricultural input and service providers, primary producers, food and beverage processors, agriculture food retail and wholesale industries.

The value of earning a dollar in Canada fluctuates province to province, but all farmers still come out ahead. Saskatchewan has the biggest profit margins. In order to earn $1 in the rural rectangle, Saskatchewan agricultural producers put in just $0.78, compared to Nova Scotia where producers spent the highest amount of $0.89 to earn that same $1. Alberta and Manitoba paid $0.84 and $0.81, respectively.

The number of farms earning big dollars is rising, too. Just over 14,700 farms earned $1 million or more in annual sales, a figure that jumped 8.2 per cent since 2011, and when it came to which type of farm registered more sales—crop or livestock—it was nearly a tie with 53 per cent crop and 47 per cent livestock.

The value of our farmland has gone up dramatically as well. With a 38.8 per cent increase in per acre value, the average acre of land and buildings is now worth $2,696. The most valued land is in Ontario, where one acre will set you back $9,580, which is more than triple the national average. On the Prairies, the prices tags look more like Boxing Day deals by comparison. An Alberta acre is $2,354, Saskatchewan registered $1,210 and Manitoba was in between the two at $1,919.

Farmland and the future

With the cost of land soaring, so has the amount of rented acres. Today, more than 40 million acres are rented, a 6 million acre increase over the last decade. The trend of greater farm income has brought about a corresponding greater value in farmland itself, according to J.P. Gervais, vice-president and chief economist at Farm Credit Canada (FFC).

“There’s continued strength in the ag sector. In the Prairies, we’re still seeing strong rates of increases,” he said, adding that even though levels of growth have slowed in recent years, agriculture is still trending upwards, and that’s a good thing.

“What is important to monitor is the relationship with farm income and farmland values,” said Gervais. “Farmland is a local asset, and not all farmland is equal; just like real estate, location is important.” 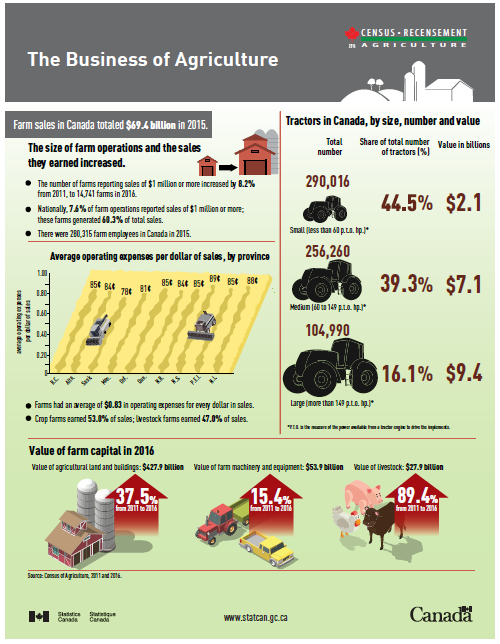 Gervais noted that Saskatchewan was a curious case in 2016.

“The east and west [regions of Saskatchewan] may be related to some of the enthusiasm coming into 2016 with pulse crops. The expectations didn’t quite necessarily materialize,” he said. “Turned out 2016 wasn’t that great a year from both a production and price standpoint, but it emphasizes the regional differences even within a province.”

According to FCC’s 2016 Farmland Values Report, Saskatchewan increased its overall value by 7.5 per cent. However, the province’s south eastern and east central regions saw a 0 per cent increase, while the south western and north western regions saw gains of 16.6 and 10.3 per cent, respectively. “If you’re a producer or business owner, you have to really understand the local market,” he said.

In 2016, all Prairie Provinces continued to be valuable, based on FCC findings. Alberta (+9.5 per cent), Saskatchewan (+7.5 per cent) and Manitoba (+8.1 per cent) all recorded positive gains.

For Gervais, what he’s keeping tabs on isn’t farmland values in the near future, but interest rates. This past summer, for the first time in seven years, the Bank of Canada increased its interest rate from 0.5 per cent to 0.75 per cent. “There’s no reason to panic, but it’s certainly something that we can think about going forward—interest rates going up and what the impact would be on farmland,” he said.

With the costs of farmland increasing, it does beg the question about the next generation and who may step in to fill the gap. For Hoffmann and others, succession plans are a necessity.

However, StatsCan reports that less than 20 per cent of any type of farm, from dairy to crops and everything in between, has a formalized succession plan. The low number don’t shock farm family coach Elaine Froese, but she wishes farmers would place more importance on the future. She said, probably half the farmers she speaks with have a plan, but less than 15 per cent have that same plan written down and documented.

“The reason farmers aren’t getting it done is because they’re anxious and overwhelmed,” she said. “They are avoiding conflict. Younger people need the ability to leverage equity in operations since they can’t necessarily afford to purchase the farm,” Froese continued, adding that farmers need to have good financial planners in addition to their accountants. “The reward of getting it done is huge.”

There’s an opportunity that, if operations continue to change hands from generation to generation, the 2021 census may show more men and women under 35 in upwards agriculture trends.