Jeff Prosko can hardly recognize his family farm from two decades ago. In fact, it has changed in just about every way one could imagine. All for the better, too.

When Prosko surveyed post-secondary options in the early 2000s, his father Rick was busy making a calculated decision which would not only preserve the local history of their Rose Valley, Sask., farming community, but also serve as the catalyst for the family’s future. That decision was to buy a Saskatchewan Wheat Pool elevator which closed in 2001 and saved it from the wrecking ball.

From that point forward the family began to evolve their farm operation into a much more sophisticated business. Prosko himself did set out to post-secondary, earning an agriculture diploma from the University of Saskatchewan before coming home in 2005. He comes from a line of farmers and both his parents are passionate about the industry. His mom, Donna, split time between the local bank and the farm, created a farm safety colouring book for kids while Rick, an optimistic innovator, co-created, alongside Jim Sowa, a unique aftermarket retrofit for an air seeder, effectively turning a seeder into an air drill; it was dubbed the “On-Row Packer.”

“They were always looking for opportunities, their whole life was agriculture,” says Prosko of his parents.

After they bought the functioning wooden elevator, the family slowly, but surely, expanded acres due to having added a significant amount of bushels of storage overnight through the acquisition. By 2010, as producers car became a viable option, they began to ship more and more loaded up with their oats, which comprise about half their acres under production.

“That’s actually been the big thing we’ve invested in over the past 10 years,” he says. “The infrastructure has been very important.”

A primary reason the Proskos have moved all in with on-farm handling and storage has been primarily to remove weather from the equation, within reason. Marketing autonomy, less time spent trucking and driving back and forth around the yard both pluses, as well. The heated shop and office in recent years has also been a “major investment” that has paid off for Prosko and everyone at the farm.

His extremely wet region of Saskatchewan means ‘tillage’ is not a dirty word. Without it, his crops would not even be harvestable certain years, such as 2010, when there was such a deluge Prosko only managed to seed 20 per cent of his acres.

“Guys in the south laugh, but we get typically too much water and not enough heat,” he says. On average he dries 40 per cent of his crop each year. However, during his harvest 2019, Prosko started the dryer in September and it did not stop until the following July. “It was brutal.”

In the yard, a slow piecemeal build over the years meant that Prosko’s overall structure is somewhat disjointed physically, forcing him to innovate. Too spaced out for legs and drags, in 2010 he discovered “a life-saving workaround” with a pneumatic blower. Sometimes thought of as the poor man’s answer to a leg system, a blower does just that, it blows grain through six-inch diameter tubes around his farmyard. Once grain is augered into his wet bins from the combine, he never handles the grain again, leaving the blower to do the rest of the work. From the wet bins, it’s blown into storage and remains there until delivery day. The system has been “revolutionary” from Prosko’s perspective.

“The first time I heard about it, I didn’t believe it,” he admits. Prosko spoke with a neighbour already using a blower that same year and after Prosko checked it out, he quickly resolved to buy the system himself. “I said, ‘That’s what were buying, no question.’ It’s an easy retrofit for an existing farmyard—no set up for legs and drags—it’s just a row of bins here or there. A blower can go here and there. It’s a super flexible system, super easy to expand. It was revolutionary for our drying.

“You spent all day driving semis 100 feet at a time around the yard augering grain. It’s the most mundane and irritating task.”

Prosko says a blower is the great equalizer, effective no matter what the yard’s state thanks to the pneumatic system operated by the flick of a switch.

“With a blower you can handle seed, pedigreed seed … it’s a 100 per cent clean system,” he says, adding that nothing ever gets stuck in the wide tubes, which typically move at a 3,000 bushel per hour pace, depending on the crop.

“The whole goal, to be clear, is to reduce that labour component. Good help? There’s never enough, and there’s jobs people don’t want to do. Sticking your head in grain bins all day is one of them. When you handle grain, even if you’re a good operator, you’re still going to spill.”

To bolster the handling system, Prosko installed a second Brock SUPERB drying system, capable of drying 2,500 bushels per hour and decided to keep their existing dryer, too, which handles 1,000 bu/hr. He can also dry two crops at once now, which he finds advantageous.

With one-time handling movement post-harvest, his yard also stays a lot cleaner. In spring, while prep is going on for seeding, the yard often becomes sloppy, nearly undriveable for loading and dragging augers. All that is gone with his blower system, too, which he uses in tandem with the wooden elevators leg-and-drag system. Having experienced both, he does not prefer one over the other, but still loves the simplicity of the family’s elevator that runs with four simple electric motors. “The simplicity and engineering of it is amazing,” he says.

All of this work, however, was being done away from the family’s original farm site. Prosko made the decision to move the yard site immediately south of Rose Valley, about 10 minutes from the original family farmyard. Being right off primary Highway 35 south of town with three-phase power and a natural gas hookup already running parallel down the road, it was a logical choice.

Prior to this past summer when Prosko finished his row of bins, the family was still using grain bags. And while he admits a bag is “better than a pile,” it’s not that much better. In his area, which could be generously called “wild rural,” he deals with bears, deer, elk, moose, porcupines, coyotes, skunks and, worst of all, ravens.

“They would find the bags overnight, peck them open and even make nests,” he says with frustration. “They loved oats.”

Prosko is proud to say he hoisted his last grain bag last summer and hopes he never has to go back to the laborious storage medium.

“The increased storage lets you control the narrative,” he says. “You can move grain when you need to move grain for payments or whatever it is. You’re not desperate to get a bag off the ground because the snow is melting or elk are getting at it. We can look further out; we can hold until July if it pays. It definitely makes us think differently about it.”

As a preferred supplier for PepsiCo’s Quaker Oats brand, Prosko’s on-farm handling, storage and drying facility gives his buyer peace of mind with the sophisticated operation.

“We really pride our cars and shipping quality oats to the mills,” he says. “We do not want to take any chances in any way that could compromise that. They need oats over months and months. The mills don’t hold a lot of grain. They like that we can be flexible in our shipping, as well.”

And the family, headlong into direct marketing and the notion of marketing autonomy, they knew additional diversified ventures would still be necessary to sustain the four families—Jeff and wife Ebony, sister Giselle and her husband Reagen McDermid, brother Joel and his wife Meghan as well as Rick and Donna—for a long-term future in the area. Both Reagen and Joel are also involved in the farm.

While certain retailers in the area struggled over the years to source and deliver products to farmers, Prosko thought it to be an opportunity for his family to step into the gap.

“It was something that me and dad had talked about for a lot of years very casually, but had our hands very full,” he says. “There seemed to be a growing need over time.”

In 2013, the need had become apparent and, after lots of chatter, they opened up their retail, ProSoils, by the next year. A full-service retail, they focus on anhydrous ammonia, still popular in the area, but unpopular by line companies which increasingly did not want to handle it.

“Our fill times are very quick and our services are built to keep up to the modern farm,” he says. “We know their costs of doing business, and we can nail that like nobody else.”

ProSoils also offers up fertilizer, chemical, seed, aerial application and other relevant services as it serves an area of 100-plus kilometres from Rose Valley.

“We decided that we needed to grow the business as a whole and everyone has to be able to make a living,” says Prosko. “Is it feasible to double the acres? Maybe not. But is it feasible to start another business correlated to ag that benefits the area and farms and family? Well yes, it is. That is what got us into the retail side.”

ProSoils, a brick and mortar retail, is about as traditional as it gets for agriculture, and Prosko isn’t much concerned about digital retails, which continue to increase market capture throughout Canada.

By virtue of being a full-time farmer himself who requires inputs like every other farmer, Prosko believes he is in tune with the needs of fellow farmers.

“You always have to look at your relevance in the market,” he says. “If your customer sees no value in the market and they just look at you as an order taker, that’s probably what you are. If anything, that just drives us and pushes us harder to say we want to be that trusted partner for our customers. We want to identify those customers’ needs and wants. What’s cool about that is it pushes myself and my staff, and my family, frankly, to find those things that are going to help all of us.’’

His progressive business mentality has positively complemented into his farming career, which is now more than 20 years in the making. In the broader context of Canada’s role as a breadbasket, Prosko has many questions about the country’s trade future, regulations and sustainability from both financial and public trust perspectives.

Prosko says he constantly seeks the best advice from his agronomists to ensure things are being done not only correctly, but also to the best possible degree, not only for the confidence of Canadian and international consumers, but for his own personal pride, as well.

“We try to improve anything we can, that’s very tangible and rewarding and a big source of pride,” he says. “The whole concept of what we have done and built as a family, it’s very exciting. Our family is very proud of our farm and that starts with our core staff and customers. We couldn’t do this without any of them. We are proud of the farm, how we manage the land and water, too. The best part is being able to do it all with my family.” 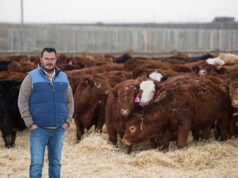 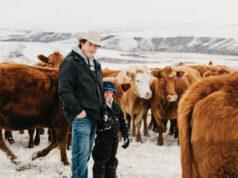 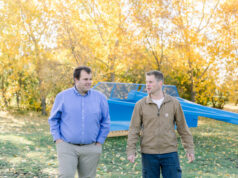