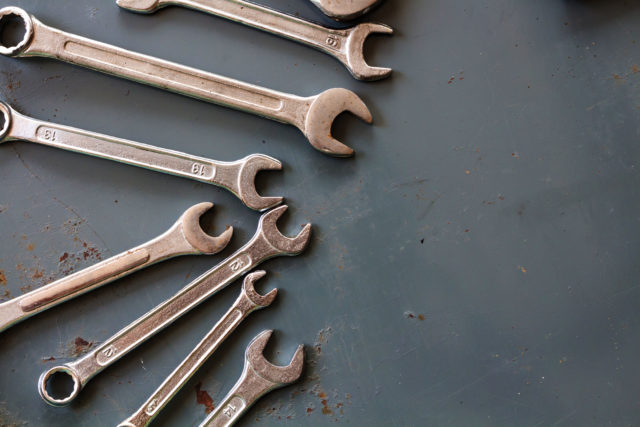 Error messages started popping up on the seed-cart monitor. Meter one out of range. Meter three out of range. As the messages were cleared, the rates for seed and fertilizer were varying wildly. I stopped and rebooted the system and tried again. Even more error messages and then seeding stopped.

I had been focused on the monitor, but when I glanced behind to the seed cart to my amazement, the battery was ablaze. The accompanying picture was taken after I got the flames largely under control and was sure that it wasn’t spreading to the wiring harness and wouldn’t burn through a hydraulic hose.

The battery and alternator on this type of drill, Flexi-Coil lineage and either Case IH or New Holland, are used in conjunction with hydraulic power to run the variable rate motors for the seed and fertilizer tanks.

The battery and battery case were melted, a special relay was toast and a bunch of wires and the fuse holder were toasted. The damage could have been worse, but it was a mess and not something I was confident to rewire myself.

The battery cover had been fastened down with a tarp strap a couple days earlier when strong winds threatened to blow it off. Did pressing the lid tighter cause something to short out on the top of the battery? Or was the problem the alternator overcharging? Or something else entirely?

The purpose of this story is to acknowledge the hard-working mechanically-minded people who serve the farming industry and keep us going. This blaze happened on the Saturday afternoon of the May long weekend. On Sunday morning, a service tech arrived with all the necessary components and after a couple hours with wiring diagrams and with advice from the dealership, he had everything fixed and running.

Beyond all the parts and service people toiling for farm equipment dealerships are all the non-dealership parts and repair shops, many of them located in small communities. The small town of Cabri near where I farm has a population less than 400, but it has at least four repair shops with various specialties. I rely on all of them to keep an aging fleet of equipment operational.

A couple days before the battery fire, the starter on the seeding tractor wouldn’t engage. I boosted the batteries and checked connections. All the other electrical components on the tractor were working, but the starter would just click. It wasn’t clear to me where to short the starter and solenoid with a wire to make it turn over.

I was back and forth with a local mechanic and sent photos, but he ended up making a quick trip out to the farm to address the problem. Eventually the starter will need to be rebuilt, but I’m hoping to limp through the rest of seeding with it, doing the bypass trick when required.

(It should be noted that shorting the starter while standing on the ground is dangerous. People can get run over if the outfit is in gear. This is certainly not recommended practice, but it’s an occasional reality.)

How many motors, large and small, diesel and gasoline, do you have on your farm? How many tires need to remain inflated? How many computers and sensors? How many moving parts?

Equipment has become much more complicated and high-tech. In addition to figuring out problems on newer equipment, service techs are sometimes called upon to fix equipment that’s older than they are.

While the price of some repair parts seems nonsensical, in my experience repair service has become better over the years. It’s preferable not to need a service tech or a replacement part on a long holiday weekend, but if you do, there’s a much better chance of getting help than there used to be.

Is Your Neighbour Richer Than You?