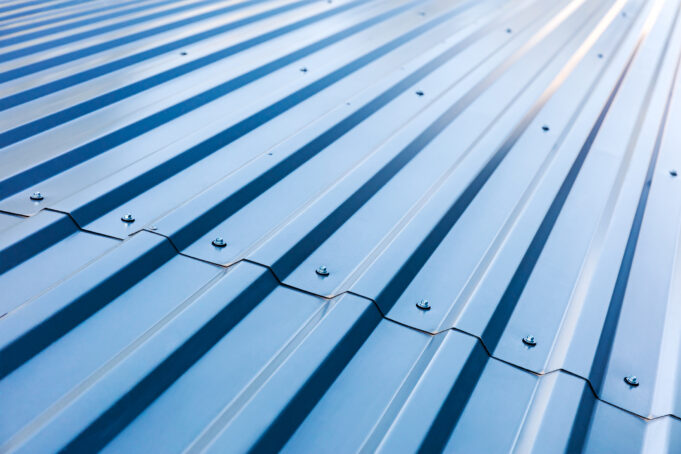 When Curt Walker, Rumsey, Alta. farmer, built a cold storage facility for his equipment several years ago, he planned its shell construction first, looking to later convert the build into being his main shop in stages.

Unfortunately, like many farmers, time was never on Walker’s side, and plans to further build out that shop never materialized. So, when it came time to build a new shop, 72 feet wide by 63 feet long with a 20-foot ceiling, because the old one just didn’t cut it size-wise anymore, he was going to ensure it was done right this time, right from the beginning.

When Castor, Alta., farmer Kelly Fuller’s shop burnt down, he didn’t hesitate to start thinking bigger. His old 40 feet by 60 feet shop lacked ideal space to work on things and left some equipment out in the cold during the winter, something he wanted to rectify in his next building.

Fuller and Walker are not alone in thinking bigger. Over the past couple of decades, farm equipment has grown exponentially, bringing new meaning to the old saying “bigger is better” regarding farm structures. Both also know well how cold Canadian winters are and how miserable it can be to work on equipment outside or in a cold storage facility, which is why they incorporated heat into their designs this time.

Walker installed a heated floor for half of his shop with radiant tubing heating for the other half, especially since his previous cold storage facility was not optimally functional. “The old shop was too tight and congested, so if you were working on something in the main area, you had to move it so you could get stuff out of the back,” he says.

Fuller had a similar predicament. “There just wasn’t enough room for the size of the equipment,” he says, adding it’s been nice to work on the air seeder in the heated area of the shop in the dead of winter when it is minus 25 degrees Celsius, allowing him to get ahead on spring equipment maintenance.

Meanwhile, building companies selling and building these structures are seeing many farmers coming in with similar requests as they work to keep up with the size of their machinery.

Peter Vanderzwaag, sales manager with Remuda Builders, based just outside of Calgary, says there are two features that farmers are most interested in when they inquire about building a new structure. “It’s a question of size and access,” he says. “Large access doors into the buildings are a must in most cases.”

Walker ensured these were no issue with his Prairie Post Frame-built shop. He had them put in place a massive bi-fold door and an overhead door to make it easy to move equipment in and out of the facility.

At the same time, Greg Hutchings, manager of contractor services for farm and ranch structures with UFA, who built Fuller’s shop, says the increase in farm shop size is all about protecting the farm’s assets. He says having combines or other valuable farm equipment stored outdoors for weeks or months is not an optimal scenario.

As the average farm grows, so, too, does the need for shops that do more than simply store equipment and provide a workspace for producers.

Some farmers have opted to put in an office or kitchen space to help out the operation. In many cases, there is also a washroom area for people to clean up after working with dirt, grease, oil and other mechanical fluids before heading home for the day.

Walker is building a mezzanine this winter that runs the entire length of the east side of his shop and measures 12 by 64-feet. He’s planning on also using the area for parts storage and possibly a future small office area, amongst other things.

Both Hutchings and Vanderzwaag have completed many builds lately that include a kitchen or lunch area because their on-farm crews are also growing. These spaces are especially useful during the pressure at seeding and harvest times. “It’s really neat when they’ve got a space to bring everybody back and have the evening dinner before guys head over to the field again,” says Vanderzwaag.

Research is a Must

The second the decision is made to build a new shop, the priority should be to go out and do some good research. Walker took a tour to help him figure out what he wanted. “I talked to farmers and visited probably three or four different shops and looked at different designs,” he says.

Through that insight, he concluded that he needed to go wider and longer than he had originally planned. Upping the size would then allow him to park a piece of equipment and leave it rather having to dig something out of the back and move multiple pieces of equipment to get at it.

Fuller says considering well where your shop will sit on the property will also help make decisions about its size and any amenities that may go along with it.

Farmers should also spend time thinking about how long this structure will be used, suggest both Vanderzwaag and Hutchings. That includes asking themselves some questions that possibly go beyond their lifetime. “Is there some type of a growth plan in place?” asks Vanderzwaag. “Is this something that has more of a five or 10-year outlook, or, is this a 50-or 60-year outlook?”

“Do your research on what type of a floor plan you’re looking at, what equipment you want to store in it 10 years from now,” says Hutchings. In other words, farmers should leave room for possible expansion while investing in materials and designs that will stand the test of time.

Another tip: it’s always a good idea to gather several quotes to get the best deal possible as well as to make sure there is something in the building agreement about sub-contractor obligations, suggests Walker. This ensures the structure is built to specifications and other requirements within achievable timelines. For example, he has noted in the past that he expects the workers to clean up after themselves as they build the structure to ensure he is not driving over leftover nails and screws with equipment and trucks after the build is done. This may not seem much to ask, but he concedes it has been a struggle with previous projects and he has the flat tires to prove it.

Finally, keep in mind, equipment is certain to continue to be designed and built bigger. Embrace the motto: bigger is better.