Home Desiccants Is Desiccation Part of Your 2019 Plan? 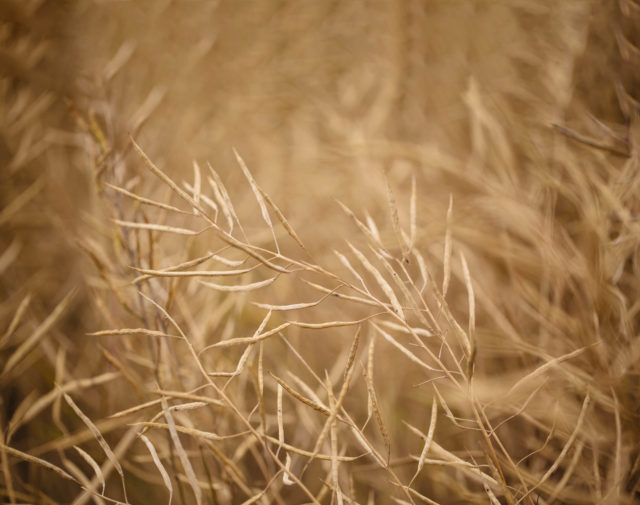 Canadian canola farmers will breathe a little easier going into harvest this year now that many have enjoyed success desiccating shatter-tolerant genetics. Still, the newness of desiccating canola, only possible since shatter tolerance was unveiled in 2015, means uncertainty still abounds.

“Shatter tolerance is one of the biggest game-changers on the market since herbicide tolerance,” says Angela Brackenreed, an agronomist with the Canola Council of Canada. “I’ve talked to producers who have farmed all their life, who are great at what they do, and even for them timing swathing is a huge challenge. I’m hearing real excitement and amazement. But, yes, some questions, too.”

As pre-harvest crop treatments gain popularity across the Prairies, the first step in any conversation about dry-down is to define the products.

Diquat is the one and only true desiccant currently available in the marketplace for canola and legumes, and likely to be the only one for the foreseeable future.

“It’s not about being nitpicky,” says Brackenreed. “Industry needs to utilize the right language consistently so that producers have the proper expectation.”

Chadrick Carley, Syngenta’s agronomic services manager for Western Canada, agrees. “It’s still not as clear with growers as we’d like it to be,” he says, adding that diquat shines when a farmer needs control over timing.

The one option that does not work is tank-mixing a contact product with a systemic herbicide as results will be highly inconsistent. “There have been products that combined (the two modes of action) but they have come and gone because the performance of one is usually sacrificed for the other,” says Carley. “Industry has tried it and gone away from it.”

The total acreage that receives a pre-harvest treatment of any kind varies widely from year to year. In pulse crops over the last five years, treated acreage varied from a low of 33 per cent in 2014 to a high of 53 per cent in 2016.

“The new normal for pulses is probably in the mid 40s, though that will change from year to year based on conditions,” says Carley.

Carley says approximately 35 per cent of shatter-tolerant canola acreage received some sort of pre-harvest treatment in 2017, a trend he expects will continue.

According to the study, there were no significant differences in yield, engine speed, dockage, oil content, green seed or seed weight whether the crop was swathed (the benchmark) or straight cut following an application of diquat, an application of glyphosate and a Group 14, or natural ripening.

Economic analysis based only on the costs of machinery operation and product application for the 2017 year show a production cost benefit of $19.71/ac from the diquat application, $21.02/ac from Group 14 and glyphosate application, and -$6.62/ac from natural ripening compared to swathing.

Because straight cutting is quite new for certain canola farmers, many are still optimizing their management techniques. There remain misconceptions that the only way to successfully straight cut is to first apply a pre-harvest aid. While such an application can absolutely be useful, opting not to apply can be advantageous at other times.

“We can absolutely have success with straight cutting in the right conditions without these products as well,” says Brackenreed. “If your expectation is that crop is going to naturally ripen and look and be as dried down as you’re used to from a dried-down crop, you’re going to have a bad experience. Some folks with those expectations will say, ‘I’ll never do that again.’ But, if you’re open to maybe combining slower, adjusting your cut height to reduce green material through the machine, changing your expectations of how the crop will look and feel, you can have success. You need to think of these management decisions as a way to manage your available resources, time, products.”

Farmers planning to desiccate prior to straight cutting need to learn a whole new way of staging their crop. Until now, producers have timed their crop based on seed colour change. Those opting to apply diquat need to instead look for 90 per cent of the seed on the entire plant to be brown.

“It does make it confusing,” says Brackenreed. “Ninety per cent seed colour change is a very different thing than 90 per cent brown seed. The term ‘brown’ is not something we talked about before this.”

Being a true desiccant, diquat will shut a plant down at whatever stage one sprays. As such, no additional drying or ripening occurs post-application and spraying too early will lock in any chlorophyll remaining in the seed.

“This can feel like it takes longer to get into the field than applying glyphosate, since you have to wait longer to apply product. That’s not the case, however. Once [diquat] is applied, it works very, very quickly,” says Carley.

As a rule of thumb, he says, expect about 10 per cent seed colour change every two to four days, depending on the weather.

One of the most necessary conversations in agriculture today is chemical resistance.

The good news is that pre-harvest treatment is the least problematic timing for resistance, and a true desiccant is the least problematic mode of action. First, diquat only treats certain crops, which means it won’t be applied every year. Second, diquat isn’t intended to finish a crop off, nor does it produce a complete death of the plant: it is applied when the crop is already at the end of its life cycle, but plants can start regrowing if rain falls after application.

As importantly, a pre-harvest application of any product intended to ease combining is far less likely to promote resistance than when applied pre-season.

“‘If I use pre-harvest plus pre-seed, am I going to run into resistance issues?’ We hear that a lot from growers,” says Andrew Reid, a herbicide specialist with BASF Canada. “Pre-emergence, you’re going for full control so there’s heavy selection pressure. Pre-harvest, you’re aiming for dry-down. The weeds have likely already gone to seed or are close to going to seed. Because they’ve already produced their progeny for the next generation, there’s not as much risk.”

At this point, consumer concern seems to be isolated primarily to glyphosate. Still, the topic of chemical residue in food requires thoughtful, consistent handling by industry.

“It’s important to advocate for industry. Reach out to the industry resources available. Don’t be afraid to ask questions. This is a conversation that’s not going away, so get comfortable,” adds Christina Stroud, communications manager with BASF Canada. “There are lots of good associations that can assist growers with resources on how to talk about these kinds of topics.”