Home Cattle Rules of the Road 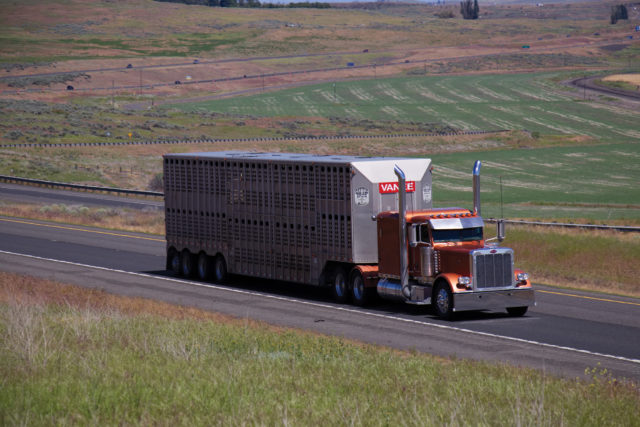 On Feb. 20, 2019, the Health of Animals Regulations Part XII (humane transport) were updated. These regulations come into force in less than one year, on Feb. 20, 2020.

Cattle producers strongly support animal welfare, and our objective is to achieve the best possible outcomes for cattle that are transported, while recognizing some of the logistical challenges associated with our unique geography and infrastructure. We emphasized that regulatory changes should be science- and outcome-based, focusing on what is best for the animal.

Our producers believe regulatory revisions should be based upon research conducted under commercial conditions, with cattle, transport trailers and drivers, under the typical transport distances and conditions experienced in Canada.

There are concerns around the lack of data supporting altering the current time in transit and rest stop regulations, some of the ambiguity in the proposed verbiage of the regulatory proposal, the ability of our current rest stop infrastructure to adequately service an increased volume of cattle and the subsequent biosecurity requirements, as well as the practicality of having someone physically present to assume responsibility for delivered cattle around the clock, a requirement which was removed from the official regulatory text.

We are disappointed that the majority of our comments seemed to be overwhelmed in favour of activist positions that Canada’s livestock transit times are too long and rest durations too short, without the necessary science- and outcome-based evidence to support this change.

What does the research say?

Research conducted by Agriculture and Agri-Food Canada (AAFC) found that 99.95 per cent of cattle on long hauls (over four hours) reached their destination in good condition (Gonzalez et al. 2012). In that study, 95 per cent of long-haul cattle spent less than 30 hours in transport. In addition, more recent AAFC and Alberta Farm Animal Care (AFAC) research supports this conclusion through an examination of the fitness of cattle arriving at auction markets, provincial and one federal abattoir in Alberta. This indicates the majority of cattle observed at auctions were fit for transport (Heuston et al. 2017). Adjustments to regulations are more likely to move the industry away from 100 per cent than to make up that final 0.05 per cent.

Rest stop research is in short supply; there is a lack of information on the effectiveness of rest stops in mitigating the potential stressors of long-distance transport (Ross et al. 2016). A small AAFC research study focused on the duration of rest stops indicated that rest stop periods less than 10 hours did not prevent short- and long-term stress after transport in weaned calves, but suffered from small sample sizes, no behavioural observations during the rest stop itself and potential confounding due to time-of-day effects (Marti, 2017).

Rest stop infrastructure is limited in Canada. East of Winnipeg there are two at Thunder Bay with a combined holding capacity of 38 pens. It is unclear how these facilities will handle an increased volume of cattle and necessary biosecurity protocols, especially if loads end up forced to share pens due to space constraints.

To help close this knowledge gap, a project was initiated in 2018 under the Beef Industry Science Cluster to examine the effects of rest stop duration and quality under commercial hauling conditions (http://www.beefresearch.ca/factsheet.cfm/effect-of-rest-stop-duration-and-quality-during-transport-on-cattle-welfare-259). This project will have completed two years of data collection by the time the new regulations come into force. It is unclear at this stage whether the project will be granted an exemption from the regulations to continue. Recommendations have been made that rest stop duration remain unchanged until results from this project are available to update the regulations appropriately.

The full text of the regulations, along with the Regulatory Impact Analysis Statement can be found at: http://www.gazette.gc.ca/rp-pr/p2/2019/2019-02-20/html/sor-dors38-eng.html.

The biggest change in the regulations is the reduction in transport time from 48 hours to 36 hours, without any flexibility in that 36-hour cut-off time for unforeseen circumstances. After 36 hours of transport, rest stop duration where feed and water must be provided has increased to eight hours from five hours. An exemption from these mandated times exists for trailers or other conveyances that are specially equipped to provide feed and water to all animals throughout the journey, but these trailers do not yet exist in any great numbers for cattle in North America. Compromised animals can be transported for a maximum of 12 hours before mandatory feed, water and rest. Young animals that can’t be fed exclusively on hay or grain can be transported in a single trip only for a maximum of 12 hours (i.e. a baby calf is not permitted to be transported for six hours, unloaded, reloaded and transported again for six hours).

Every commercial carrier or any other person that transports animals during the course of business or for financial benefit must have a contingency plan that establishes measures to be taken if there are unforeseen delays or circumstances that could result in the animal’s unnecessary suffering, injury or death; or, if the animal becomes compromised or unfit during loading, unloading or transport. In addition, commercial carriers will be responsible for training, or ensuring that training is received, by their employees. Canadian Livestock Transport (https://www.livestocktransport.ca/en/) would be one of the available options, and after March 1, 2020, mandatory entry-level training (MELT) from Alberta Transportation is required for all new class 1 and class 2 drivers that are farmers or farm workers.