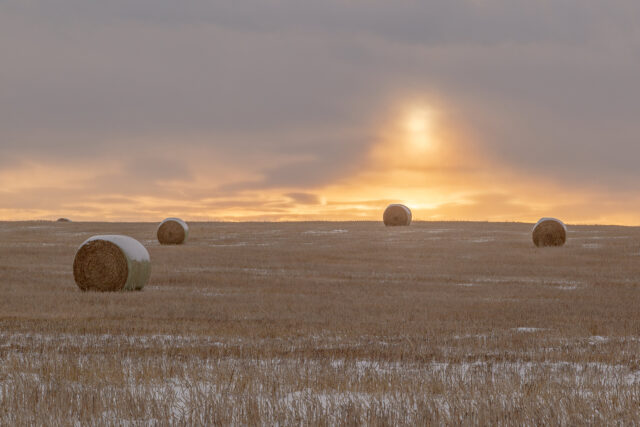 As the cost of farming across the Prairies continues to rise, creating strong annual farm plans is increasingly important. Experts say an essential planning piece involves looking back, a.k.a. the post-mortem analysis.

“In most cases, the cost of farming has doubled from where it was even a decade ago,” says Dave Sullivan, chief operating officer with Global Ag Risk Solutions (GARS). “The best determinant in what’s going to happen next year is what’s happened in your past [and] the reality of what it’s costing you to run your farm.”

While farmers can get bogged down in seasonal work, it’s increasingly important to prioritize the annual review. “It’s really important to do the post-mortem as close to harvest’s wrap as we can,” says Peter Manness, farm management consultant with MNP. “What happened relative to what we expected? If they’re waiting for their financial statements, they’ll be well into next year before they see the results and they’ll miss that post-mortem opportunity altogether.”

Proper reviewing and planning are unique to every farm. “Using your own farm’s data in terms of yield, costs to seed and grow the crop, your plan is probably going to look something like one of your previous years,” says Sullivan. “Looking at the gross margin and actual profitability of every single crop in every field, there are no surprises in farming if we actually look back long enough.”

This means post-mortem analysis and next year’s plans should align with the farm’s financial statements and historical financial reporting using similar units and metrics for each comparison. For example, many farmers use debt payments to track and examine their equipment costs, versus using depreciation or amortization. “It might match your immediate cash flow but does not reconcile to your income statement or show the true cost of operations,” says Manness. “Everything you’re using in your planning should tie back to something historically.”

Reviewing last year’s performance involves two perspectives: an accrual/crop year basis including all the pre-purchased expenses and deferred grain checks to understand the single year’s crop profitability; and by cash basis, or how the farmer plans to cash flow the farm. “The cash position becomes a main driver in what a farmer can achieve.

If they’re having to sell grain at bad times because they don’t have enough cash to pay the bills versus waiting for the market, this impacts the farm in a big way,” says Sullivan.

While big data isn’t a necessity, keeping timely records is. “If all the invoices are paid and then filed away until after harvest without any internal tracking, that’s going to be a challenge,” says Manness. “Especially when it comes to identifying any trends happening in your expense categories if you don’t know until the year is over.”

Much of this data is already available through accounting and financial statements for compliance if the farm is incorporated. Yield information is also collected and submitted yearly to crop insurance providers. “If you don’t have the records yourself, turn to your accountant and crop insurance provider and look over the last 10, 20 years,” says Sullivan. “All this information is foundational.”

Personal draws and capital budgeting should also be factored in. Farmers typically have a list in their heads on what needs to be replaced or upgraded next. Having open discussions is more helpful than saying “we aren’t buying anything,” and then consistently missing the mark. “We’re big proponents of working capital and ensuring you’re utilizing the equity in your business to decouple your marketing decisions from your cash flow decisions,” says Manness.

Listening to what that working capital is saying about the farm year over year is important. “It is the canary in the coalmine on your farm business in terms of what’s coming down the road,” says Manness. “In 2021 we’re likely to have some drought conditions and potentially reduced inventory. Maybe it’s worth more, but that’ll be the first thing we look at in the post-harvest reviews: what is our working capital? That will tell us if cash flow problems are coming down the road.”

Farmers should also pay attention to any surprises within their accrued financial statement and ask questions.

A good post-mortem examines the farm’s crop-by-crop budget each year, working in the actual unit they sell in rather than per acre numbers. Each crop’s performance should also be weighed against others grown in relation to expectations. A farmer may be downplaying wheat in their rotation because they underestimate its earning potential. “We’ve seen cases where a post-mortem shows wheat to be their most profitable crop [for three years in a row over other underperforming crops],” says Manness.

Unfortunately, overestimating a crop’s profitability is also common. “We see this show up when farms have 12 crops in their crop plan. A good rotation probably only needs four, but some people want to bet on every horse,” says Sullivan. “There’s all that extra complexity in terms of marketing and agronomy, but no additional profitability. Too often, farmers aren’t spending the time looking at how the actual profitability breaks down across each crop they’re growing.”

Inventory management issues may also be exposed. Manness suggests having an accrued statement done including the calendar year’s inventory and tracking sales versus expected revenue. “You’re basing your plans and your cash flow based on what you think you have in the bin. If you don’t have what you thought in there, from a marketing and a volume perspective it can throw off your revenue metrics per acre,” he says.

There can be good surprises too. “What was your marketing plan for your canola?” asks Sullivan. “You might have gotten lucky with the prices up as high as they’ve gone if you had any left to sell. Judging yourself based on your own management ability, is the price you’re receiving based on a plan or luck and cashflow?”

Machinery and other expenses

Machinery expenses, primarily depreciation, are commonly missed and often underestimated in the yearly review. “It’s not just what it costs for that machine, it’s what it costs to trade up to the next one,” says Sullivan. “The spread between your used machine and the one you’re upgrading to is widening every year.”

Costly repair bills also play a big role, especially for small farms where one engine repair might throw out the entire year’s profitability versus a large farm with costs spread over more acres. “Big surprise expenses often occur in unplanned maintenance, repairs, or upgrading machines when you weren’t planning on it,” says Sullivan. “These situations are something we should have been thinking of as a likely scenario on the farm.”

The post-mortem can also reveal miscalculations in expected cost trends. For example, 2020 was a decent year for most Prairie farmers, but higher than expected repair costs surprised many. “It was related to carryover from 2019. Many farmers had been through two years of tough harvests prior,” says Manness. “But fuel costs in turn were lower with an easier harvest in 2020.”

Farmers should examine changes to productive units on the farm such as increased acres, checking if they realized expected efficiencies and/or identifying unexpected higher capital needs as a result.

Strong farm planning and review routines require written plans and open communication. “It should be shared with the rest of the family, hired help, the agronomist, banker, accountant and the insurance provider,” says Sullivan. “Everyone needs to be on the same page and understand what the plan is for the farm from an agronomic, a timing, a management, and a marketing perspective. Farming has traditionally been a private business, but the most successful farms we work with share their plans openly so we can effectively execute rather than react.”