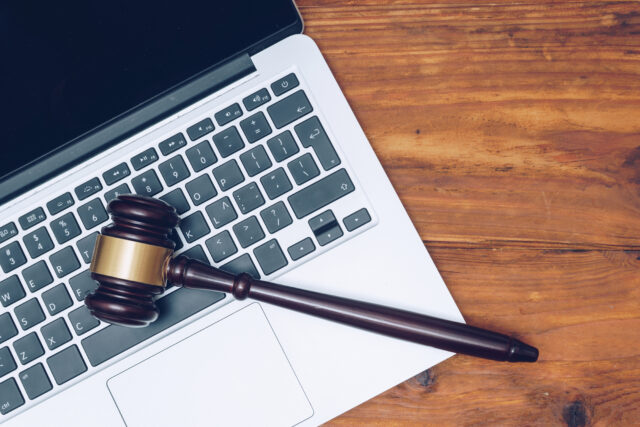 Farm auctions have traditionally been community events. The auctioneer’s unmistakable rapid-fire bark is baked into the fond memories of most anyone who grew up in a rural community.

At the same time, auction day has not always been such a treat for farmers. Live auctions take place at specific times and locations that are not always the most convenient. Also, relatively high commissions, time and transportation costs are a fact of life at the auction mart—particularly for vendors.

But what if you could bid on or sell farm equipment from your living room or the cab of your tractor at any time? That’s what a growing number of farmers have been doing over the past decade thanks to online auction services. These allow farmers to transact virtually anywhere in the world from their devices, often with lower commission costs.

It’s an experiment which seems to be paying off for certain auctioneers. Mike Pugh, owner of Progressive Auctions & Equipment Sales, an online exclusive auction platform based in Calgary, Alta., says he’s seen substantial growth in farmer participation in the four years his company has been in business. “I don’t know if it’s doubled in size but it’s been close. It’s been going up and up and gaining a lot of steam.”

McDougall Auctions, a Regina, Sask., company with offices across Canada, is an example of a live auction company which has successfully made the transition from physical to digital.

“The numbers say it all,” says Jon Massey, executive assistant with McDougall Auctions. “On a good sale day at a live auction, we may get no more than 100 bidders while our online auctions attract 4,000,000 per month … from over 40,000 registered bidders.”

The path to online came with some initial hurdles, says Massey. “We pioneered the online equipment auction platform in 2010. As we transitioned from live to online auctions, there were difficult adjustments to make. Old-school bidders were against the change and still viewed auctions as something that should be done in person with the added social environment.

“Ten years later, we conduct no live auction sales. The online auction sales we conduct and variety they offer bidders has brought strong sales results and great reception within the community. We live in a technological age and our bidders have adapted along with us.”

For Pugh, a big part of overcoming skepticism is to simply build trust. Progressive Auctions strives to assist buyers and sellers as much as possible between farm gates by building safeguards to help ensure there are no nasty surprises on either side of the transaction, he says.

“It’s still an auction, so buyer beware, that’s still the same. However, there is a social and corporate responsibility to be honest and truthful in what we’re selling so that when [buyers] are bidding they know what they’re getting.”

Lower costs are also a factor in farmers’ growing acceptance of online auctions. Progressive Auctions claims to save sellers two to seven per cent in commissions compared to competitors. This is in large part due to low overhead: for one, they don’t have auction marts to maintain. Also, sales people work commission-only from “mobile offices,” says Pugh.

An ‘easy button’ for driving scale

Progressive Auctions would not be able to conduct business at its current scale if not for a bigger platform, which is why it utilizes AuctionTime. This website is the hub of Lincoln, Nebraska-based Sandhills Global’s auction services. Think of AuctionTime as eBay and Progressive Auctions as a small, home-based business selling its products through eBay.

Sandhills Global specializes in the auction, retail and rental of agricultural, trucking and construction equipment. In the internet era it has built dozens of websites dedicated to those interests. That means Progressive Auctions’ listings not only appear on AuctionTime and its own website, but on several Sandhill-owned agriculture equipment retail sites such as TractorHouse and MarketBook. The result is international publicity of listings.

“Since we drive so much traffic from farmers searching our sites for retail equipment, when we put in these auction items, that marketing hits so many end-user buyers,” he says. “It really gives these auctioneers a reach that, if they had to do it on their own, would require a heck of a lot of marketing. It gives them an easy button to hit a massive audience.”

For Pugh, using AuctionTime as a sales platform simply made good business sense. “It’s been a great way for a relatively small company like ours to compete with the largest auction companies in the world. Why re-invent the wheel?” he says.

McDougall Auctions tries to keep the auction process as simple as possible for both buyers and sellers, says Massey. “[Your] account will allow you to bid on any item in any sale in any location. There is also a ‘buy now’ option offered on certain items.”

The sales process, while mostly digital, does retain particular tactile, in-person moments. “In order to consign items to sell in our auctions, we attend the vendor’s site to view, inspect and evaluate their equipment. We then sit down with the vendor and negotiate out a sale agreement for the remarketing process.”

Sales representatives with Progressive Auctions also employ a personal touch, visiting the seller’s farm to take photos and video of the equipment being sold. “We get as much information about the machine or equipment as we can and create an online listing,” says Pugh.

Although buyers are responsible for shipping from the seller’s location to their own, Progressive Auctions tries to get them as much advance shipping information as possible so they can factor those costs into their bids.

“We jump on board immediately to say, ‘If you are interested in looking at transport options, we are more than happy to get quotes and multiple quotes.’ We’ve been doing this for a while and we’ve got a lot of trucking outfits and customs brokers we can connect with to try and get the most efficient, cost-effective price,” says Pugh.

Generally, 75 per cent of all transactions made through Progressive Auctions are completed within a week. “Ninety-nine per cent take place within two weeks. There are rare circumstances where they get drawn out a little bit longer if there are financing or some sort of payment issues,” he says.

Seller default is rare but happens occasionally, according to Pugh. Most of the time the contract is sufficient to enforce compliance but the company will step in if necessary.

“A couple of years ago we sold a unit and the seller said it didn’t sell for what he wanted and he didn’t want to release it. There are multiple routes we can take with that.  In this case we had a conversation with the highest bidder to sort out the situation.”

Will online auctions eclipse the live auction? It’s probably too early to say. There will likely always — or at least for some time to come — be buyers who prefer to “kick the tires” before making a bid on an expensive piece of equipment. Pugh believes the online portion is just going to keep growing, however.

“The technology will likely get better. There will be new platforms but it’s just going to continue in that direction,” he says.