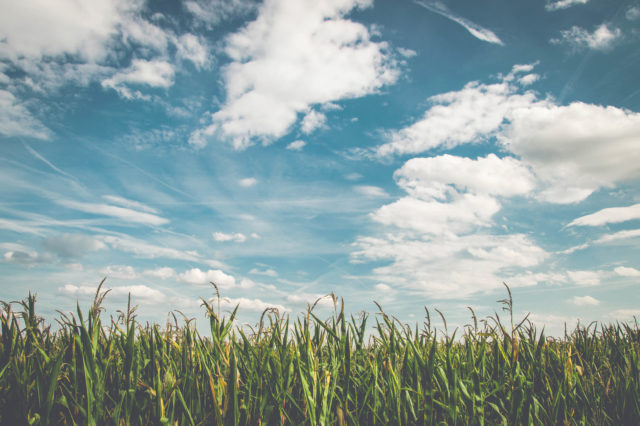 As farmers, most of us are tired of hearing it – that we must keep increasing production to feed a hungry world. Many academics, politicians and especially agribusiness leaders have long repeated this mantra and while it has a grain of truth, it’s largely misleading.

World food production has generally increased at a pace that exceeds both population growth and the growth in demand. There are times when worldwide grain-stocks-to-use ratios become tighter and grain prices rise, but the opposite seems to be happening in many commodities in recent times. We could very well be going into a prolonged period of lower grain prices characterized by more gluts than shortages.

However, this doesn’t stop the imperative to continue aiming for higher yields and more production, albeit in a cost-effective manner.

A surprising number of producers actually disparage new technologies. “That will just increase production and drive our prices down,” they say. “Only the input companies are getting rich.”

The price of canola seed is one of the most obvious targets for displeasure. It would certainly be desirable to have more canola seed companies competing more vigorously on seed prices, but it’s hard to argue with the success of the canola industry.

It’s Canada’s largest crop because there’s effective weed control and because it has often been the most profitable crop in many regions. Seed for open-pollinated publicly-developed varieties was dirt cheap compared to today’s costs. However, the high cost of seed brings superior weed control, superior disease resistance and much higher yields.

If you can make more money growing 25-year-old varieties, go right ahead.

Canola isn’t for everyone and that’s OK. Personally, I’m a mustard grower. I farm in a dry region. Input costs are lower for mustard and even though weed control is a lot tougher, I think I can make more money most years with mustard. Most of my neighbours grow canola so they see things a bit differently.

The first hybrid brown mustard variety will be grown on a small acreage in 2019 with a much more significant acreage available in 2020. So far, this hybrid is showing a 20-plus per cent yield advantage over the check variety, Centennial brown. However, with hybrid production, producers will have to buy new seed every year and that seed will be more expensive.

I have a front-row seat on this whole issue because I serve as executive director of the Saskatchewan Mustard Development Commission and I’m surprised by the opposition to hybrid mustard.

This is a non-GMO hybrid, developed by Agriculture and Agri-Food Canada and mustard breeder Bifang Cheng. The work has been supported by mustard producers, the mustard industry and governments.

The goal is to provide the hybrid seed at as low a cost as possible. No big companies taking big profits. In the years ahead, a synthetic or population hybrid of yellow mustard should be available followed by hybrid oriental mustard.

“This will just lead to overproduction and drive down our prices,” say the critics. Various efforts are underway to try and expand the demand for mustard and mustard ingredients, but consumption is certainly limited. Too much production leads to lower prices and that’s why mustard prices vary greatly from one year to the next.

But whether it’s mustard, canola, wheat or lentils, there’s little choice but to strive for higher yields. In the case of mustard, high prices have spurred production in countries like Poland and Russia and they’re capturing some of our market share using seed that was probably pirated from Canada.

Stealing our plant genetics won’t be nearly as easy with hybrids, so Canadian hybrid mustard will give the Canadian industry a competitive advantage in the world market. We should be able to recapture some of our lost markets as long as we can maintain quality attributes.

No matter the commodity, you can’t stop striving for higher yields with lower costs per unit of production. It’s not because we need to feed the world. It’s because if you sit still, you’ll get run over by the competition.

I don’t know a single farmer who makes input decisions based on the noble purpose of feeding the world. We make input decisions with the aim to increase our overall net returns. And we strive for higher yields to remain competitive in export markets.