Home A Farmer's Viewpoint Plant Innovation: Who Will Pay and How? 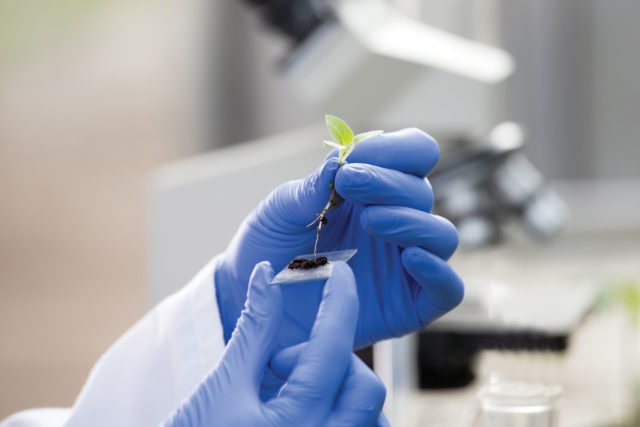 More money needs to be invested in plant innovation and crop breeding or Canadian agriculture will fall behind major competitors. This is not a message farmers like to hear because the money for variety development will increasingly come from them.

Last winter, proposals calling for an end-point royalty system, or a trailing contract system, were advanced. In each case, the purpose is to collect money from farm saved seed and this created a great deal of angst. It’s been a long time since so many farmers displayed so much emotion.

There’s no way to know how this debate will play out, but the issue will not go away.

At a time when farm margins are tightening and in certain cases have disappeared, any talk of increasing farm expenses is naturally met with resistance. There’s also a feeling that somehow farm saved seed is an unalienable right.

But all the opposition doesn’t change the facts. Public plant breeding in this country has been in decline for decades and governments aren’t going to ride to the rescue and start investing big gobs of new money. The gradual cuts have continued over the years no matter what party has been in power.

Yorkton farm reporter Jack Dawes interviewed Todd Hyra, the head of Secan, about the decline of public plant breeding programs. None of this was news, but people tend to lose perspective on how much has changed over the years.

Half a dozen years ago, the Glenlea Research Station south of Winnipeg and the Regina Plains Testing Station were closed, reducing the resources available to public plant breeders. Five years ago, there were three separate flax breeding programs in Western Canada. Now there is one, located at the University of Saskatchewan’s Crop Development Centre.

Hyra noted plant breeding positions have been cut within the federal program. The work being done within the public system has steadily diminished.

In a crop like canola, the private sector has long taken the lead. That’s because there’s money to be made. The vast majority of producers buy their hybrid canola seed every year. Farm saved canola seed is almost non-existent.

We grumble about the very high cost of canola seed, but the crop dominates prairie agriculture. It’s hard to argue with success.

However, in open-pollinated crops such as wheat, durum, barley, flax and pulses, private investment has been limited. Farmers buy certified seed when they want a new variety, but after that they keep their own seed for years. There just isn’t enough money to be made to fund major varietal work.

Personally, I’m not a fan of an end-point royalty system. It would be yet another check-off on grain sales with the money earmarked specifically for variety development. Collecting and allocating the money would be no end of hassle. Besides, why not have the producers using the new varieties be the producers paying for them?

That’s why the trailing contract system makes more sense. It would let the marketplace function. Farmers buying a new variety would agree in a contract to pay a royalty on farm saved seed for subsequent years. If you don’t seed that variety after the first year, you don’t pay.

The initial cost of the seed may actually be less than what’s currently being charged for certified seed for various crops because the seed company would count on you saving seed and paying an ongoing royalty.

If you think a new variety has enough merit to justify the initial cost and the ongoing cost, you can agree to the contract and buy it. If you don’t think the cost is justified, you use existing varieties that don’t carry a trailing royalty. Isn’t this how the marketplace is supposed to work?

Why should farmers have to pay? Because we’re the primary beneficiaries. Public funding for trait and variety development must continue, but we’re fooling ourselves if we believe governments are going to cough up enough resources to keep us competitive with the rest of the world.

There are many legitimate concerns that must be addressed before any new system is adopted, but if we want crop varieties with improved yield, quality and disease resistance, more of the required money will have to come from farmers.