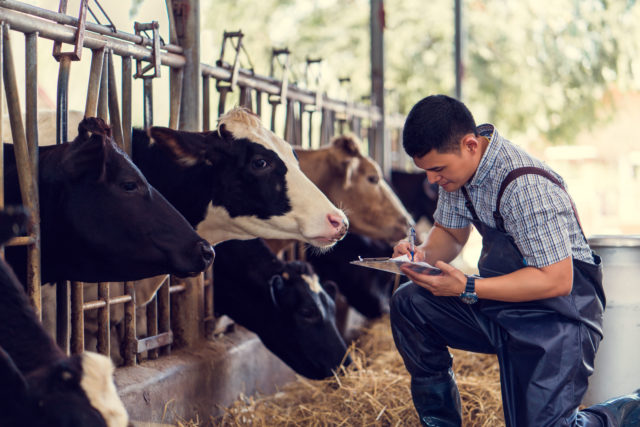 As Canadian grain farmers, we need a code of practice. Before you see red and start calling me names to suggest yet another useless, bureaucratic exercise, hear me out.

Codes of practice have been developed for practically all the livestock species raised in Canada – beef, bison, poultry, equine, farmed deer, hogs, rabbits and sheep among others. The codes for dairy and goats are currently under revision.

Codes are developed and regularly revised through extensive consultation and a lot of heated discussion over what constitutes proper production methods. Producers, farm organizations, veterinarians and animal behaviour experts are all part of the process. The first livestock codes were developed in the early ’80s.

These codes are not legal documents, but they lay out the basis for what’s considered practical and ethical. Let’s say you need to euthanize an animal. This isn’t pleasant no matter how it’s done and someone unfamiliar with livestock production might be appalled. However, if it’s carried out according to the code of practice, there’s a strong defence.

Back in 2016, the Code of Practice for the Care and Handling of Beef Cattle called for pain control when castrating bulls older than nine months of age. In 2018, that was revised to six months. Recommendations and expectations change and some codes can become law.

The Canadian livestock codes are easy to find on the Internet. The one for beef cattle is 56 pages long and covers everything from assisted calving to proper water supply.

The grain industry has nothing comparable. Covering all the practices involved in crop production will make it an extensive document. A grain code might require some regional variations and there will be uncomfortable questions.

Should you always use separate augers for treated grain or can those augers be properly cleaned and then used for harvested production? Is application of fertilizer onto frozen ground or onto snow considered an acceptable practice? Some jurisdictions have laws on this, but others don’t.

In some provinces, namely Ontario and Quebec, farmers need pesticide application licences for applying crop production products on their own land base. That’s not the case in the Prairie provinces. What should the code of practice say? Should the industry be working towards having everyone licensed?

What’s the proper way to dispose of outdated crop protection products? What about excess treated seed? How do you provide employee safety training? What are age appropriate jobs for farm kids?

For the first time, the Canadian crops sector is considering a code of practice as part of what it can do on the whole public trust issue. Over time, this would be far more valuable for the industry than throwing more money at yet another consumer education initiative.

Many groups are working at the education approach including Farm & Food Care, the Canadian Centre for Food Integrity and Farm Credit Canada through its Ag More Than Ever campaign. From time to time, yet another group will make a foray into this arena producing some sort of documentary that’s supposed to change the viewpoint of the entire consuming public.

Yes, there’s value in producers telling their story and being active on social media, but all the evidence suggests it’s an uphill battle. Too many consumers are too far removed from agriculture and too many are scientifically illiterate.

To them, any pesticide residue, no matter how small is unacceptable. They don’t understand the concept of maximum residue limits which are set with incredibly wide safety margins. They don’t realize the entire world is made up of chemical compounds and it’s the dose that matters. GMO crops sound scary. They can’t be natural and the new technology of gene editing is probably bad too.

Celebrity viewpoints carry more weight than those of farmers and scientists, plus the celebrities often garner free media. For agriculture, an inexhaustible budget would be needed for a publicity campaign to have any hope of moving the needle on public opinion.

But it is worthwhile to put our own house in order – to have the difficult discussions about what are acceptable grain farming practices and what are not. We can pretend that all farmers are saints and that nothing inappropriate ever happens, but the reality is different.

There are farming practices that should change and some that should end. Developing a code of practice may seem like an academic exercise, but it’s actually a valuable starting point for dealing with public perceptions.