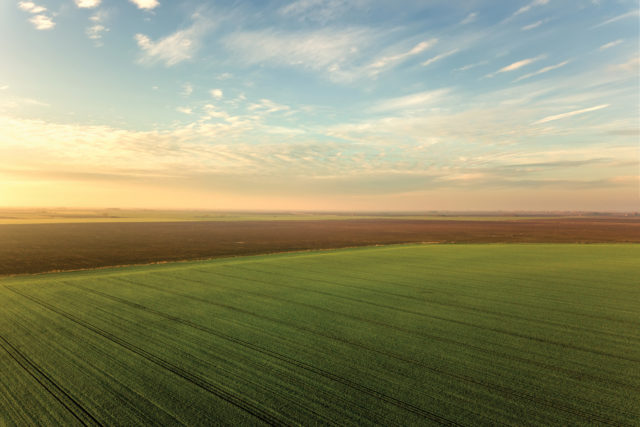 In farming circles wherever you travel, there’s a commonality to conversations over land prices and cash rental rates. See if you’ve heard or made these comments before.

“How can anyone justify buying land at current prices? There’s no way that pencils out.”

“Did you hear what guys are paying for cash rents? There’s absolutely no profit after paying that sort of money.”

The numbers differ depending upon the area, the province, soil quality, crop mix and whether there are factors beyond agriculture in the equation. However, the premise is the same. A large portion of the farming population can’t figure out how others are able to pay ridiculous prices for the privilege of investing more money into trying to grow a crop.

It should be noted that many of those complaining are still buying and renting additional land. They just find it popular to make the same comments as their neighbours.

Outside investors are a popular whipping boy. For producers aggressively expanding, rumours often start to circulate about outside money fuelling the expansion.

That may be true in some cases, but in reality many farmers are expansion oriented and overall demand from producers is the main factor propelling prices to the stratosphere.

Of the three Prairie provinces, land prices remain the lowest in Saskatchewan where producers still marvel at good grain land selling for $3,000 an acre or more. Some of the official statistics suggest average provincial land prices remain far below those values, but price direction is not in question. These numbers will seem low for producers in many areas of Alberta and Manitoba.

“Just wait until interest rates rise a bit. With commodity prices so soft, there’s going to be a lot of farms in trouble,” says the coffee shop wisdom.

That could happen and there are some analysts sounding alarm bells over skyrocketing farm debt. However, farm equity has risen even more quickly and loan defaults are extremely low. The rate of increase in land prices may be slowing, but it would take a lot of economic hurt to cause prices to drop.

Land has always been an investment. Most farmers owe most of their increasing net worth to increasing land values rather than all the profits they’ve accumulated from farming.

Look at it from an investor’s point of view. You buy land for $3,000 an acre and rent it out for $100 or more per year, net of land taxes. The $100 an acre is only a 3.3 per cent return on your investment, but that’s as good as any GIC at the bank. In addition, the value of your investment has been increasing by five, 10 and even 15 per cent a year with near continuous gains for the past 20 or more years.

For a farmer, it may be difficult or even impossible to pay for a land purchase with the cropping profits from that land, but for a long time it has been a very good investment.

More difficult to understand is the rationale for escalating cash rental rates. Every producer should crunch their numbers. Beyond all the operating costs, what are the true fixed costs in your operation? After accounting for the cost of eventual equipment replacement, what is your return per acre? After paying cash rent, are you actually making any money?

Sometimes there’s an end game to land rental. The hope is that you’ll get first crack at buying the land if it ever goes up for sale.

That reason aside, why do some producers pay exorbitant cash rents? Perhaps their margins are so much better than others that they can still make money. Perhaps they are more optimistic than the guys who prophesies on coffee row. But maybe they’re fooling themselves and the land base they own is actually subsidizing uneconomic cash rents on the rest of their farm.

Buying farmland has proven to be a good long-term investment even though the land may not pay for itself. The justification for uneconomic cash rents is more difficult to see.